Home Finance The A To Z Of All Things Interesting You Can Expect When... 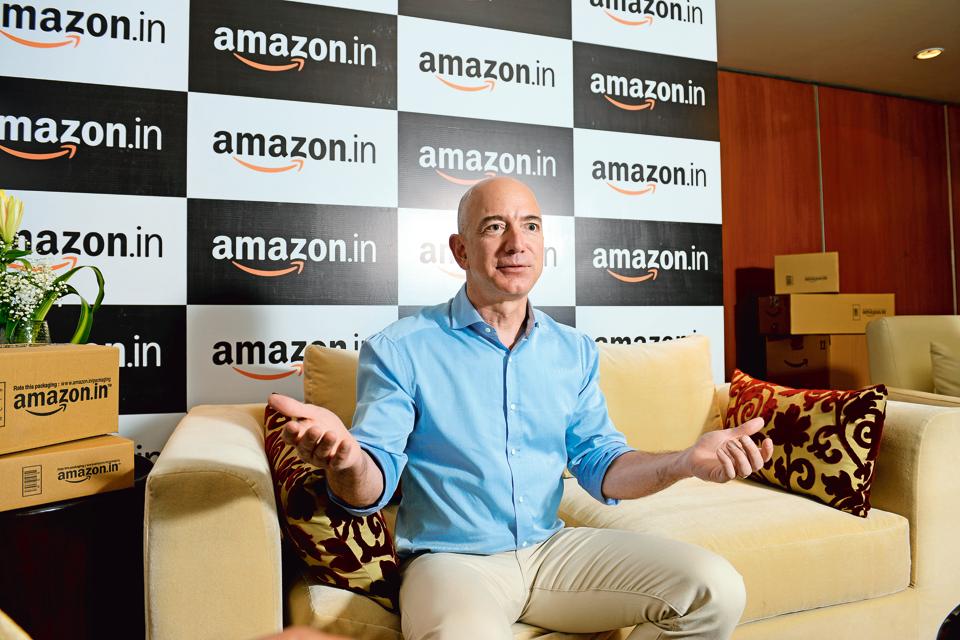 Jeff Bezos is the man who is so outrageously rich that his wealth outranks not only everyone else’s on the wealth index, but also his own position and work in his introduction, which is not necessarily required but is too remarkable to be skipped subtly.

The founder and Chief Executive Officer of Amazon.com, Inc., Bezos is going to visit India on January 15 for three days. Before you think he is coming for a short period, bear in mind that he meets with the investors of Amazon for only six hours in a year.

He is likely to meet with the top businessmen, industry leaders and government officials of the country. Furthermore, a meeting with Prime Minister Narendra Modi is on the cards. 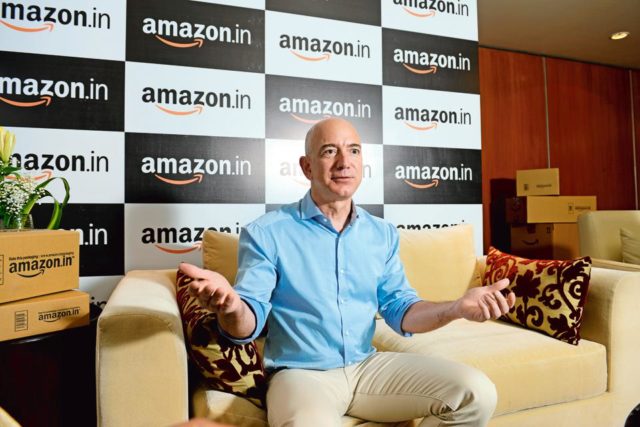 The fact that he is going to kick-off this year with a trip to India, which was being planned for quite some time now, underlines how strategically important India has become for Amazon.

After all, how can a billionaire not pay attention to the market of a billion plus people!

While Bezos’ primary objective is reportedly to review and sketch out the expansion of Amazon’s operations in the country this year, his visit will be marked by some interesting developments that you should watch out for.

‘SMBhav: Infinite possibilities for SMBs’ is an event organized by Amazon to connect with small and medium businesses from January 15 to 16 in New Delhi. Apart from Bezos, the event is expected to be attended by bigwigs like Infosys co-founder, N. R. Narayana Murthy, and CEO of Future Group, Kishore Biyani.

Interestingly, the Confederation of All India Traders (CAIT) is going to stage protests across India during Bezos’ stay here as it alleges that Amazon and its competitor, Walmart-owned Flipkart have flouted Foreign Direct Investment (FDI) rules.

Last year, the government had tightened rules governing the e-commerce market to create a level playing field for 130 million small traders. However, the traders are ostensibly dissatisfied with how the online retail giants have eaten into their business by offering heavy discounts during festive seasons, and preferring merchants who are their subsidiaries.

On one hand, Bezos will discuss the new e-commerce regulation policies, which his company identified as a risk-factor, with government officials. On the other hand, he will emphasize on how collaboration with Amazon will augur well for the small and medium retailers who currently don’t side with him.

Also Read: With Robots In Hotels & Amazon’s Plans For A Cashierless Supermarket, Are Human Jobs In Service Being Taken Over?

Increase in the number of people who access the Internet in the country has led to tremendous growth in the popularity of digital streaming platforms such as Amazon Prime Video and Netflix as viewers are lured by on-demand content available in different genres.

However, catering to a diverse set of people is no walk in the park. Some people have filed petitions in recent times against streaming platforms for content that has hurt their sentiments because it was abusive, derogatory and/ or factually incorrect in nature. Amazon’s The Family Man and Mirzapur have been on the receiving end in this regard. 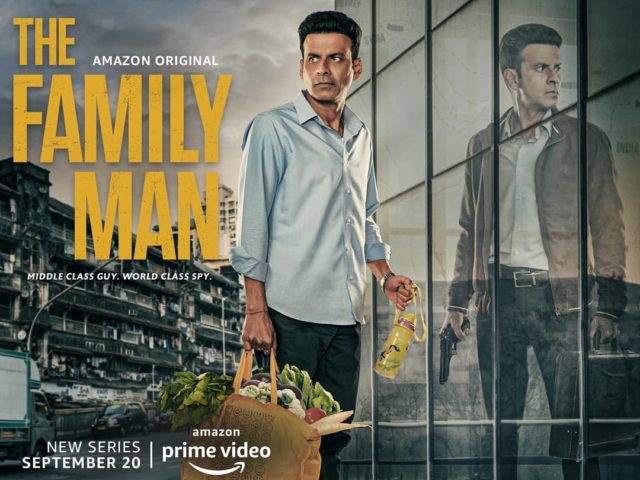 As a result, the government is planning to bring regulations that make it mandatory for online content to be approved and certified before it is streamed. Amazon is reported to not be in favor of such censorship.

A huge Prime Video event is scheduled in Mumbai where Jeff Bezos will have a fireside conversation with Bollywood superstar Shah Rukh Khan about the future of online content. He may also meet and greet other actors from the industry.

What Bezos says at the event will give an inkling of how Amazon plans to flex its creative muscles amid imminent censorship rules and how it will tweak its policies to fall in line.

Amazon Vs JioMart In India

India is soon going to witness the battle of billionaires in the online retail industry, which will be valued at $200 billion by 2027, as per Morgan Stanley. Online sales are expected to hit $60 billion in India this year.

Reliance has leveraged its retail and telecom businesses, Reliance Retail and Jio respectively, to start its online retail arm named ‘JioMart- Desh Ki Nayi Dukaan’, which offers groceries and other staples currently. It has been soft-launched in the outskirts of Mumbai in areas such as Kalyan, Navi Mumbai, and Thane. 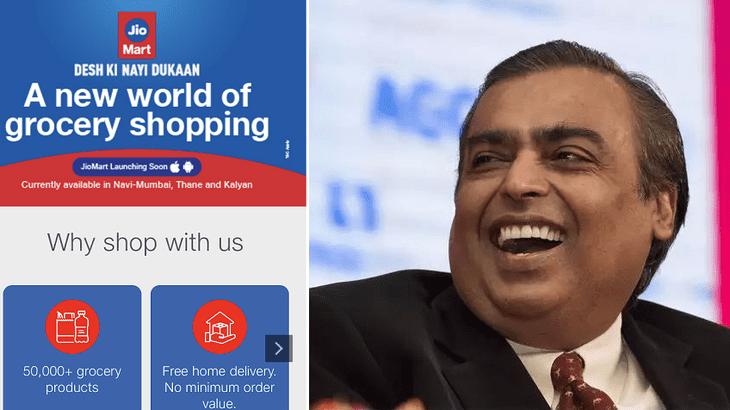 Shopkeepers are being registered on the online platform and given points- of-sale (PoS) devices with inbuilt applications for billing, digital payments, and supply chain management. Customers will sign up online to order groceries, which will be delivered to them from nearby retail and kiraana shops.

Customers will be offered free delivery and big early-bird discounts, while shopkeepers will get to buy goods at cheap prices from Reliance’s wholesaler network.

Aware of the upcoming local competition, Amazon India signed a deal with Kishore Biyani’s Future Group on January 6 to bring its range of brands on the online platform.

Mukesh Ambani is all set to cause a disruption in the online retail sector with the expansion of JioMart, just like he did in telecom with Jio in 2016. It will be interesting to see how Amazon will face this challenge.

Jeff Bezos is not only going to decide the path that his company will take in various industries, but will also determine how much he will invest in the country going forward.

Local competition, regulations, censorship, business expansion, and the potential of growth in a country on the cusp of development- there is a lot to deliberate for Bezos whose visit and decisions come at a critical time for the Indian economy.

Watch: Hacks To Get The Best Out Of The Festive Sales On Amazon And Flipkart