The technological sector is rapidly expanding to the point where we might soon enough have flying cars.

With internet, robots and Artificial Intelligence (AI) being used in not just corporate or industrial sector but also the hospitality one, this merging of humans with tech is quickly becoming common place.

Amazon Echo and Google Home already allow people to control their home appliances with just a voice command, there are even remove controls that can be operated the same way.

But, with AI being used in the service sector like restaurants, fast food chains, hotels and more with increasing frequency it does raise the question of job security for the human employees.

Sure, it might be good to get everything instantly without having to wait in line for even 5 minutes, yet one has to wonder how it might affect the job sector.

Already the employee sector is over-saturated with more and more people joining each year without having the proper number of jobs being provided to all of them.

Now with AI and even robots being used in the service sector, minimum wage jobs could be in trouble.

A few recent incidents have further highlighted how this could be happening sooner than we think:

A Washington Post journalist, Anna Fifield recently posted a tweet about how she got her room service in a Shanghai hotel in an extremely unusual way.

I called for more coffee pods in my Shanghai hotel room and this is how they came to me: pic.twitter.com/zqc9OLpXHA

The journalist in a video showed how a robot came to her room to deliver her room service when she requested for some coffee pods.

She also posted that the robot informed her in both Chinese and English that it was outside her room.

A few other users on Twitter also commented that this was not extremely unusual. One posted how they experienced something similar in a Beijing hotel while another talked about how they had a robot companion in a lift while staying at a South Korean hotel. 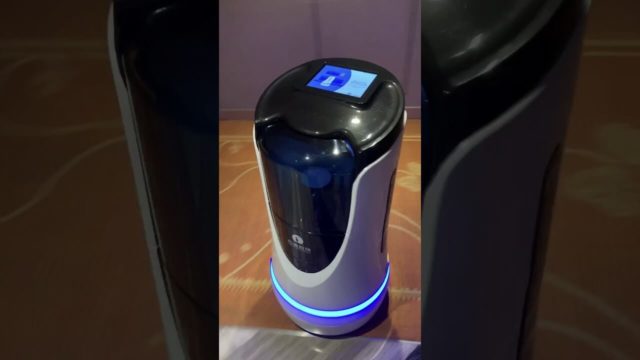 In other news there are also talks about Amazon opening their Amazon Go supermarkets and pop-up cashierless stores.

These stores are set to use the Go technology where customers can scan their Amazon Go app on their smartphone and just pick the items that they require. During this cameras and machine visions track the items that customers are picking up and they will be sent a receipt of their purchases once they exit the store.

This removes the need of a cashier and does not make the customer stand in long checkout lines.

Read More: After Google Pay Comes Facebook Pay And WhatsApp Pay: Here’s Why Too Many Payment Apps Are Dangerous

McDonald’s is not safe from this as they now have kiosks and use AI to remove the need of human employees.

I'm not saying we should fear automation. But I was able to order McDonald's in DC without having to deal with a soul. And the store, instead if having 5 cashiers had 2 and 2 machines. #TheWorldOfTomorrow pic.twitter.com/d7Z6HM2Lpr

Although practically all McDonald’s stores still have their traditional cash counter, in many countries across Asia, London, US and more they have these kiosks set up inside the restaurant.

With them you can easily go through the menu, select the items and pay without having to stand  in any line or talk to the cashier.

In latest news McDonald’s also wants to include AI for the drive-through services in order to quicken up the ordering process. 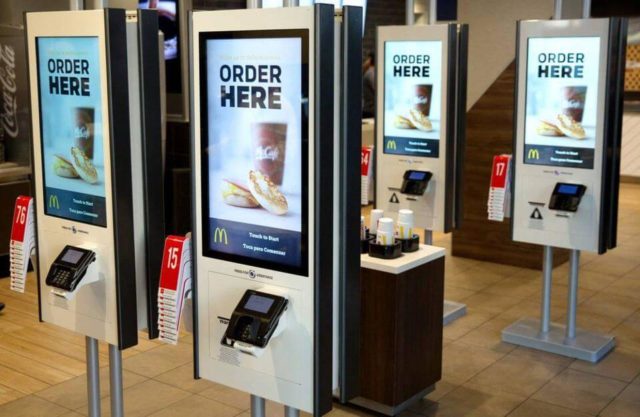 One person on Twitter did comment on how this is setting a dangerous precedent and could be harmful for human employees.

Machine replacing human. How far we go before we realize that technology replaced the Human basic rights to work & earn and to live. #YangGang https://t.co/GqA2nTbX4y

This is not all, since as per analysts at the Oxford Economics firm over 20 million manufacturing jobs across the world could be replaced by robots in just 10 years, i.e., 2030.

The people that will supposedly be most affected with the automation of the service sector will be from the low-skilled area.

As per a BBC report the firm also stated that, “Regions where more people have lower skills, which tend to have weaker economies and higher unemployment rates anyway, are much more vulnerable to the loss of jobs due to robots.”

The analysts at the firm have asked policymakers and authorities to start adapting workforce skills to the increasing world of automation.

All these facts are painting a grim picture of how many jobs there will be left for actual people.