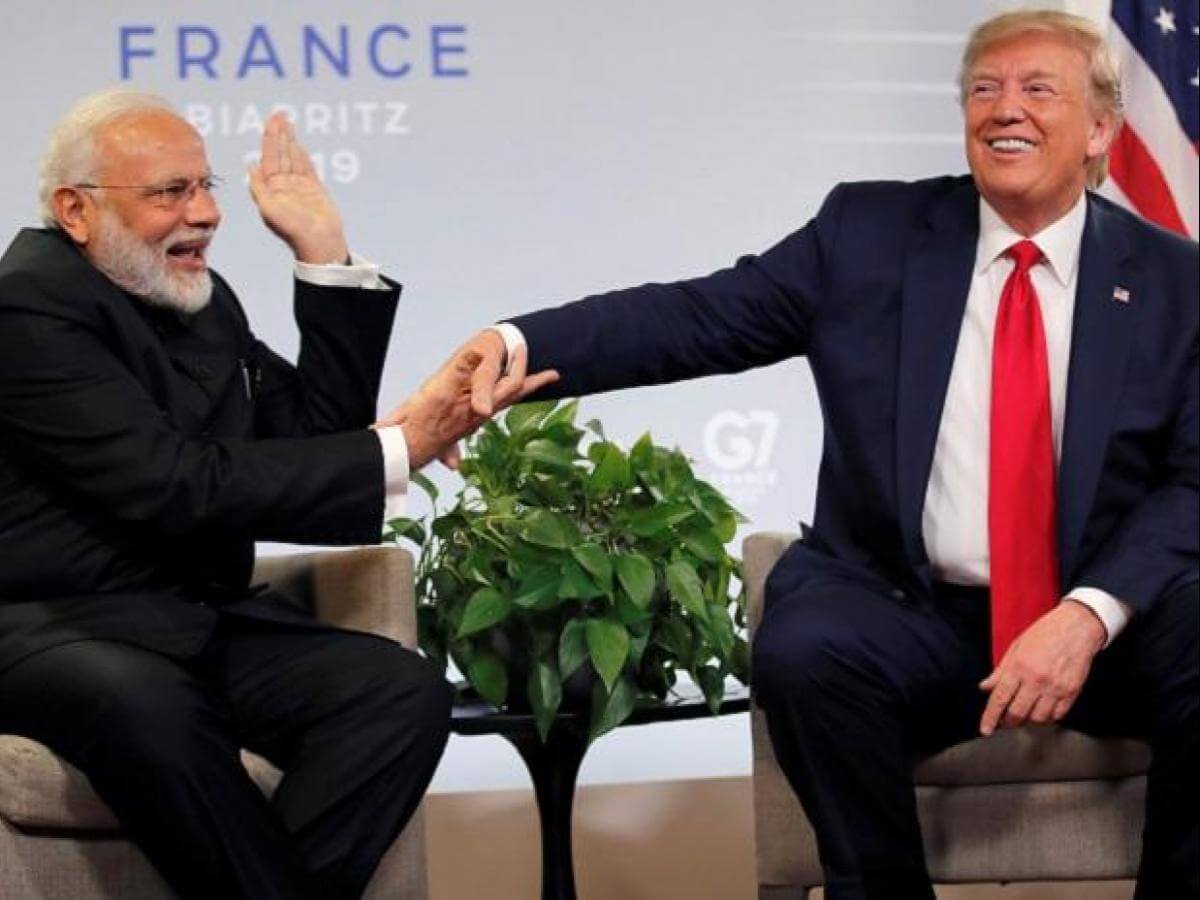 US President, Donald Trump’s visit to India is one of the most anticipated event at the moment. Considering that this is Trump’s first official visit to the country, experts are quite interested in what all this event will bring about.

President Trump, along with his wife First Lady Melania Trump will be making a 2 day visit to India on February 24th and 25th 2020. Sources have said that Prime Minister Narendra Modi, will be personally receiving the couple when they land in Ahmedabad on Monday.

After taking a look around Gujarat they will also be visiting New Delhi and then departing back to the US. The White house in its official press statement commented that both PM Modi and President Trump believe that this trip will “further strengthen the United States-India strategic partnership and highlight the strong and enduring bonds between the American and Indian people.”

Seeing how anticipated this visit is, there is a lot of interesting information revolving around the preparations being made to make Trump’s trip to India memorable. 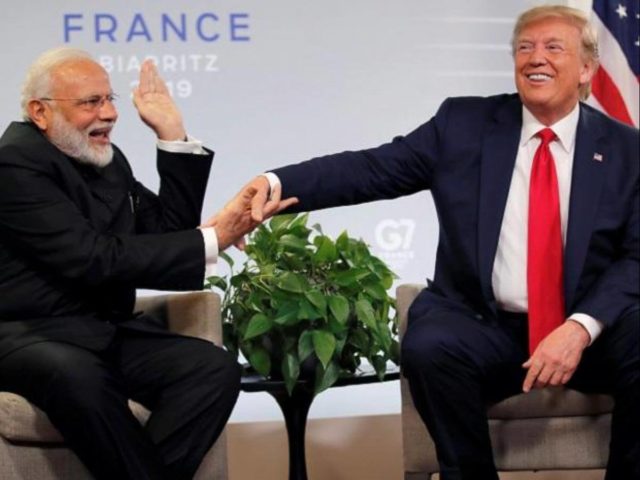 Here are 10 interesting bits of information that we know so far:

As per reports, the Ahmedabad Municipal Corporation (AMC) will have flowers worth Rs. 3.7 crore covering the entire stretch of road from Chimmanbhai Patel Bridge to Zundal Circle and up to Motera stadium.

The AMC has also gotten permission to get lighting, water and urinals at the stadium and it has been said that lighting along the route will be theme-based. It has also been reported that stages will be set up along the route on which various programmes will be held.

A 400 metre long wall has been built all along the route that Trump will be taking from the airport to the stadium. People, however, have criticised the municipal authorities for this move. They believe that this is just a way for the government to ‘hide’ the poverty and poor people from Trump and give a false impression of India.

Reports reveal that around 2,000 people are living in slums around that route. In a report by The Guardian, Keshi Saraniya, a resident said that, “Since they are spending so much money on this wall, why not use that to improve our slum and provide better facilities for us. Why are they hiding us poor people?”

As if this was not enough, the Ahmedabad authorities have also sent out eviction notices to people living around that area including the economically weaker slum residents.

Indian slum dwellers are accusing the government of building a wall to "hide poor people" ahead of Trump's visit to Gujarat, @AP reports https://t.co/olcjDA5nZd (Video via @QuickTake) pic.twitter.com/vr6ik7uW3z

Experts were looking forward to some trade deal being finalised, however, that does not seem likely.

According to reports, Trump said that “We’re not treated very well by India, but I happen to like Prime Minister Modi a lot,” which he followed with saying, ”Well, we can have a trade deal with India, but I’m really saving the big deal for later on.”

This is after Trump had removed India from a developing countries program that gave Indian exports a tariff free access to the US market. Along with that, US also had India reduce duties on large engine motorcyles and give greater access to its own farm and agricultural products.

It has also been said that Trump will be inaugurating the Sardar Vallabhbhai Patel Stadium that is now known as Motera Stadium. Reports reveal that this will be the world’s largest cricket stadium knocking over the Melbourne Cricket Ground.

The stadium is said to have a capacity of about 110,000 people. Trump will be giving a speech and addressing lakhs of people at the stadium. The Gujarat Cricket Association has also said that they would be spending millions of rupees at the event. 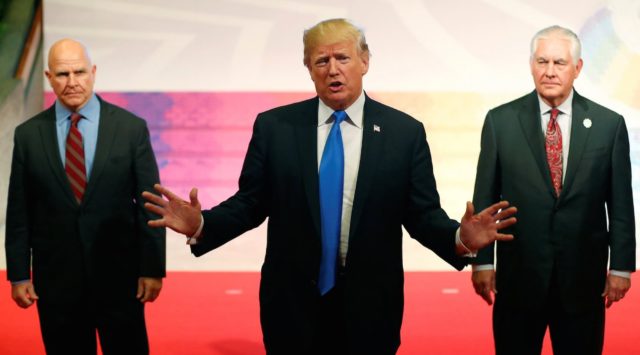 Read More: ED Voxpop: What Would It Be Like If One Of The Indian Stand-Up Comedians Ran The Country?

Apparently, India will also be finalising a $2.6 billion deal for military helicopters from U.S. defence firm Lockheed Martin before Trump arrives for his visit.

Reports reveal that since 2007, India has spent around $17 billion on defence purchases from United States and turned away from their usual supplier that was Russia.

#6. Trump And First Lady To Try Their Hand At The Charkha

Sources are also saying that Trump and the First Lady will be visiting the ashram where Mahatama Gandhi and his wife Kasturba Gandhi used to live. There they will try their hand on the spinning wheel (charkha) kept near ‘Hriday Kunj’.

#7. “Namaste Trump” To Have Lakhs Of People In Attendance

The event that will be held at the stadium is called “Namaste Trump”, and is said to have an audience of over 1.25 lakh people.

The name for the event could be an Indianised version of Modi’s own event that was held in Texas, US last September called “Howdy Modi”.

It is also said that this is a big attempt by Trump to appeal to the Indian Americans and gain their interest and thus their vote before the presidential elections that will be held in November this year.

During his time in Delhi, it is said that Trump and his delegation will be having a CEO roundtable where the President will be meeting some of the top Indian businesspersons.

This meeting will be taking a look at how US and India can increase the economic cooperation and straighten out their trade deal that has been a matter often brought up in anything US-India related.

Trump on the other hand, more than any actual business is more excited about the crowd size that apparently PM Modi has promised him.

President Trump said that PM Modi had promised him that “millions and millions” of people would be awaiting to give him a big welcome to India.

In various reports, Trump has said that, “He (Modi) said we will have millions and millions of people. My only problem is that last night we probably had 40 or 50,000 people… I’m not going to feel so good… There will be five to seven million people just from the airport to the new stadium (in Ahmedabad).”

A whopping amount of over Rs. 100 crore in total will be spent over hosting Trump’s first visit to India. This amount is almost equal to about 1.5 per cent of Gujarat’s annual budget.

Just his first day in Gujarat is said to bring about an expenditure of around Rs. 80-85 crore. Around Rs. 30 crore is being spent on the ‘beautification’ of Gujarat and improving infrastructure around the stadium.

One has to wonder if all this lavishness and money that is being spent around Trump’s visit will even benefit India in any way or just be another expense added on the already clumsy economy of India.