With devotion and faith in mind, devotees generously put a share of their hard-earned money into the charity boxes of the religious places. This act by them is evidence of their belief that their almighty will always be around them, helping them sail through the high and low tides of life.

To put people’s faith into action, a 15-year old boy from Dehradun, Abhinav Kumar Sharma, wrote a letter, urging the Prime Minister of India to order all the religious trusts to donate 80% of their wealth to P.M. Relief Fund. 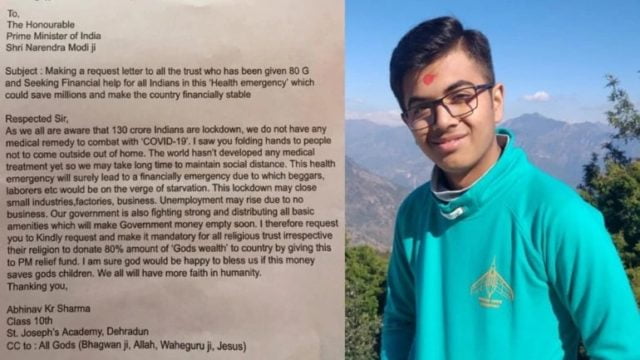 In his letter, Anubhav intelligently agreed upon the dire need of this lockdown and social distancing to stop the spread of the virus as there is no cure to combat the COVID-19 yet. At the same time, he threw light on the plight of the daily wage earners, labourers and the beggars who will be forced to starve due to the nation-wide lockdown.

Since all the citizens are ordered to stay inside their homes, many small-scale businesses, factories and industries may have to pull their shutters down. Due to this halt, the financial flow of the country will come to a standstill, unemployment will rise, and people will suffer from economic weakness.

He analysed that if the government alone keeps providing amenities, it will inevitably run out of wealth soon. So, the religious trusts of all the religions followed in India, should be asked to donate 80% of ‘God’s wealth’ to the P.M. Relief Fund.

It will assist and support the government in a great way to deal with the problems that arose due to this sudden ‘health emergency’.

In the past few days, along with the other citizens of India, many religious trusts have also stepped ahead for this cause. Trusts such as Shri Somnath Trust in Gujarat, Mahamaya Mandir Trust in Chhattisgarh, Mahavir Mandir Trust in Patna, The Catholic Church in Shillong Archdiocese, and many others from all over the nation have also voluntarily come ahead and donated a sum to the P.M. Relief Fund, and Chief Minister Relief Fund which is quite reassuring to see.

Rationally, the money being put into the charity boxes of religious places by the human race should eventually come out to serve humanity. This will strengthen the beliefs of people and support them.

People observe religious places as a channel between them and the supreme being. So, they wholeheartedly share their wealth in the service of the divinity.

Hence, in the times when the human race is facing a threat to survival and praying to God to seek their mercy, the religious places should do their part. They should act as a channel to shower compassion on the believers in the name of the supremacy.

Anubhav set an example for all of us to think in the right direction, leading towards the betterment of society. We should not indulge in any lawbreaking to worsen the situation. Instead, we should come together to prove to the world that intellectual India is capable of fighting back against every pandemic.

What Is A Final Year Student Going Through During Covid-19 Lockdown? 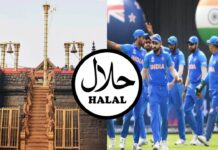