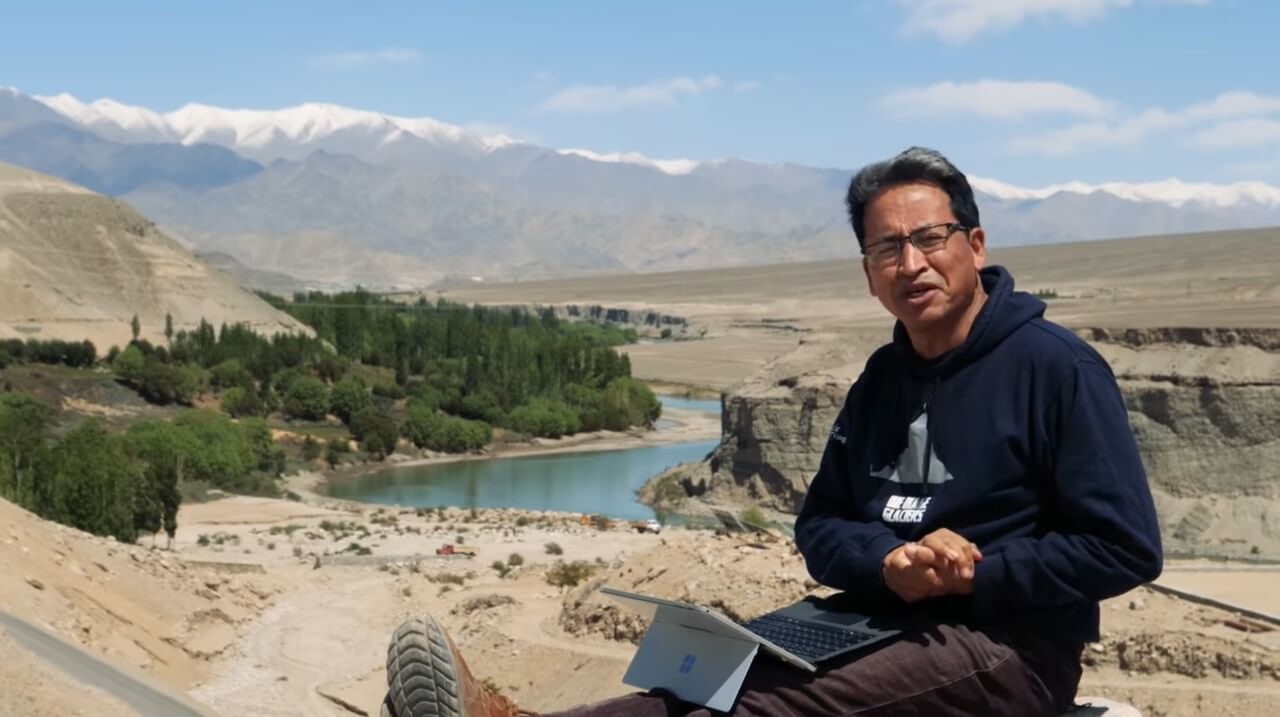 Sonam Wangchuk aka the inspiration behind the character of Phunsukh Wangdu in the movie 3 Idiots, uploaded a video just a day ago urging all Indians to use their wallets instead of bullets to fight against China.

He emphasizes the responsibility of a citizen to boycott China in his video, which has already gone viral:

Sonam Wangchuk tries to explain China’s reasons to attack the border near eastern Ladakh and how it is necessary for citizens to use their “wallet power” instead of soldiers using their “bullet power” in this fight against China.

Read More:  Court Takes Up Backlog Issue In Disposal Of Dead Bodies; Those Who Died 5 Days Ago Due To COVID-19 Are Yet To Be Cremated

China is facing backlash both externally and internally

Chinese citizens have been enraged because of the government’s way to handle the situation during the pandemic. While Hong Kong had faced protests even last year, recent protests surfaced after the Chinese government snatched the autonomy of the province.

China has been facing protests not only in India but worldwide. Twitter is trending with #boycottchina globally. China even rejected US President Donald Trump’s offer to be a mediator in the border standoff with India.

Sonam Wangchuk explains that Chinese disputes worldwide are not an attempt to start wars globally but to keep the country in check internally.

Citizens of that country have been infuriated over economic slowdown blaming the government for handling the pandemic poorly. Starting disputes internationally might generate sympathy and patriotism in the citizens, therefore putting a stop to the internal unrest. 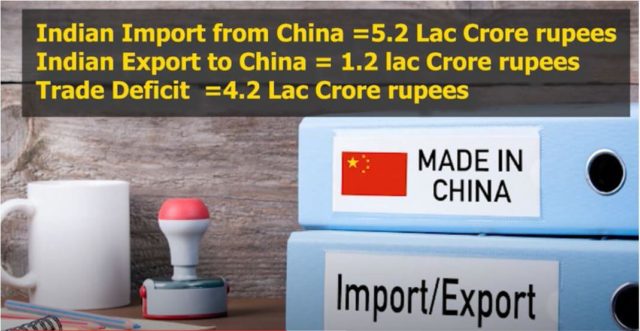 In just a day the video has got more than 5 lakh views and they are constantly rising. Twitter is trending with the hashtags “#boycottchina and #softwareinaweekhardwareinanyear.

Numerous people are uploading the names of Chinese apps that should be uninstalled like Tiktok, Shein, Pubg, Beauty plus and many more. 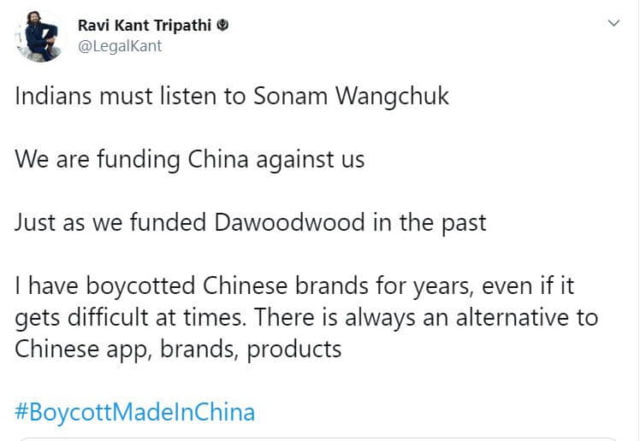 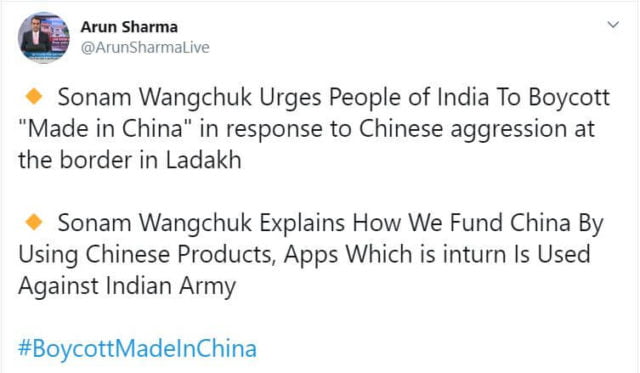 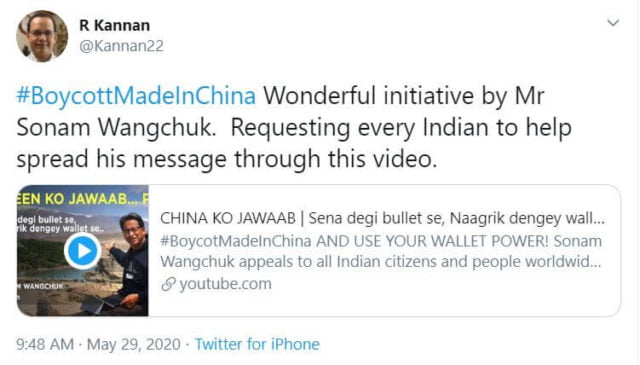 With excessive penetration of Chinese products in our lives, it is difficult but not impossible to chuck out the products.

Do you think you would be able to give up all Chinese items in your life? Or would you have a hard time boycotting? Let us know in the comments below. 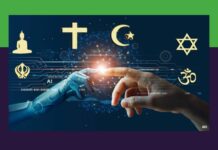 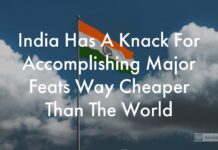