This Grammy’s season, Lady Gaga not only won two awards for her song ‘Shallow’ from ‘A Star Is Born’ but also stole the show with her speech, addressing mental health issues in the stardom industry.

“Mental health issues are so important. And a lot of artists deal with that, and we’ve got to take care of each other. So if you see somebody that’s hurting don’t look away”, Gaga said.

This reminds me of the legendary record-breaking stunt which surpassed Kylie Jenner’s record by being the most liked post on Instagram.

Yes, I’m talking about the World Record Egg which finally cracked this February. 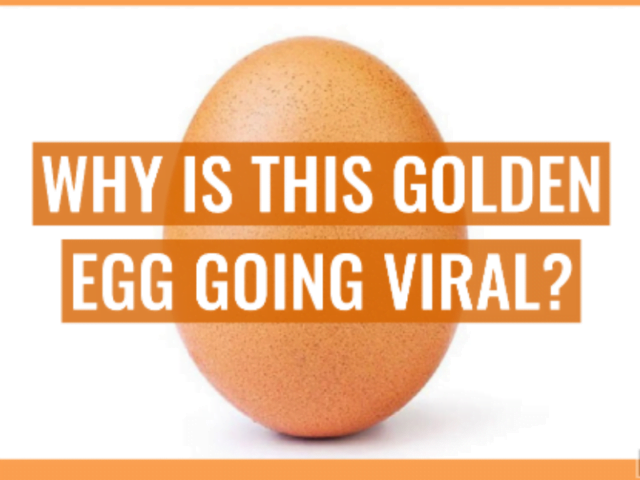 The genius behind this anda’s making was identified as 29 years old, Chris Godfrey as revealed by the ‘New York Times’. This all started when Chris thought of beating KJ’s record with an egg.

Something universal, without gender, age or religion.

I think that went well with almost 52 million likes against Kylie’s 19 million likes on Instagram. This pandora’s box opened revealing how the egg’s mental health was struggling due to social media pressure.

Both Lady Gaga and The World Record Egg addressed the known but quite unacknowledged issue of mental health . They go on to advise people struggling with mental health issues to reach out and just talk to someone.

A pandemic in making

There are thousands of posts, stories and videos shared on social networking sites on a daily basis.

Everyone is aware of how it creates a skewed picture of one’s self-image. I’m sure it’s all rubbish.

Isn’t that what you all might think? Since social media bhakts are quadrupling every minute. Aren’t we too smart too to let our mental health be impacted by 30 MB apps?

So, there’s no harm for me to take you on a boating trip. But, no expenses covered.

Also read: Valentine’s day is round the corner and Bajrang Dal memes are all over the Internet

Let’s get you an analogy. Imagine the egg rowing a boat on a warm sunny winter afternoon wearing high heels.

It climbs upon the boat with oars in hand and fully energized to have a refreshing adventure. One can clearly see the shore on the other side of the water that doesn’t look too far.

The talking egg decides to remove its heels to make the process easier, but can’t do so. There are taunts which seem to come out of nowhere.

With hesitation, the egg commences the journey with heels on. The first few rows are surprisingly easy. It hums along with the tunes of Jagjit Singh’s ghazals which no longer finds a place in the world of millennials.

The  hum comes to a halt as it hears disembodied taunts whispering, “shame, not trending ….not trending…not trending.”

It’s becoming harder and harder for the egg to row, finding it difficult to maintain balance with 5 inch long heels.

Eggy’s heels weigh tonnes and it’s 5 layered makeup starts to itch against the sun, which is at the apex. But still, it wouldn’t dare take them off because of the disembodied whispers.

So, our world record egg just hangs in there with an unstable boat, waiting for it to become better. 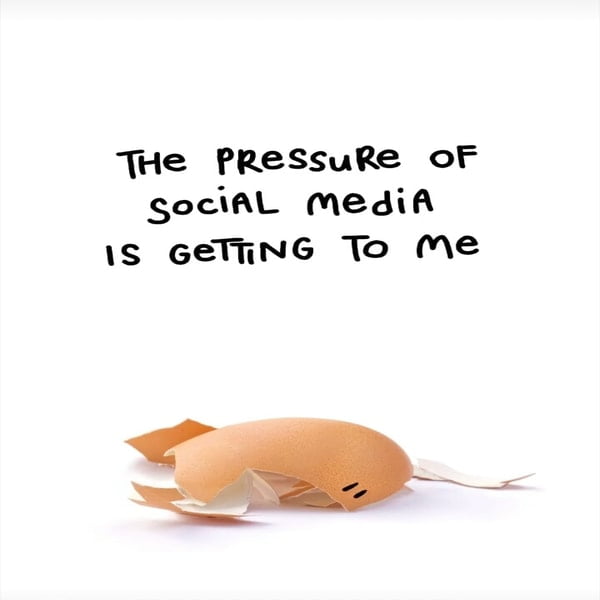 The egg is YOU

The egg personified the emotions of every other Instagram user who faces social media pressure but fails to acknowledge it.

Just like the story, people on social media tend to live a life based on validation from ‘disembodied figures’ in the form of comments, likes, and upvotes.

Towards the end of the story, the egg is clueless so as to which direction to stir to.

But, mind you, it hasn’t given up.

And as Lady Gaga said, “We’ve got to take care of each other.”

So high time we all not just acknowledge issues of mental health, but also create an environment which does not let it thrive.