According to a report by TechCrunch, iOS apps like Hollister, Expedia, Air Canada, Hotels.com, Abercrombie & Fitch, and many more, are recording its user’s screens without the knowledge of the users.

These apps are reportedly breaching all laws of privacy and security, by not seeking permission from the user before recording the data. They even fail to mention this policy in their privacy policies.

While there are several apps that sweep into your data and record it but these apps particularly ask for permission from their users before doing so.

TechCrunch further added in the report that a mobile analyst claims that Air Canada’s iOS apps further goes on to expose its users credit card details and passport data, replaying the recorded information.

How Did These Apps Not Come Under The Privacy Scrunity Of Apple?

While collecting all the data, Glassbox’s features prevents the user to have any knowledge of their data being recorded.

However, Abercrombie, one of the apps went on to admit that it has been using Glassbox but did not mention the “session replay”.

It clarified in its defense that they have been using this feature because it “helps support a seamless shopping experience, enabling us to identify and address any issues customers might encounter in their digital experience”, according to 9to5Mac.

Air Canada also responded and admitted that it does use Glassbox services to send screenshots within the app.

These apps can record your screens and replay your previous sessions which means that all your personal details are being tracked. These details particularly include your Credit Card details, Passport details and all your private information.

So whether you like, dislike, or visit a page, these apps would collect all the intricate details of your day to day virtual life.

Having your personal details exposed can make you vulnerable to all kind of threats – from security to economic threats.

Suppose you’re buying your favourite pair of boxers, or simply stalking your crush, these apps would record it all! Although the latter could even end you up in jail, so you’ll have more than one reason to worry about.

Are Necessary Steps Being Taken To Protect The User’s Privacy?

Apple in an interview with TechCrunch has threatened these apps to be banned from The Apple Store. Apple has told developers that they must remove code in apps that lets them record how users are interacting with their phone or their apps will be yanked from the App Store.

Glassbox is a cross platfrom product which means it is available for Android. However, it is against the privacy policies of Play Store. It is yet to see whether Google would take any action against these apps. 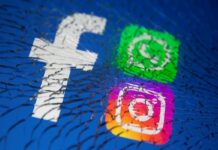 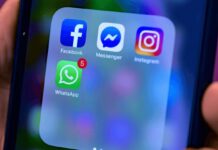 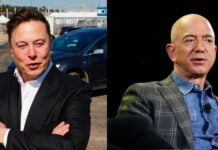