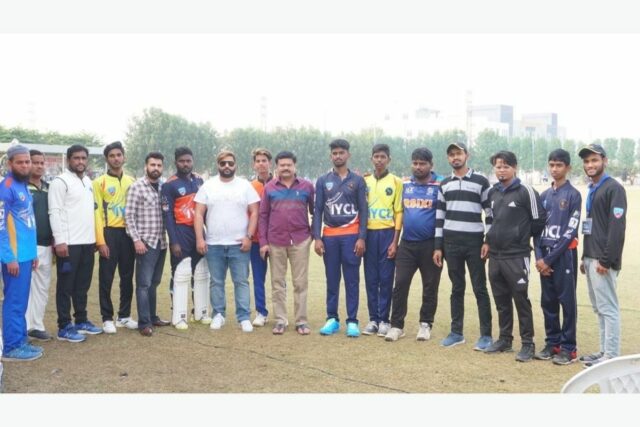 January 17: Mr. Shiva Suri, a 28 years old Delhi Uttam Nagar based Businessman, who have achieved a lot in a very short span of time He has many interests like music, working out in gyms and playing sports, and he has done his best in every platform and on every field from playing and supporting sports to producing music to donating funds to NGOs. He has never failed as an ideal figure.

Recently in Telangana state cricket trials, he was there to support all the participants and encourage them to do their best he even gave rewards to the best player on the field. The Shiva Suri always gives his best in promoting sports as he is an athlete himself, and other than that, he also produced music recently called “Dola” which was a hit everywhere on every platform. Mr. Shiva Suri didn’t limit himself from any boundaries and played his hand in every field, and has done his best on the field as well. Which is surprisingly amazing to hear, but this will not be surprising for you now when I’ll say he is also a sponsor of “Nacho” yes, again, he is everywhere, shining through the way. He has earned a lot of fame and respect in society.

He always feels “earning fame is nothing when you don’t respect the people” he respects every religion and gender believes in equality. Earning so much wealth and fame never made him envy of himself he remains a down to earth person. He did many great deeds throughout his journey, donating time to time funds to many NGOs. Doing social works for people in need during COVID as well he provided help to many people and played his role as a public figure.

He believes in living life to the fullest. And advise people to do the same in their life. His goal is to motivate as many people as he can in their life and help people who have no one to look after them. He wants to go on in his life with his pure thoughts and spread his wisdom throughout the world.