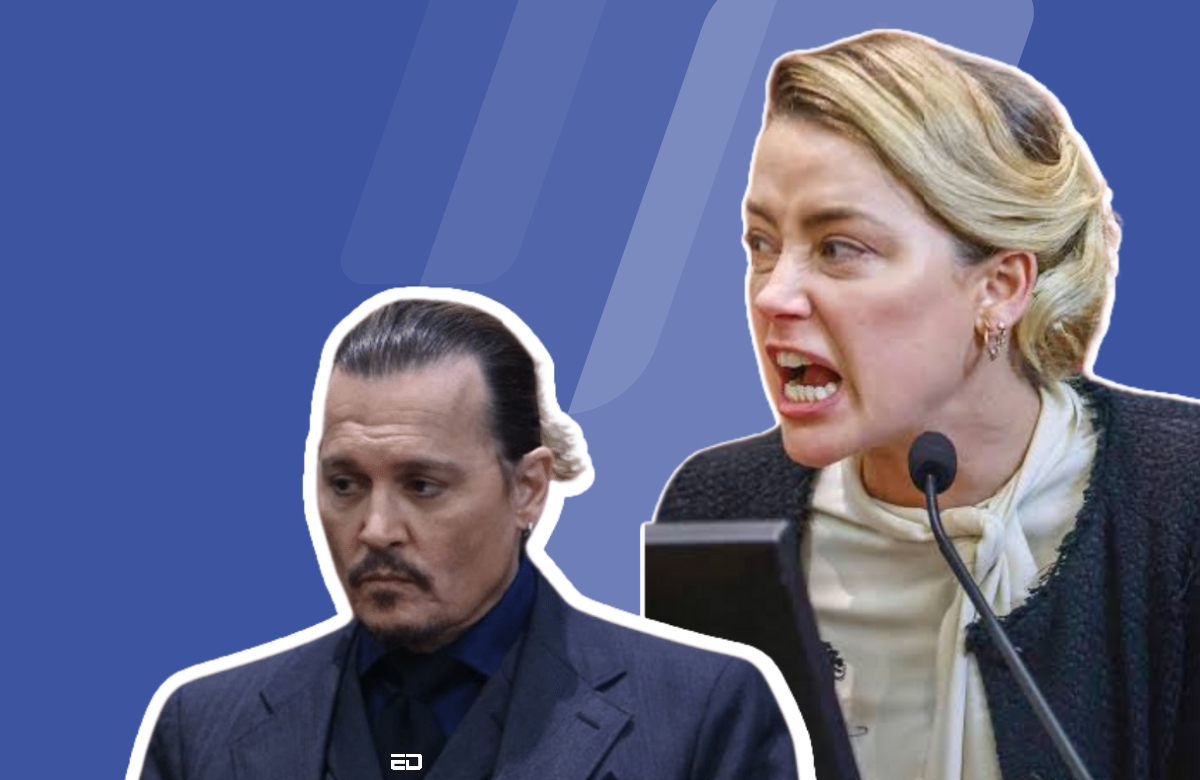 Given the time and century we live in, development and advancement have been rampant. Be it in terms of technology and architecture or travel, studies, food, lifestyle, etc we live in a golden era. We live in a world where the secret of reversing your age has been found and we can buy things virtually without the use of liquid cash.

However, despite such phenomenal inventions and discoveries, patriarchy, misogyny, and all the other social evils are still very much prevalent. Regardless of how modern our lifestyle is, one can still witness casual sexism when a woman naturally gravitates towards household work or when a man is asked to keep his emotions in check owing to his gender.

Such is also the case with renowned actors Johnny Depp and Amber Heard.

Johnny Depp vs Amber Heard – A Brief Synopsis Of The Case

The 2009 movie, The Rum Diary saw the beginning of a whirlwind romance between Johnny Depp and Amber Heard as they met on the set of the movie. Soon both of them got married to each other in 2014 shortly after which in 2016 they filed for a divorce.

It was in 2016 that Amber Heard for the first time spoke up about how she was a victim of domestic abuse and the perpetrator was Johnny Depp. The megastar refuted this accusation made against him on the grounds of “my ex-wife is attempting to secure a premature financial resolution by alleging abuse.”

However, eventually, the somewhat toxic duo put forward a joint statement that said,

“Our relationship was intensely passionate and at times volatile, but always bound by love. Neither party has made false accusations for financial gain. There was never any intent of physical or emotional harm.”

Due to the absence of a prenuptial arrangement, Heard received 7 million dollars from Depp as part of her divorce settlement, which she was supposed to donate to a children’s hospital. However, a contribution of only $250,000 was made to the children.

In 2018, Amber Heard became the voice of millions of the domestically abused as she took to the op-ed for The Washington Post where she wrote,

“I became a public figure representing domestic abuse, and I felt the full force of our culture’s wrath for women who speak out. That has to change. I knew certain things early on, without ever having to be told.

I knew that men have the power – physically, socially, and financially – and that a lot of institutions support that arrangement. I knew this long before I had the words to articulate it, and I bet you learned it young, too. Imagine a powerful man as a ship, like the Titanic.

That ship is a huge enterprise. When it strikes an iceberg, there are a lot of people on board desperate to patch up holes – not because they believe in or even care about the ship, but because their own fates depend on the enterprise.”

That being said, she goes on to urge women to come forward and speak up and asks society to be more supportive of it.

However, Johnny Depp claimed the article was a façade to gain more positive press for herself. In 2019, he sued Amber Heard on grounds that the article was about him even though his name was not in it. He also stated that Amber Heard was the perpetrator and not really the victim.

On 11th April 2022, the defamation trial began where plenty of horrors came to light Johnny Depp’s substance abuse, violence, and misogynistic jokes and Amber Heard’s temperamental issues, psychological trauma and not to forget the casual sexism with which she can be heard taunting Depp in a recording,

“Tell the world, Johnny, tell them, Johnny Depp — I, Johnny Depp, a man, I’m a victim too of domestic violence and see how many people believe or side with you.”

On June 1st, the Jury reached a verdict. They unanimously found that Heard defamed Depp, awarding him $15 million in damages and $2 million in compensatory damages to Amber Heard.

“I’m even more disappointed with what this verdict means for other women. It is a setback. It sets back the clock to a time when a woman who spoke up and spoke out could be publicly shamed and humiliated. It sets back the idea that violence against women is to be taken seriously.”

Violence Perpetrated Against Amber Heard – A Case Of Collective Misogyny

Several pieces of evidence shine light upon the wrongdoing and questionable behavior from both ends.

While Heard admits to hitting Depp on one occasion, there are multiple videos, phone call recordings, and text messages which portray Johnny Depp’s abusive temperament, one video in particular where he can be seen slamming kitchen cabinets and threatening grave consequences.

Even before the trial could ever begin, Amber Heard had been already tagged a liar by many netizens. Cynicism and disbelief are the only two emotions that 90% of the internet showed towards her testimonies. Even the smallest of acts like looking at the jury or at Johnny Depp was subjected to scrutiny with an aggravating stance.

Moving on, there is at least one video where Johnny Depp can be seen behaving violently around Heard in a drunken stupor, multiple texts which have Depp not just implying his past violence towards Heard but also have him use sexist and biphobic slurs against Heard like, wh**e, c**t, c*um guzzler, and at least one audio recording where Depp aggressively threatens Heard to not get authoritative with him.

In fact, in a text message, Johnny Depp writes to the Avenger’s Star, Paul Bettany,

“Let’s drown her before we burn her!!! I will f*** her burnt corpse afterwards to make sure she’s dead.”

This was discarded off as a joke. Something as sick and twisted as this has been reduced to just a mere joke.

What baffles me is how regardless of Johnny Depp winning the defamation suit does not redeem him or take away his transgressions and nobody, not one single person is ready to acknowledge that.

For example, the sexist comment made by Amber Heard was wrong on so many levels but people took more offense to that than the actual videos which displayed how Johnny Depp violently threw Amber Heard’s phone or his text where he wanted to sexually assaulted her after burning her alive. The collective misogyny is astonishing and heartbreaking to say the least.

It’s not just internalized misogyny, it’s also the innate belief that the lovable screen-personality that people grew up watching and loving couldn’t be a bad person – and they shall do anything to retain that belief, that illusion.

In my opinion, this is a rather vilified case of wanting to conform to the bigger platform – the bigger supporter. It’s rather incredulous in this day and age to see people confuse a celebrity’s screen image with their real-life persona.

One needs to differentiate between an actual human being and the parts played by them. Johnny Depp is a commendable actor but that does not necessarily mean that he’s also a great human being.

The result of this trial is also haunting for domestic violence survivors. Regardless of how they carry themselves or how they choose to behave in public does not negate the trauma faced by them. Johnny Depp’s popularity and fame played a pivotal role in this trial. After all, how can Jack Sparrow or the Mad Hatter be alleviated to such a hollow and horrifying persona?

Each and every testimony of Amber Heard – be it her crying while testifying or something emotionally damaging has been ridiculed, mocked, and subjected to the making of memes and TikTok reels. The irony lies in the fact that these netizens stand up for the abuse faced by Johnny Depp and at the same time they humiliate another domestic violence survivor.

Not one-tenth of this scrutiny is being applied to Johnny Depp’s arrogant demeanor in the court which is seen as a mark of self-assured righteousness. His occasional snickering at serious moments and making doodles during a trial that accuses him of such a heinous crime hasn’t attracted any skepticism, let alone criticism.

Rather, the crowd has been receiving it as a symbol of “cool-headedness” when all it does is prove how indifferent and nonchalant Johnny Depp is.

To conclude, it is a sad day for domestic abuse survivors. The trial proved that power and fame have their way even over the almighty justice system leaving the victim to pick up the pieces after the dust has settled.

Why Was Amber Heard Given $2 Million In Defamation Case Against Johnny Depp Even When She Lost Against Him?