Vasco da Gama was a famous explorer who is well-known for being among the first in recorded history to sail from Europe to Kerala, set up trade and even try to spread Christianity. 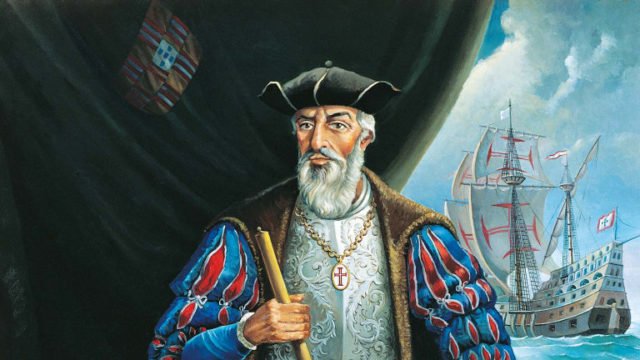 Known to have been both enterprising and cruel in equal measure, Vasco da Gama made a huge impact on the Indian west coast, and is remembered even today in textbooks, museums, and street names.

However, did you know that it was a Gujarati seafarer who helped him navigate from Africa to India?

As can be expected from records that are several centuries old, there are contrasting accounts as to the exact identity of the man who guided Vasco da Gama to India.

Some accounts claim that he was a Christian, a Muslim, or that he was the Arab seafarer Ibn Majid. However, this claim has been disputed by scholars, who say that Majid couldn’t have been anywhere near Vasco da Gama at the time.

The consensus by various scholars seem to be that the man who really showed Vasco da Gama the way to India by sea was Kanji Malam.

Read More: The Heritage Held In Hagia Sophia, A Mosque As Well As A Church

Who was Kanji Malam?

According to various historical sources, Kanji Malam was a Kutchi sailor who hailed from the town of Mandvi, a port town in Gujarat, famous for ship building.

Vasco da Gama reportedly took Kanji Malam onboard at Malindi in East Africa, and since Kanji Malam had excellent knowledge of the sea route to India, he could guide Vasco da Gama to Calicut, also known as ‘Kozhikode’ in the present day.

The story of Kanji Malam, a little known part of Indian history, is immortalised at the Naval Museum at INS Dronacharya, Kochi, where he has his own exhibit for people to see and read.

In Pics: Why Is No One Talking About Munsiyari, The Little Kashmir Of India?