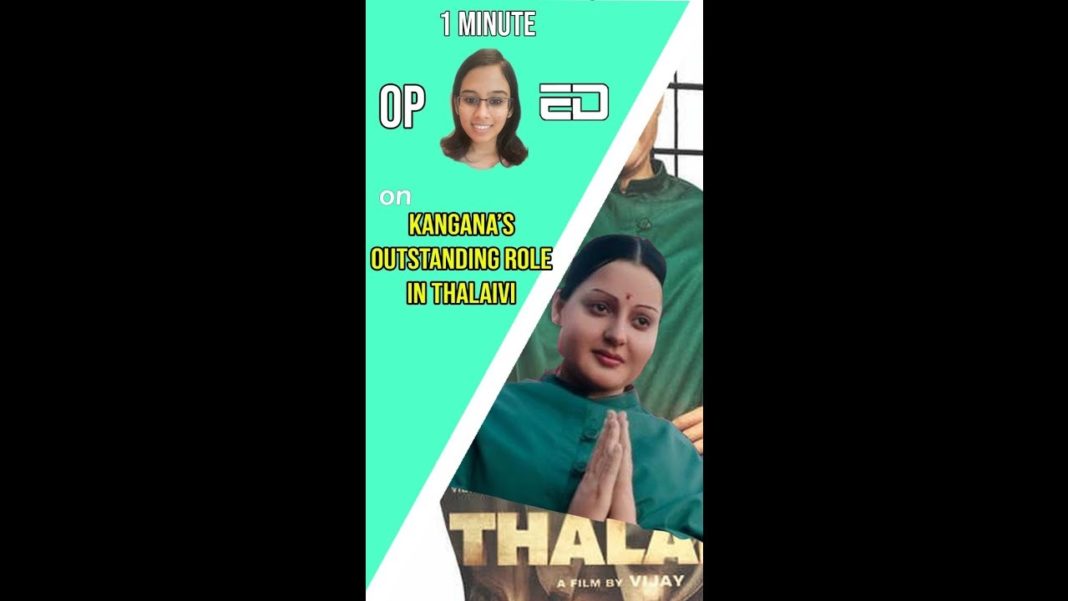 The first look of Kangana Ranaut in the movie Thalaivi, a biopic of the late Tamil Nadu CM Dr. J. Jayalalithaa, has received mixed reactions from the audience.

I personally feel that unless you KNOW it is Kangana, she is not recognisable in the poster.

The poster created quite a stir, and you can’t drive past a single wall in Chennai without seeing the Thalaivi poster.

To be honest, it was only when I saw her name on the poster that I knew it was Kangana in the role of Jayalalithaa.

It is quite clear that she is wearing prothetics and a fat suit, and that it is not her own body.

Read More: After Third Remake Of Toxic Arjun Reddy, We Think Adithya Varma Should Be Made Tax Free In Public Interest

Isn’t her criticism of the film industry being ageist backfiring now, that she herself is playing the role of a much older person, instead of just playing the younger version of Jayalalithaa, and letting an older actress play the older scenes?

Watch my OpEd on Kangana Ranaut in Thalaivi here:

What is your opinion on the Thalaivi first look? Let us know in the comments!

Find the editor online at: @YaddyVirus