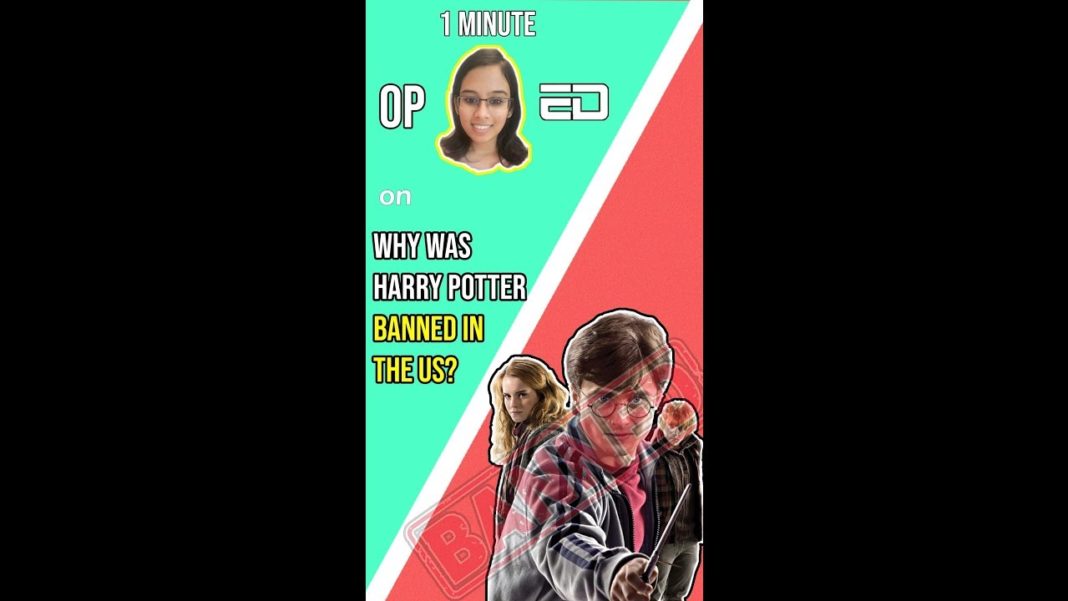 The Harry Potter books by JK Rowling have been loved by an entire generation of readers ever since the late 90s.

Rowling’s colourful imagination of places, characters, and a world of magic has held several readers spellbound, and has made the characters of the Harry Potter series and its Fantastic Beasts spin-off hugely popular.

A recent articles doing the rounds on the Web stated that a Catholic school in Nashville, Tennessee in the US has banned Harry Potter books for its students.

Apparently, Rev. Dan Reehil of the Roman Catholic parish school stated that the spells mentioned in the books are actual spells, and that they can conjure evil spirits into the presence of the reader.

He also said that the Harry Potter books spread the misconception that magic can be used for both good and bad, whereas it’s actually only a negative force.

I’ve read and re-read the Harry Potter series more times than I can count, and I’ve never been conjuring any evil spirits, as far as I know.

In fact, as kids, my friends and I would use our pencils as wands and wave them at each other in fake duels, yelling Harry Potter spells at each other.

I’m happy to report that we are all alive and well, with not a single case of evil spirit infestation.

You can listen to my detailed opinion in the video below:

Read More: Unpopular Opinion: The Harry Potter Movies Would Have Been Better With Hermione As The Lead

Let’s Not Get Carried Away

Sometimes, when we start taking everything related to religion too literally, we begin to see threats where there aren’t any.

Once when I visited a mosque with beautiful Spanish architecture and clicked a picture of it, a man who worked there came and told my friends and I that it is the devil that prompts people to take pictures.

He said he had deleted all his photos, including his wedding pictures. To be honest, this didn’t make much sense to any of us.

Similarly, I think this banning of the Harry Potter books saying that the spells conjure evil spirits is another case of getting too carried away.

The Tennessean reports that there were concerns raised in the past by parents regarding Rev. Reehil, saying that he was ‘too fanatical’ and that his proclamations had a tendency to scare students.

JK Rowling has made it clear that she made up the spells with her knowledge of Latin, and I’m pretty sure a woman who lost her billionaire status due to giving too much of her fortune to charity can’t be involved with evil spirits.

So let’s be sensible, people, and know where the distinction lies between fact and fiction.