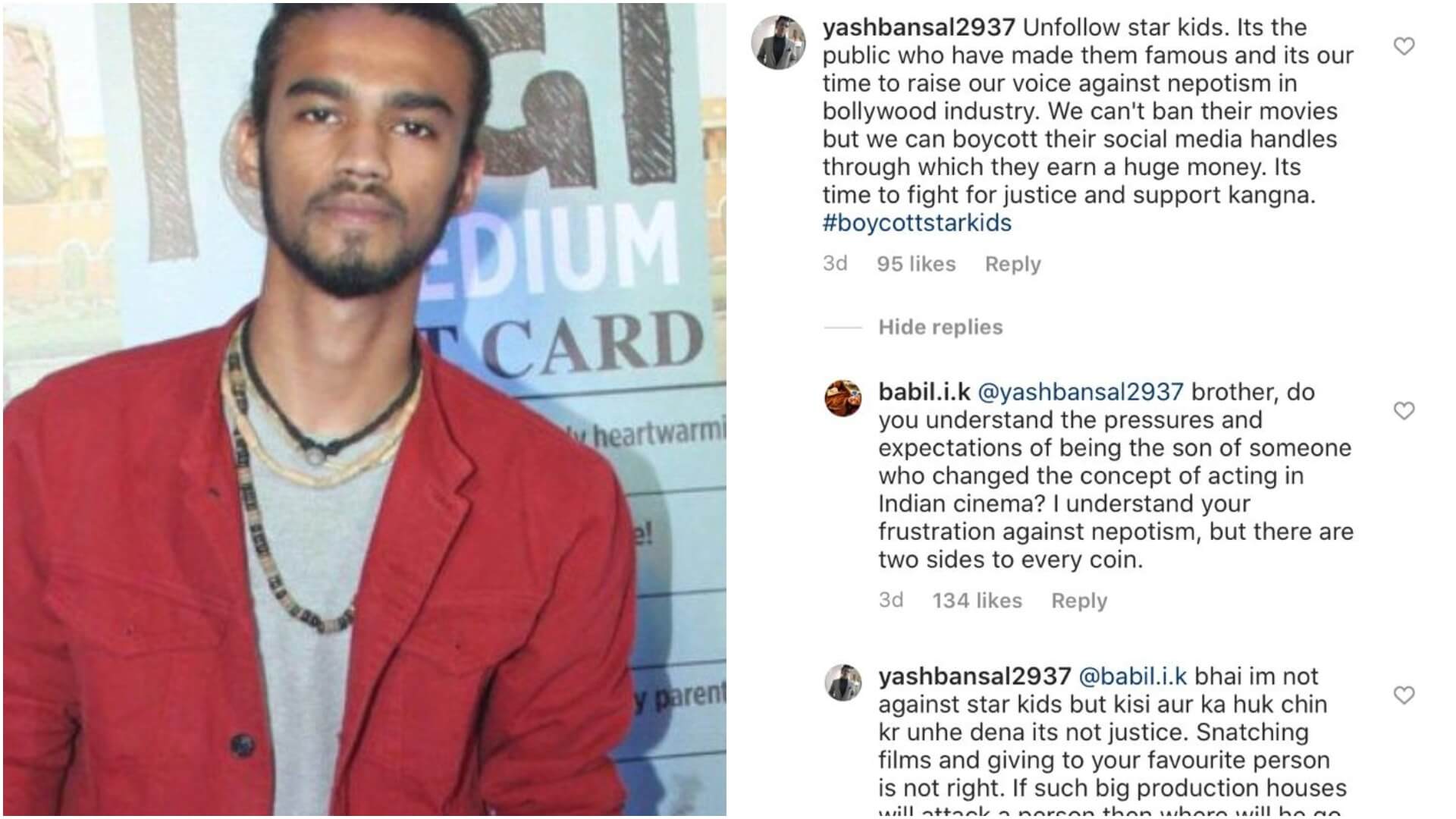 After the tragic demise of young actor, Sushant Singh Rajput, noise for unfollowing star kids and debates on nepotism have sparked.

With all the ruckus over the internet on nepotism and boycotting star kids, Irrfan Khan’s son reacted to a guy asking to unfollow star kids in his recent post.

The guy was requesting everyone to unfollow all star kids and support Kangana Ranaut. Babil Khan was quite polite in his reply when he said that he will try to make people happy with his talent and efforts.

What’s the take of netizens on nepotism and star kids?

Since the last few days, #nepotism and #starkids has been trending on Twitter. However, the frenzy has become more than just about unfollowing star kids.

Many actors are also coming out about the struggles they faced and how they were pushed to corners by the “Bollywood privilege club“, including Vivek Oberoi and Kangana Ranaut who shared their struggles.

It is important to give talent their due. And if celebrities are struggling with personal and mental health issues, the media should try and emphasize with them, rather than making it difficult for them!

One of the tweets even questioned that is nepotism only limited to the acting industry.

Fans are boiling over to see that even with better IMDb ratings, awards were given to Ananya Pandey’s film.

Read More: In Pics: Who Are Children Of Conflict And Why Should We Care About Them?

Anubhav Sinha tweeted how it’s high time for the privileged club to think about their actions, without naming people.

The rage doesn’t stop there, Bollywood celebrities are being condemned for even putting emotional condolence messages for the young actor.

A clip of Karan Johar and Alia Bhatt mocking Sushant Singh Rajput on Koffee with Karan was also shared. Well, if they didn’t help him when they saw him struggling in real life why put on a facade now?

Sonakshi Sinha, the daughter of Shatrughan Sinha, former actor and politician, tweets against the wave of nepotism boycotting star kids.

Her tweet attracted a lot of negative comments and rage. 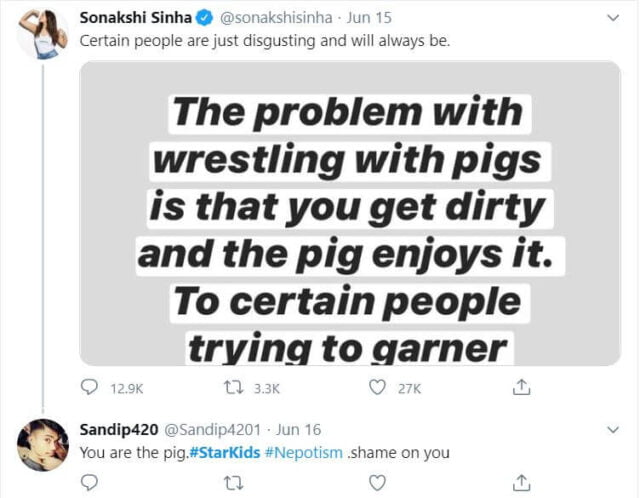 Many people have been making videos targeting star kids and showing why this wave against nepotism should have started long ago.

The girl in this video on Twitter tries explaining why we need to understand the problem better and how we have been indirectly supporting nepotism.

Supporting nepotism ultimately relies just on the viewership which is why the fans are on a frenzy constantly unfollowing star kids on social media and urging everyone not to watch their movies either. 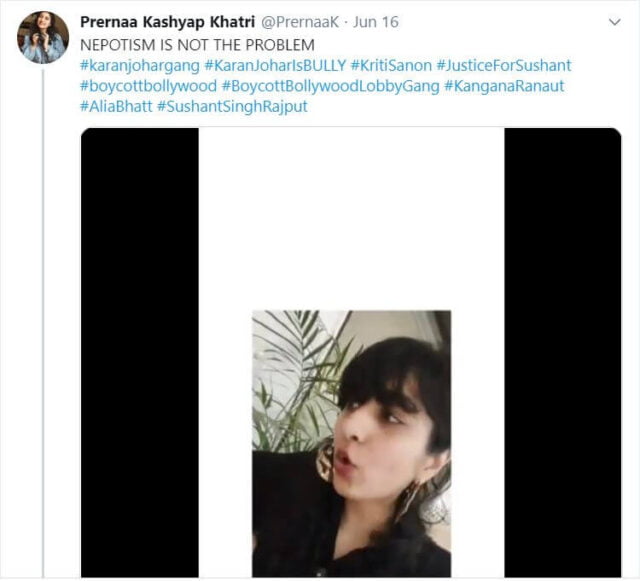 Babil’s humble reply to a fan on the issue

While Babil Khan acknowledges how nepotism is extremely wrong, he asks the fans to see the other side of the coin as well. He shares how he faces pressure as the son of Irrfan Khan, the man who changed the cinematic industry with his work. 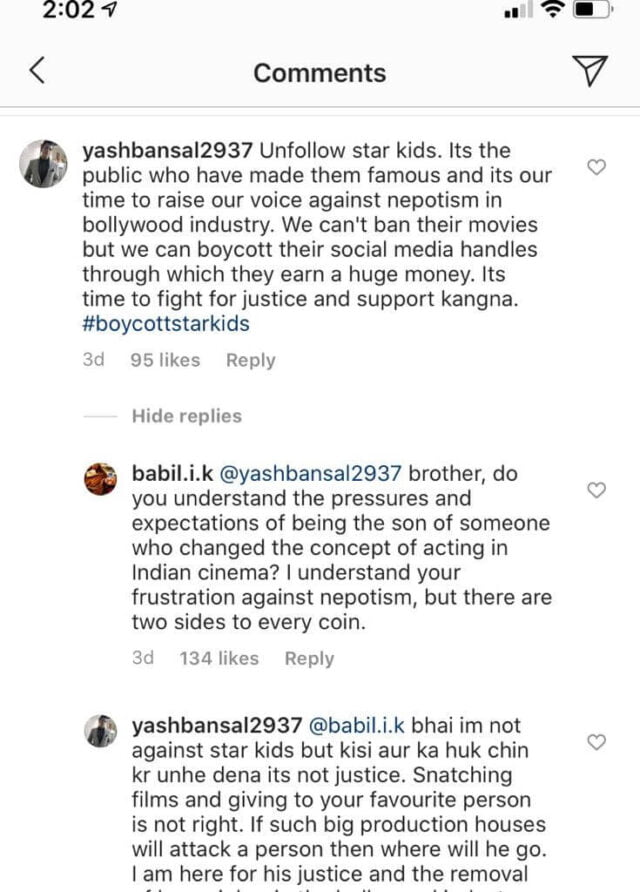 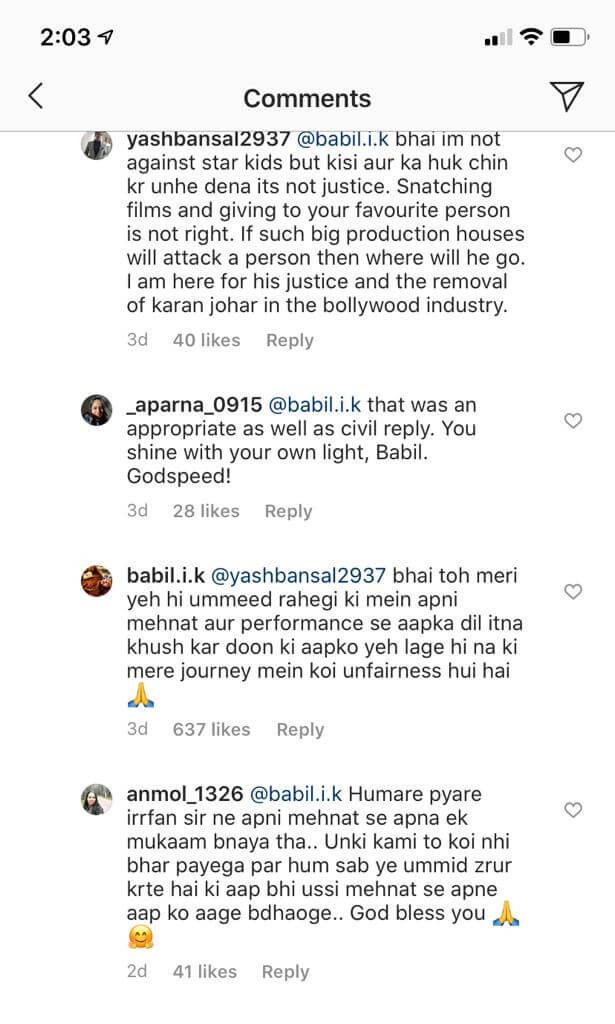 Even though the young actor is going through a hard time after losing his father to cancer, he reacted in a very civil and respectful manner to the critic.

The young actor wishes to achieve success through his work and is willing to do whatever it takes to please the audience.

His late father, Irrfan Khan was revered and known in the cinematic industry completely based on his work and as an actor who survived nepotism. He serves as an idol and example for many people struggling with the same.

He doesn’t expect the public to support him just because he is the son of Irrfan Khan.

Will this rage against nepotism continue to be successful or will the same practices continue later on when the wind has passed away?

The final decision is in the hands of viewership, to let success be a result of talent and capabilities rather than privilege.