It’s been less than 3 weeks since the inception of the Noida-Greater Noida Aqua line and the lack of a women-only coach in all trains on the route has been a growing concern for all women commuters amongst other things.

As a regular commuter in the Delhi Metro, I was surprised by the absence of the familiar pink and white flower-filled women-only signages that we are used to on all trains across Delhi Metro wherein the first coach is reserved for women.

‘No immediate plans for a women’s coach’

The Aqua line instead of taking sides with the other lines of Delhi Metro has gone the way of Gurgaon’s Rapid Metro, with no coaches reserved for women.

“There is no particular reason for not having a women’s coach. We have only four coach trains; 16 seats are reserved in each coach for women, elderly and the differently abled. These seats are marked separately in different colours,” said PD Upadhyay, executive director, Noida Metro Rail Corporation.

Despite concerns from several passengers, NMRC officials have cited that it has no immediate plans of introducing a women’s coach.

As a resident of Noida, I’ve read and heard all types of horrifying stories about Greater Noida and I can tell you on record that it’s not one of the safest places to travel to.

The whole idea behind creating a women’s only coach is to ensure a safer place for women.

In the past, I’ve heard women saying that metro is one of the safest modes of transport and that was primarily due to the presence of a women’s coach. But with this step, that might not be the case anymore.

One reason why the NMRC might be hesitating in introducing a women’s coach is that the train only consists of four coaches and having a specific coach reserved for women only leaves 3 other coaches for commuters.

This logic in itself is problematic as on day one alone, 11,625 passengers traveled through the metro line and it is only bound to grow.

With an increasing passenger base, only four coaches would not suffice and this only puts more questions on the need of a women-only coach.

“Due to a lack of women- we have to dress accordingly to avoid stares” Jagriti Ahirwar, an IT professional said to TOI.

“For us, women’s coach means a comfortable space – it means no touching, no stares, no need to check if your outfit is too revealing for commuting in the public transport or not. I work in a firm and we conduct regular events, and on most days, I have to wear a dress to the office. I thought that when the Aqua line Metro will start I can commute daily by Metro, but now on days when we have special events, I take a cab to avoid people staring at me,” she added.

Not only this, but to board the Aqua line from Noida City Centre (Blue line) one needs to take an auto as the distance is not less than three km.

Without any doubt, the most traffic that the Aqua line is going to get is from the people interchanging trains from Noida City Centre.

The lack of connectivity between the two stations also make it troublesome and a lot less safer for women to take the Aqua Line for their daily commute, with some saying it’s better to take a direct cab/bus from Botanical Garden Metro station (Blue line).

It’s only a matter of time before the line starts getting overcrowded like Delhi, with an increase in the number of commuters and complaints as well. Will we see all these problems addressed? Only time will tell. 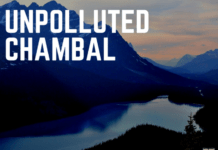 Watch: How Did The Infamous Chambal River Remain Unpolluted Unlike The Ganga & Yamun 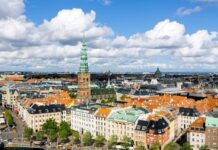 In Pics: 10 Of Safest Cities In The World; India Makes It To Top 50 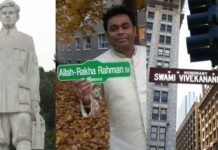 In Pics: 6 Places Named After Popular Indians Across The World 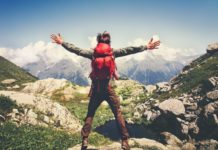 In Pics: Unusual Adventure Sports In India And Where To Do Them