Home Automobiles New Traffic Rules Will Rob You Of Your Money But Shouldn’t Authorities... 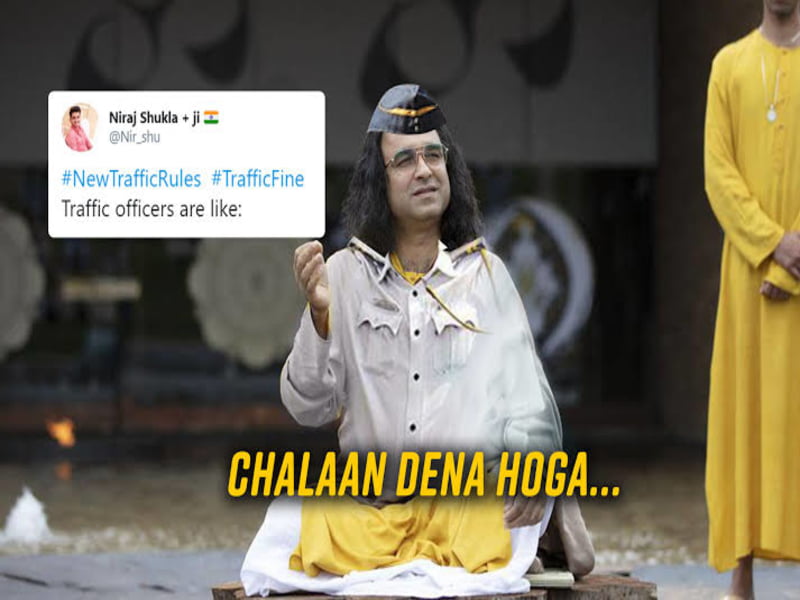 Indians drive on the road as if they and only they own it. A motorcyclist will swerve his way through the traffic, space or no space on the road. A lot of people who drive cars change lanes without giving indicators and can never afford to wait when the signal is red.

Autorickshaw drivers pull over wherever they see a passenger and always want more people to ride than can be seated, traffic rules be damned. I don’t mean to say that everyone is reckless but if most people weren’t, we’d have seen fewer people lose their lives due to road accidents.

In light of the above, the Central government has amended the Motor Vehicle Act to update the penalties and fine amounts a great deal.

Simply put, if you violate traffic rules, your wallet is going to feel violated. And this is just the easy part. 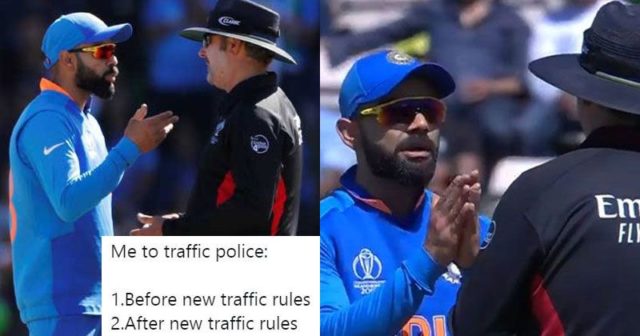 Brace Yourself For Hefty Penalties

63 clauses have been added to the aforementioned Act and these have come into effect from 1 September, 2019.

In an attempt to deter citizens from breaking the traffic rules, penalties and punishments have been made very severe. If you violate road rules, you will be asked to pay anywhere between INR 500 to 1,000.

If you don’t co-operate with authorities and refuse to share information, you will be charged INR 2,000. Be ready to shell out INR 5,000 if you drive without a license.

Those of you who can’t control their speed demons will have to pay anything between INR 1,000 to 2,000. 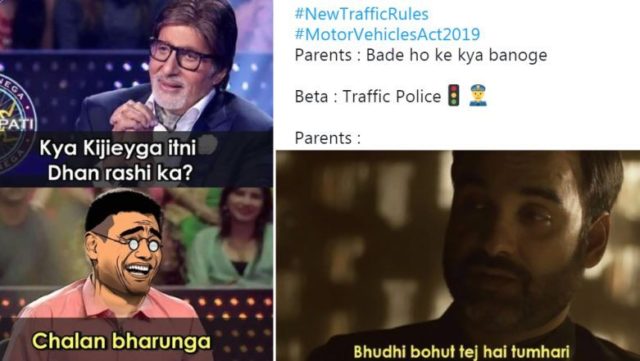 Rash driving will now imprison you for 6 months to 1 year, after charging you INR 1,000-5,000 of course. Both penalties will double if you’re a repeat offender.

Don’t even think about touching your car key after partying hard, for driving under the influence of alcohol or any intoxicating substance will rob you of INR 10,000 and/or land you in jail for up to 6 months.

Also Read: 10 Traffic Rules Of The World That ‘Drive’ You Crazy

How Have The New Rules Impacted The Public?

People who have had to cough up hefty fines are naturally traumatized with the new rules.

Traffic police in Delhi issued 3,900 challans on the day the amendments came into effect, while in Noida, 1,329 challans were issued.

A majority of people were fined for not wearing helmets or seat-belts, triple riding, parking in unauthorized areas, jumping the red light and talking on the mobile while driving/riding.

Some can survive the dent in their wallets but there are also those whose life turns upside down at even the thought of paying a heavy fine and losing their vehicle. 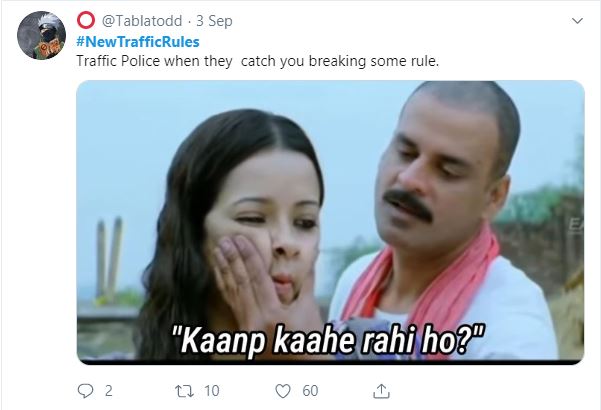 An auto driver in Odisha was allegedly caught driving while drunk. To make things worse, he didn’t have any official documents like registration certificate of the auto, driving license, pollution certificate etc.

For a second-hand auto that he had bought recently for Rs 26,000, he was slapped with a fine of Rs 47,500. Also, police seized his auto for breaking the law on multiple counts.

Aren’t The Authorities Responsible For Your Bad Commute?

While I agree that stringent measures are required to ensure road safety and inculcate a good traffic sense in the public, I strongly feel that the scale of punishment should be balanced for all, regardless of the power they command.

Potholes on the roads are a constant source of jolts and bumps. Missing sign boards make a person unfamiliar with the roads feel lost and helpless.

Lousy drainage systems lead to water-logging when it pours heavily and in turn, the traffic comes to a standstill. It’s frustrating to be stuck in a traffic jam for no rhyme or reason, to say the least.

And don’t even get me started on unpaved roads and the ‘joy’ they bring!

In my opinion, if we are being asked to pay for violating traffic rules, the concerned authorities should also be levied with equally heavy penalties for violating their duties.

If they can be present everywhere to issue challans and rob people of their money, they damn well show up for robbing people of a good road and travel experience.