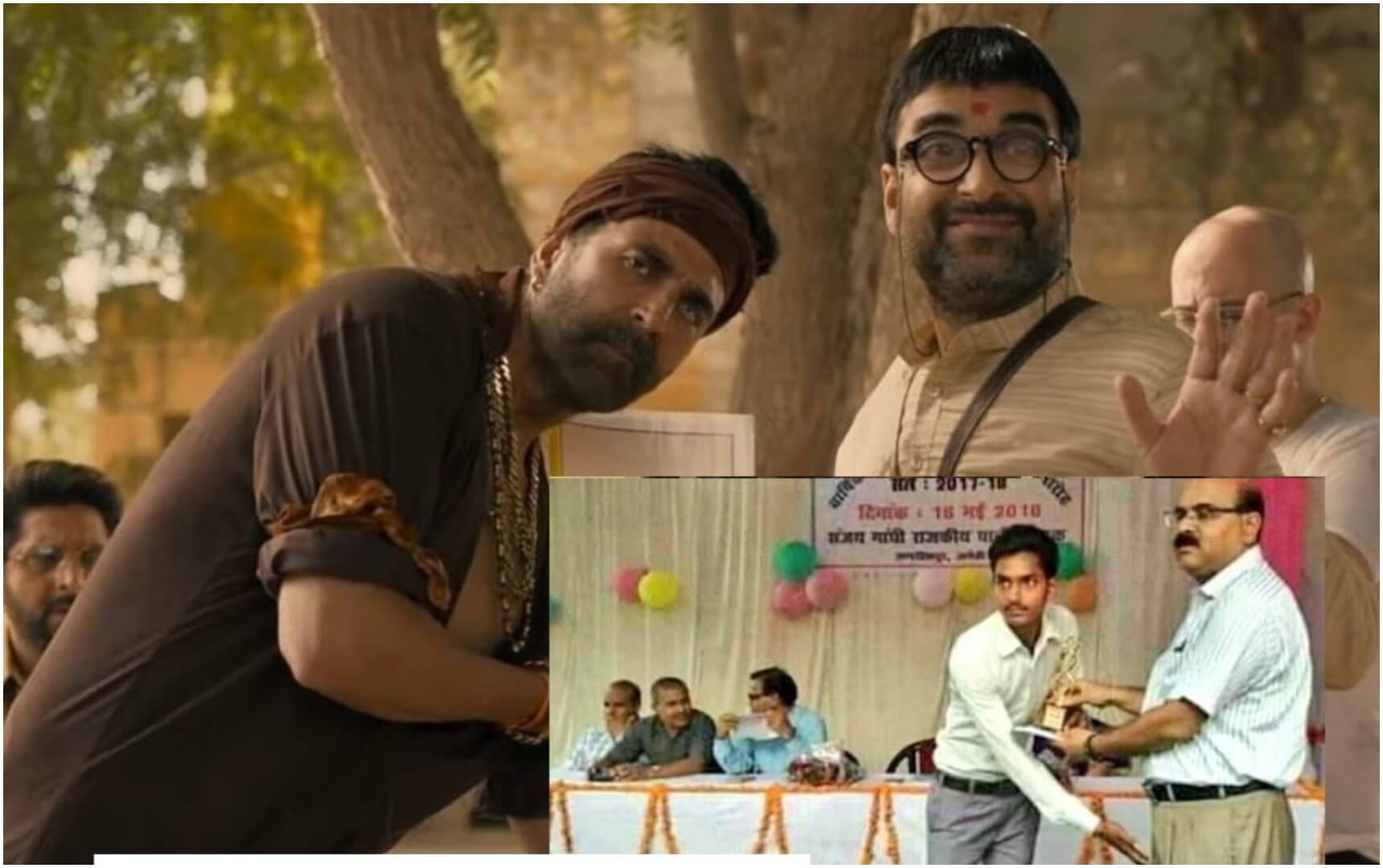 The trailer to Bachchhan Paandey is out and while Akshay Kumar fans are losing their minds over it, certain people have found some things shown in the trailer to be mighty interesting.

The trailer has already gone viral online with #BachchhanPaandey trending on Twitter long before the trailer even dropped.

But after watching it, many people commented on how certain scenes from the trailer seemed extremely similar to some famous memes.

It is not certain whether there are any more scenes that might have heavy similarities with other memes, but netizens did find 3 such memes in the trailer.

One is the infamous viral crotch-grabbing meme where in the original some student or someone is getting an award from a teacher and although they meant to touch the presenter’s feet, however, they didn’t exactly bend that low and instead resulted in a very hilarious photo of the person almost touching the other person’s crotch.

The scene between Kumar and Pankaj Tripathi seems to be almost a nod to that meme itself, having comedic undertones to it.

Another meme used as inspiration almost it seems is that of a couple drinking coconut water in an interesting manner. The same way is shown in one of the official posters of the movie featuring Jacqueline Fernandez and Akshay Kumar.

Also, a scene that many felt was really similar to a meme was the one where Kumar is sitting on a sofa/lounge furniture and his gang is lined up behind him.

It seems that memes are going to be the new thing that certain directors and filmmakers will be ‘taking inspiration’ from. It also seems like a way to seem ‘hip’ which in turn just makes them feel older and outdated than ever.

Which Of Your Daily Products Might See A Hike In Prices Due To Change...

Finance Sreemayee Nandy - July 1, 2022
Economists predicted that the GST (Goods and Services Tax) Council's decision to reduce the tax on certain goods and increase tax rates on others...