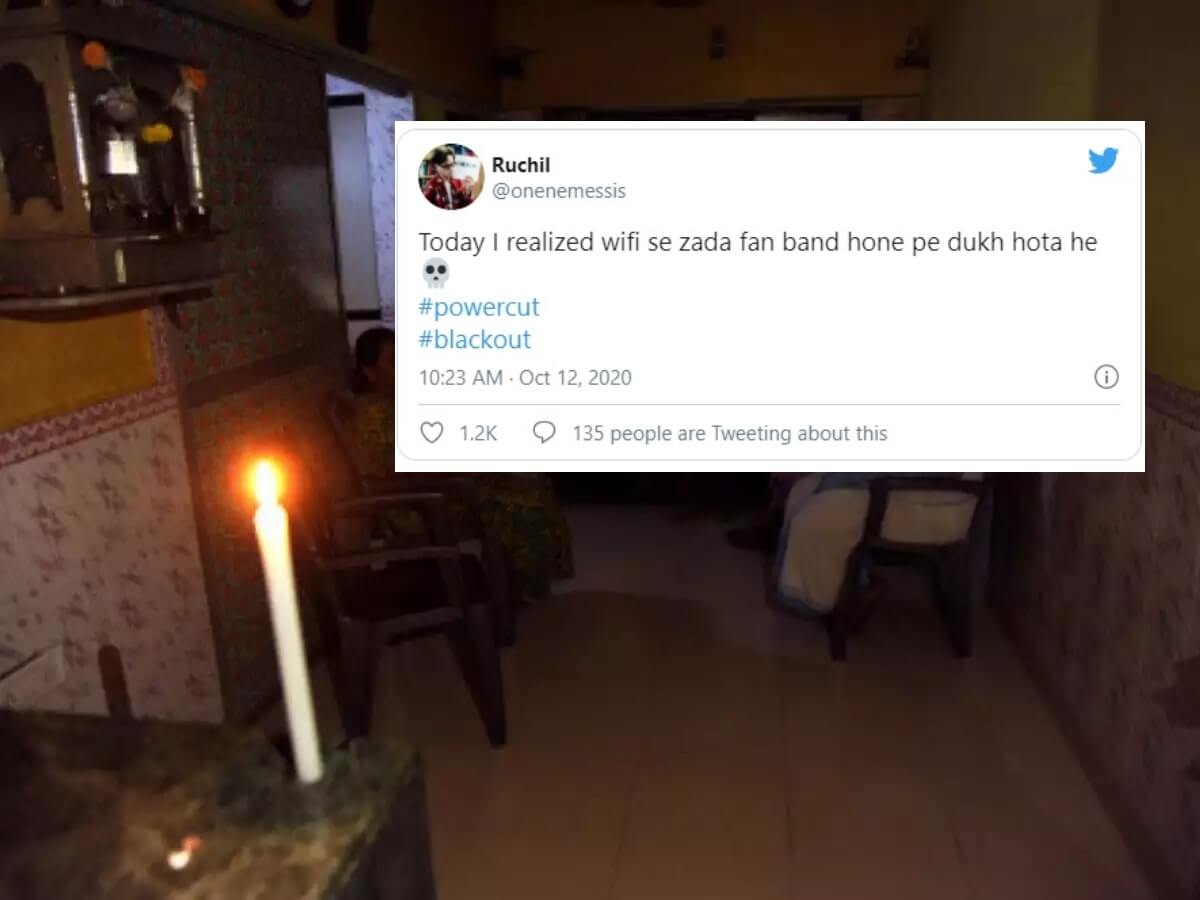 The city-wide power outage that happened Monday morning is a major first in the history of the state.

Although power-cuts in certain places or during certain times are not that unusual, but a blackout across the entire city is something unprecedented.

At around 10.05 am, the electricity supply came to a halt, with some people thinking it was just a random power cut.

However, soon the news spread that it was not just a particular colony or area, but that large areas of Mumbai, including the suburbs, were facing this power failure.

Not only electricity in houses was gone, but trains got held up, and traffic signals stopped working. While the central and western train lines were affected, the Central Railway trains resumed operations around 10.55 am.

Although the stock exchange and Mumbai airport are still operating as per usual.

As per reports, this power outage is because of the “TATAs incoming electric supply failure”.

Brihanmumbai Electric Supply and Transport (BEST) tweeted about the electricity failure, saying that, “The electric supply is interrupted due to TATAs incoming electric supply failure. Inconvenience is regretted.”

Maharashtra Energy Minister Nitin Raut also tweeted that, “Due to a technical glitch in Circuit 2 of the Kalva-Padghe powerhouse, the regions between Thane and Mumbai are facing a power cut. Our staff is working on it and power will be restored in an hour or 45 minutes.”

Although authorities stated that power will be restored within 45 minutes to an hour, it has been almost 2 hours and many regions in Mumbai are still without power.

Twitter India is filled with trends related to this power outage with many taking to making memes and jokes to get through the day.

Since morning hashtags such as #blackout, #powerfailure, #powercut, #Mumbai and #poweroutage have been trending on Twitter. 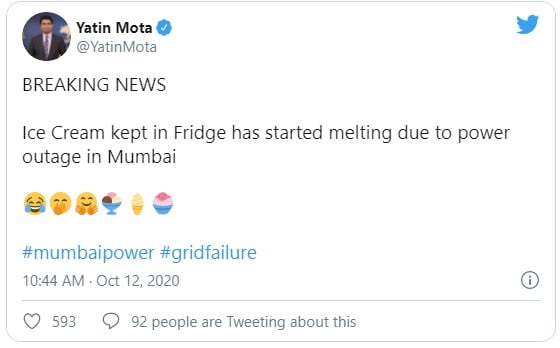 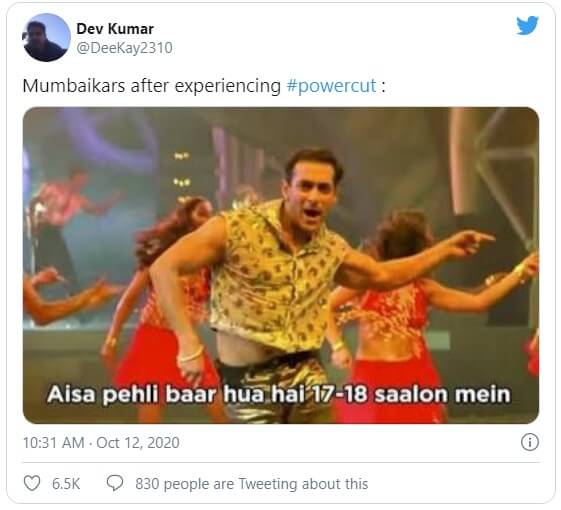 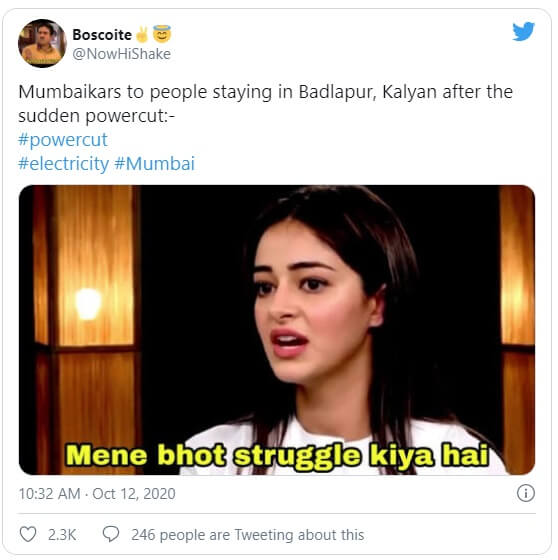 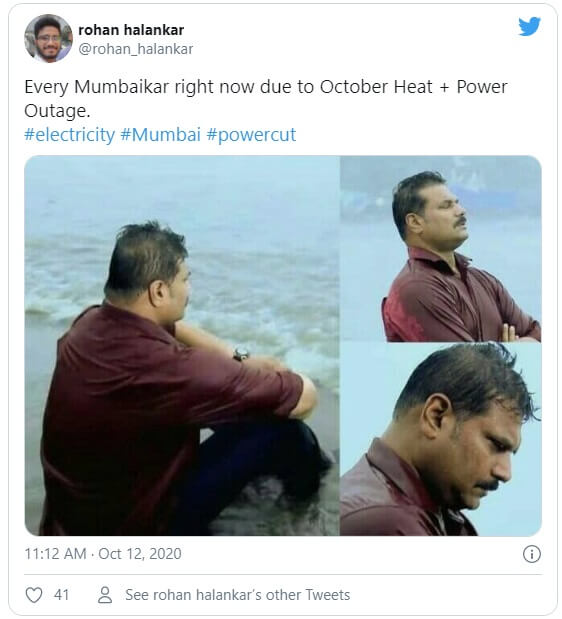 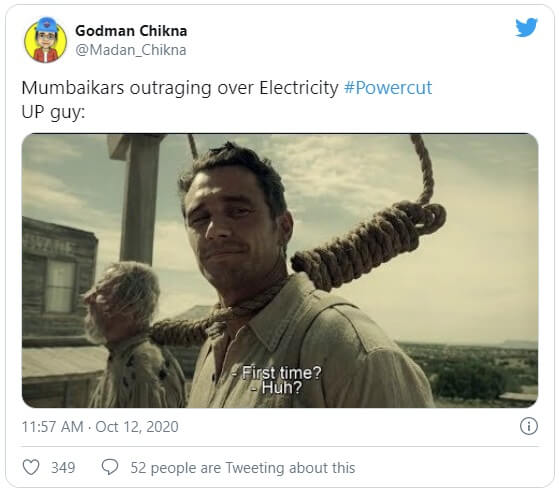 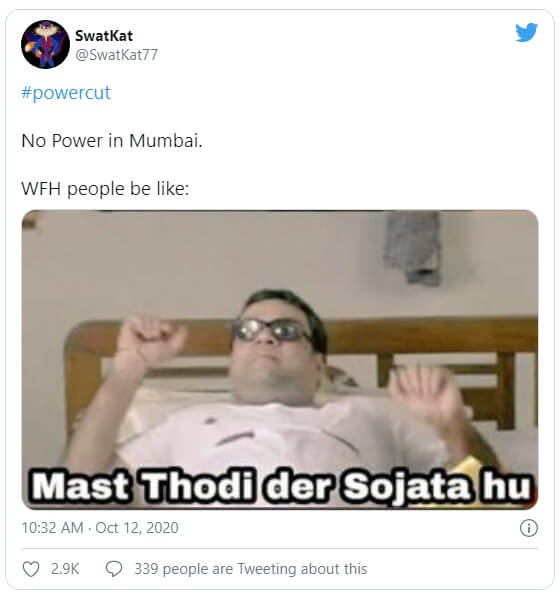 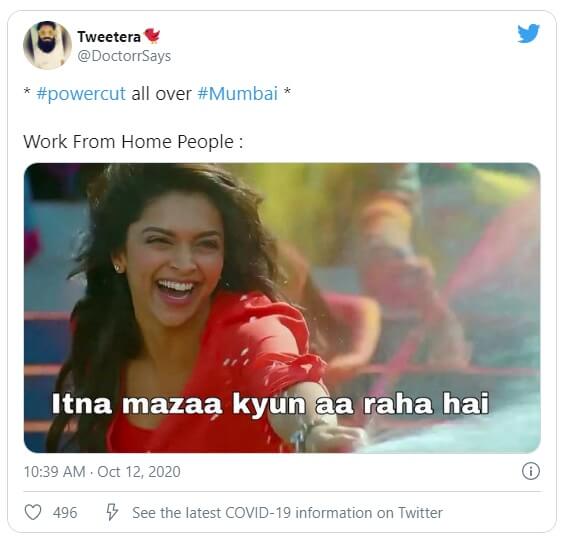 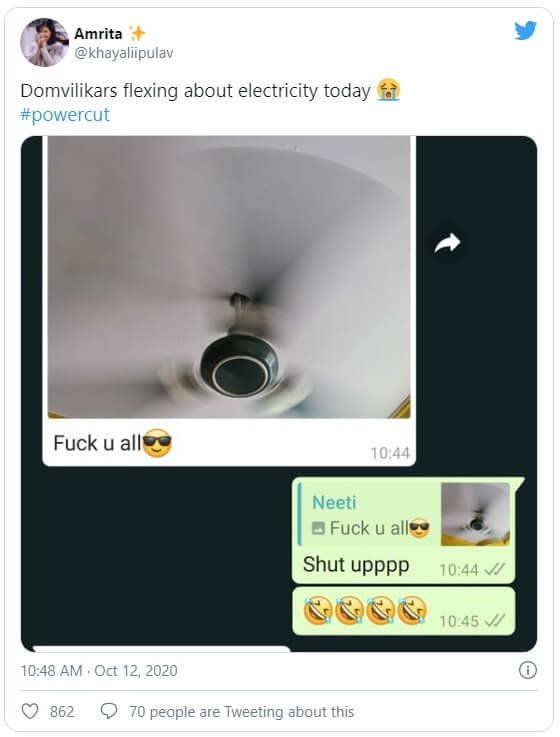 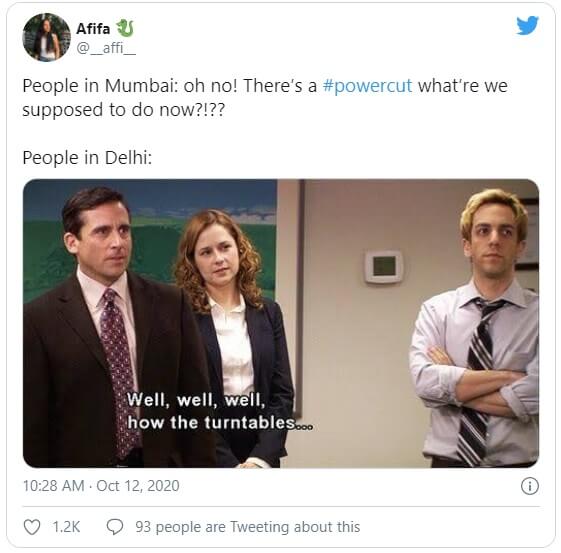 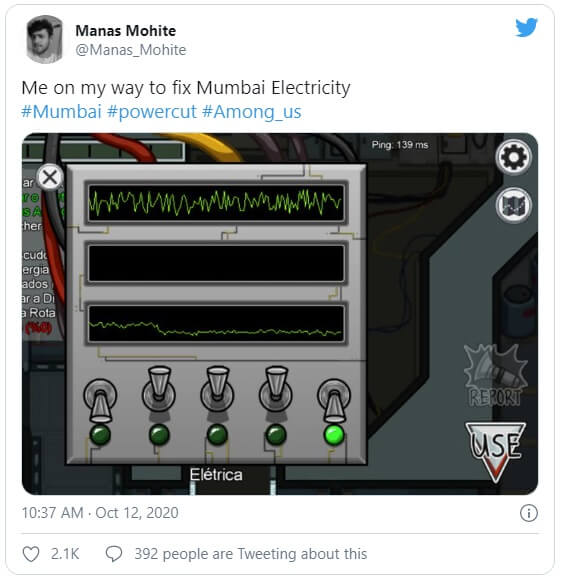 The power-cut might be a problem for many, but it has certainly been good fodder for the meme army to get to work, at least until the electricity comes back.