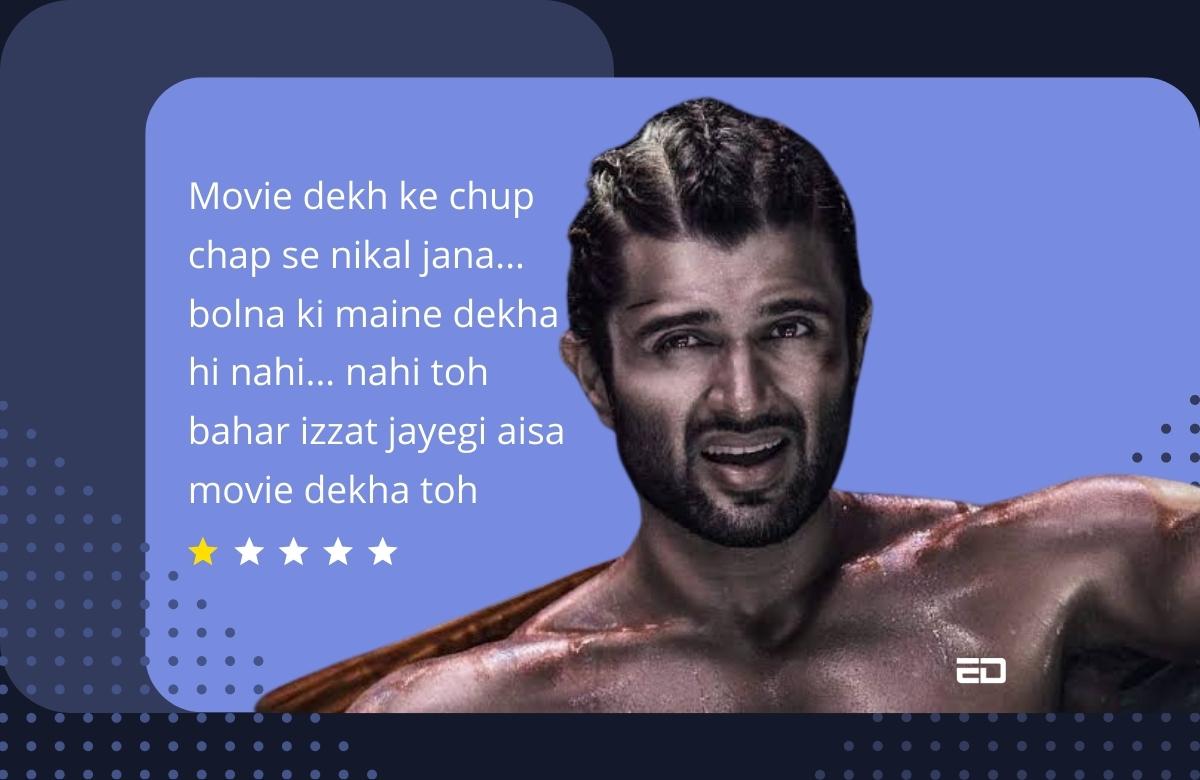 Liger, the Bollywood debut of Vijay Deverakonda has been in the news since its inception, with many people waiting with much excitement. However, all that seems to have gone up in a poof of air after the movie’s release.

The warning bells had actually started when the song Aafat had itself come out, with many people trolling the hilarious choreography, lyrics and the general meme-nature of the song. But the movie’s release has only given people further fodder for going all out and mercilessly roasting it.

The film directed by Puri Jagannadh was released pan-India in Telugu, Tamil, Hindi and more, released on 25th August and stars Ananya Panday, Ramya Krishnan and Ronit Roy. The film is about Deverakonda’s character going from a street goon to an MMA fighter.

But the film has epically failed to impress audiences, with even some Deverakonda fans moving away from the film and thrashing it, saying its complete nonsense.

A Twitter wrote about the movie that “In Liger, Vijay Deverakonda’s transformation is stunning, and he gives a committed performance. But it is a wasted opportunity. The narration is totally formulaic. Where’s the story?”

The movie has been getting trolled and memed left, right and center, which is understandable also if the plot and general product itself are as ridiculous as everyone makes it out to be.

A 30-second clip by a common viewer has been going viral with people commenting that their review is much more entertaining than the film itself.

A Reddit user stated that “What were they smoking when they came up with this movie??”.

YouTube channel Unni Vlogs Cinephile posted a review of the movie and as per a translation they said “I wonder if this movie could have been saved, if they took all the heroine scenes into one folder….and then deleted it!”

Another Reddit commented about their review as “Yes, Puri owes me 120+ minutes of my life back. LIGER is that amazing turd in your toilet bowl. That log of shit that has colors that you can’t understand the reason for being there. It also has a weird shape… it somehow resembles something familiar. You almost want to take a picture of it to show friends late at night, when the blinds are drawn and have a dirty filthy thing you want to disgust someone with, but… you have this inate curiousity… “Have you ever seen anything quite like this?”