The United States is known to be a potboiler of cultures and people from all across the world. However, intolerance and hate crimes against people who do not conform to traditional white American behavior or etiquette still persist. Recently a group of Indian American women had to face hate crime and racial abuse by a woman due to their accent in Dallas, Texas.

Esmeralda Upton, the Mexican-American woman, is seen to be asking the women to “go back to India” since they are “ruining” America. She said, “I hate you Indians. All these Indians come to America because they want a better life.” When one Indian woman interjected by saying she herself is Mexican, Upton retorted that she was born in America, and they were not.

Read More: Are Indians Facing Racism From France, UK, Etc When It Comes To Vaccine Passports And Travel?

Upton then got more heated up and began attacking the Indian community. “Everywhere I … go, you Indians are … everywhere,” she is seen screaming in the video. Then suddenly she dropped the f-bomb at the person shooting the video and began shoving the women violently. She lashed out at them due to their accent while speaking English. She also threatened to shoot them with a gun.

This incident was brought under investigation by the Plano Police Department’s Crime Against Persons unit as a hate crime. Upton, 58, was arrested and charged with misdemeanor assault and terroristic threats. She was detained in the city jail with a bond amount set at $10,000. 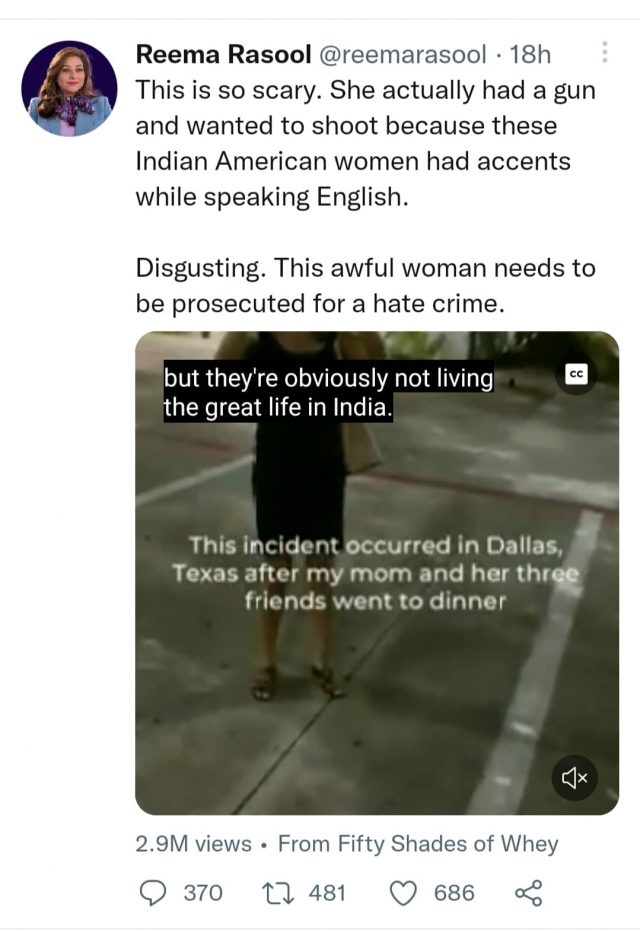 Urmeet Juneja, president of the India Association of North Texas, said, “We are happy that law enforcement has taken swift action and arrested this person. Still, we also think that they should conduct a fair investigation and get to the bottom of the matter and take this hate crime investigation to its conclusion.“ 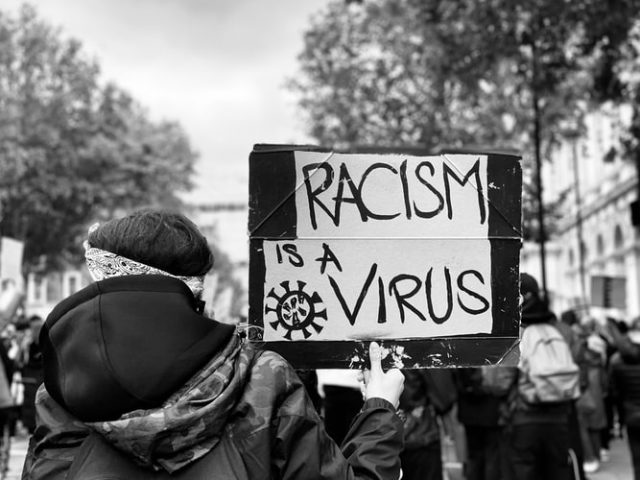 Other Indian-Americans voiced their concern over this hate crime. Chanda Parbhoo, executive director of South Asian American Voter Engagement of Texas, stated, “While we are relieved our community members are safe, listening to their cries for help from the verbal, physical, and racist abuse this woman was unleashing in that dark parking lot is infuriating.”

Sources: The Hindu, The Tribune, Mint