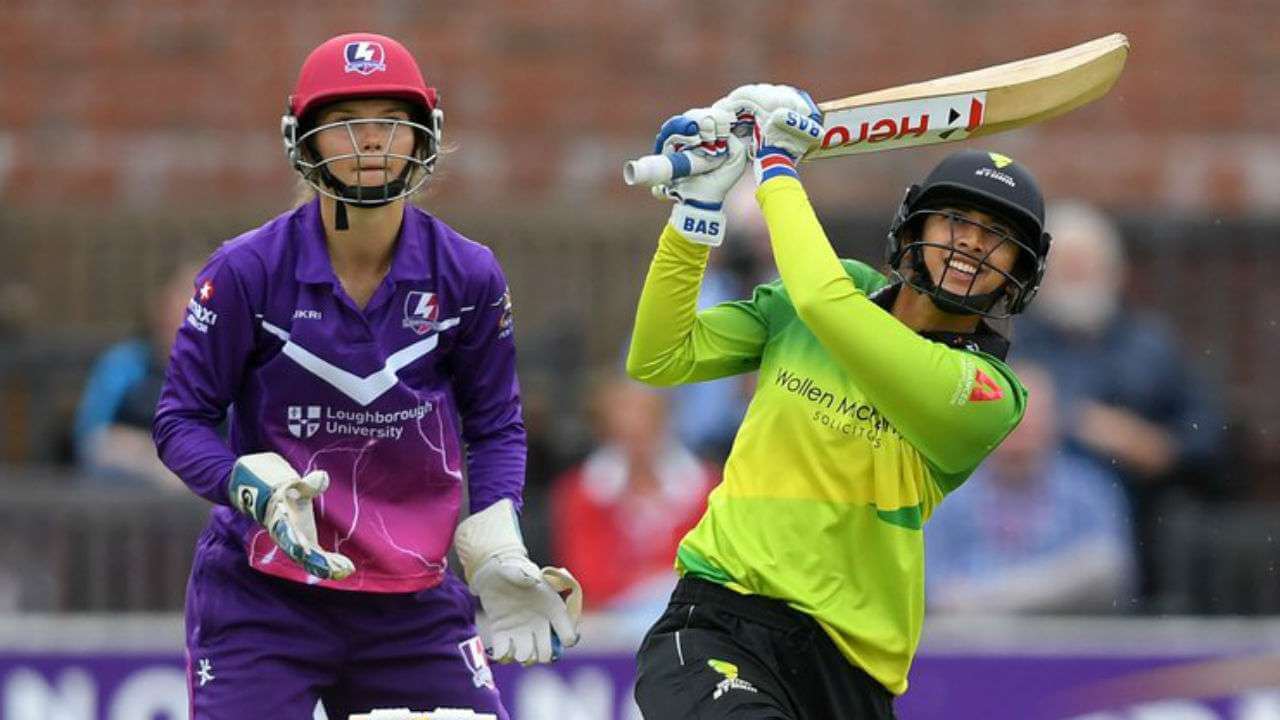 Smriti Mandhana, an Indian cricketer in the women’s national cricket team just made the joint-fastest half-century in women’s T20s during the currently on going Women’s Cricket Super League 2018.

Mandhana, who is just 22, has been the first Indian to play in the KIA Super League, a new T20 tournament series by England for women and is in the team Western Storm.

Everyone seems to be concentrating on Virat Kohli and his mic-drop gesture to celebrate the run out of Joe Root on Day 1 of the Test series which was also ironically the 100th Test match played by England.

This was a direct mimicking of Root’s own ‘bat drop’ when England beat India last month in the ODI series.

But while most were busy focusing on this, Mandhana created history by making 50 runs in just 18 balls in the match held in Taunton on Sunday. It is also interesting to note that the match was reduced to just six overs and even still, Mandhana managed to remain unbeaten with five fours and four sixes.

Mandhana’s half-century is perhaps the quickest one yet in the KIA Super League and she now holds a record with Sophie Devine from New Zealand. With 11 sixes in the tournament, Smriti Mandhana has now attained the title of having the most sixes by any woman player in the entire history of the tournament and in any season.

She was subsequently given the award for the Player Of The Match for her amazing performance and even earlier in June was named as the Best Women’s International Cricketer by our very own Board of Control for Cricket in India (BCCI).

Along with her though, there are several other achievements by our female Indian cricketers that are often overlooked in favour of the male team’s moments that are splashed around the social media and news.

Let us take a look at some other big moments created by our female cricket team members.

The current Indian captain for the Indian women’s team for Tests and One Day Internationals (ODIs) created history last year during the ICC World Cup match of India against Australia in Bristol.

In 2017, Raj made a world record by being the first player to cross 6000 runs in the entire history of women’s ODIs. This landmark record was made when Raj took a big six off Kirsten Beams, a leg-break bowler and even received a standing ovation from the Indian bench. Anjum Chopra, who was the former Indian women’s team captain was awarded in 2016 with an honourary life membership in the Marylebone Cricket Club (MCC). She is the first Indian female cricketer to do get this prestigious membership and joins in with other male cricketers like Virender Sehwag and Zaheer Khan.

The 39-year-old was also the first Indian female player to score a century in an ODI. With 188 runs against Ireland in the Quadrangular Series, Sharma also broke the previously existing record of highest score by an Indian in ODIs that was made by Jaya Sharma.

Jaya in 2005 created history by scoring 138 runs against the women’s cricket team of Pakistan in an ODI held in Karachi.

Watch: India Are Favourites To Win The Test Series Against England And I’m Not Saying This Because I’m An Indian