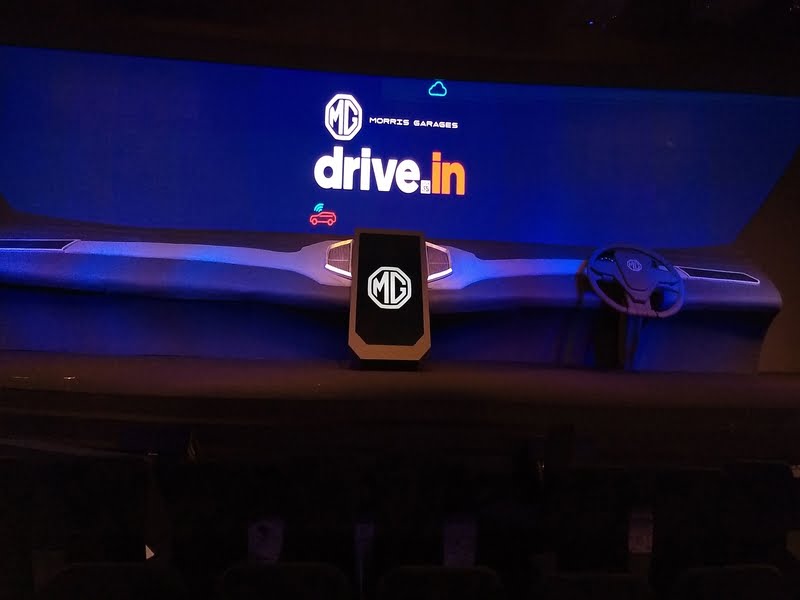 British car manufacturer Morris Garages (MG) is all set to enter the Indian market with the launch of its much-anticipated SUV named MG Hector, a car which MG claims to be India’s first ‘Internet Car’.

With the official launch of the car just over a month away, MG Motors India showcased the ‘next-gen iSmart technology’ at a Drive.in event held in New Delhi earlier this week. Having attended the event, I’d like to take you on a virtual experience through it all, in case you missed it.

The MG Drive.in event was held at the JW Marriot Hotel, New Delhi. I reached the hotel at 11:00 am, an hour before the main event was supposed to start. After confirming my presence at the Media registration desk, I received this red lanyard. 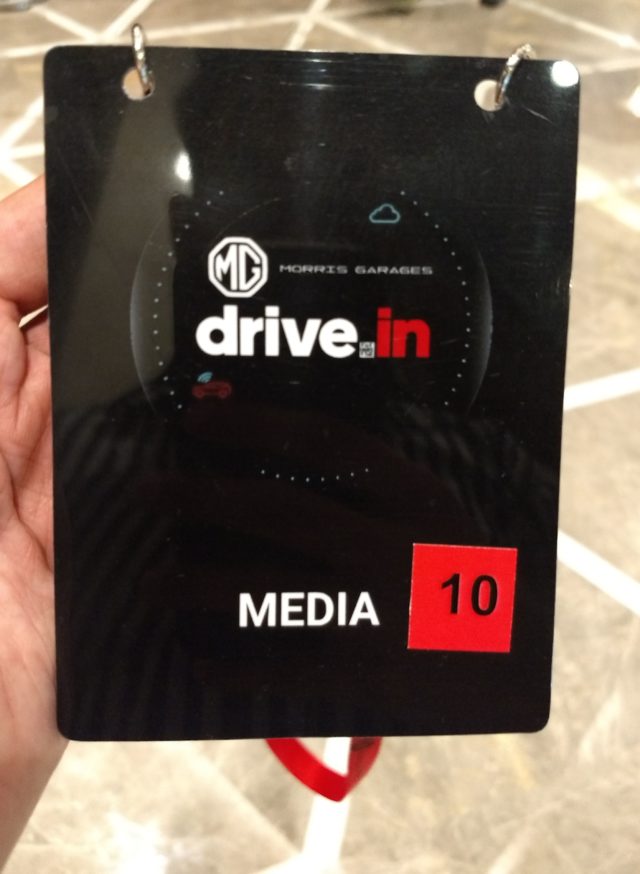 The place was buzzing with excitement, as everyone in the hall discussed MG as a brand and what its entry in India meant for the Indian market. 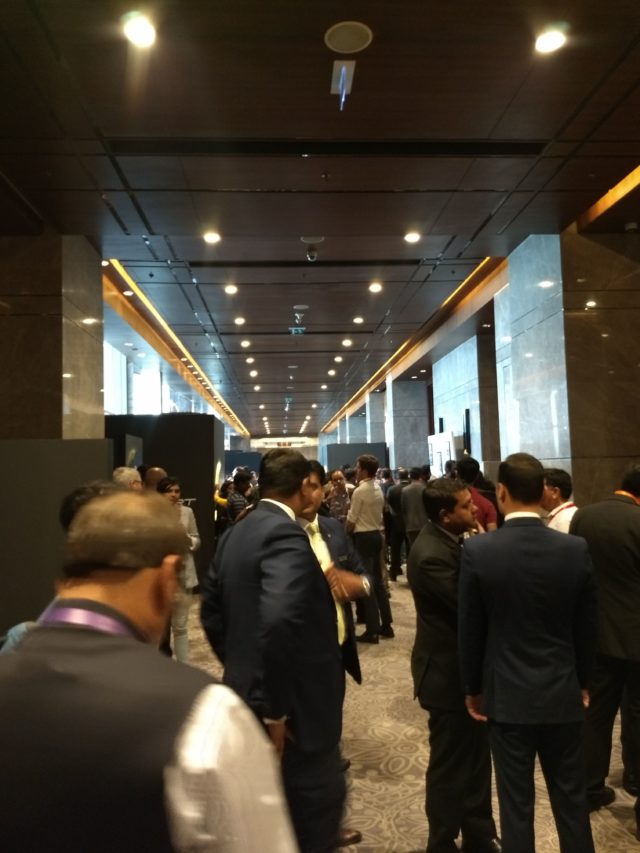 There was this beautiful black wall, which showcased how MG has evolved over the years. Born in 1924, the brand has come a long way and is now known for its innovations. 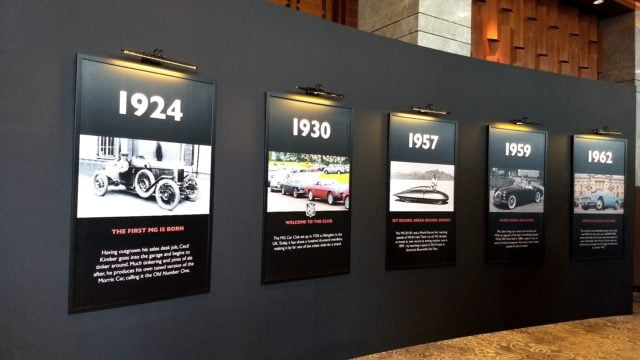 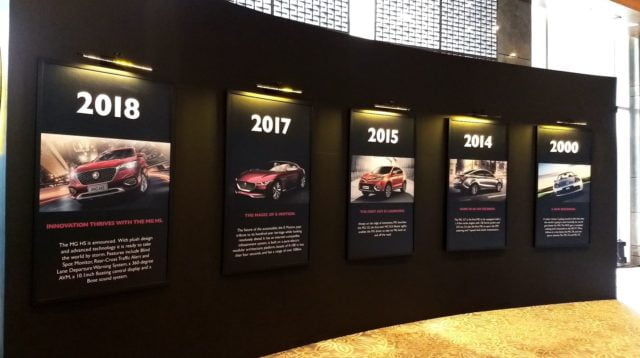 High tea was served, after which the guests were ushered to the Grand Crystal Ballroom, where the main event was held.

MG Introduces The ‘Internet Of Cars’

The Grand Crystal Ballroom was designed in such a way that the hall looked like the interior of a car. 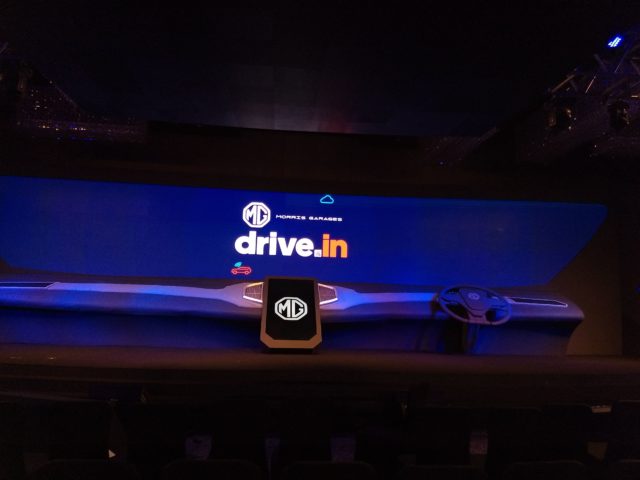 After a bit of waiting, the event began with MG’s brand ambassador Benedict Cumberbatch introducing the event in his voice. Then came on stage Mr. Rajeev Chaba, President and Managing Director of MG Motor India, who introduced MG Hector and what its entry meant for the future of the automobile industry. 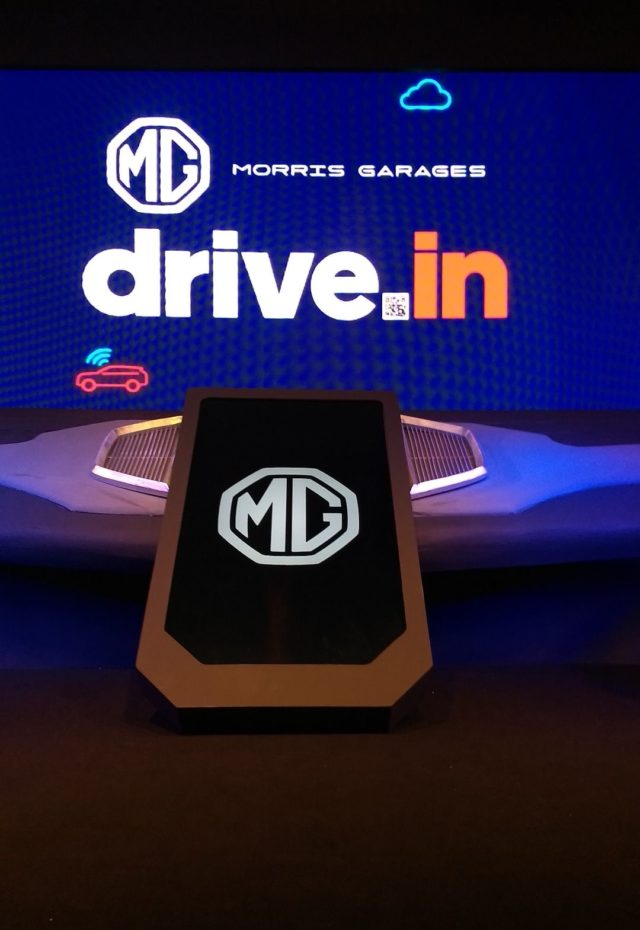 He introduced the ‘brain’ of the car, which is a 10.4-inch vertically-oriented touchscreen that has cutting edge features that will make it stand out from the usual touchscreen displays in other cars.

Global tech giants such as Microsoft, Adobe, Unlimit, Nuance, TomTom, SAP, Cisco and Gaana have collaborated with MG to deliver a whole new experience in mobility –

These features were introduced by the respective representatives of different companies, after which the guests and media-persons were taken for an in-hand experience of MG’s iSmart technology.

Also Read: LivED It: Roadtrip Unraveling The Hidden Gem That Is Kanatal

MG representatives showcased the 10.4-inch head unit that will feature this iSmart technology. 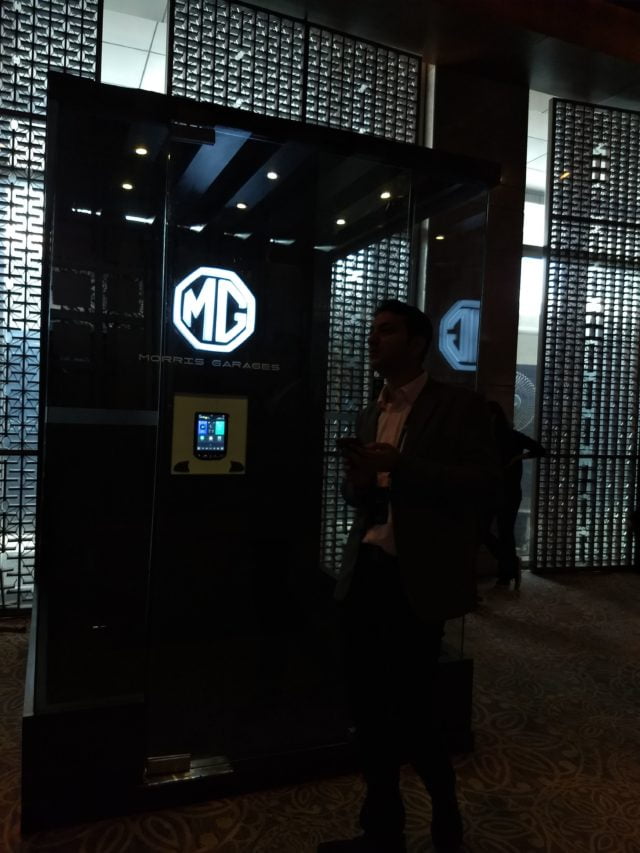 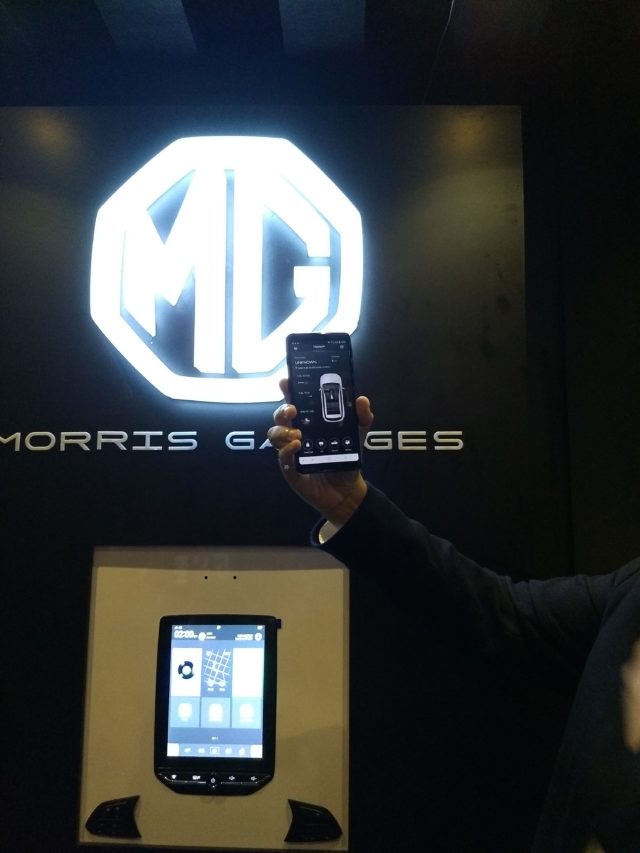 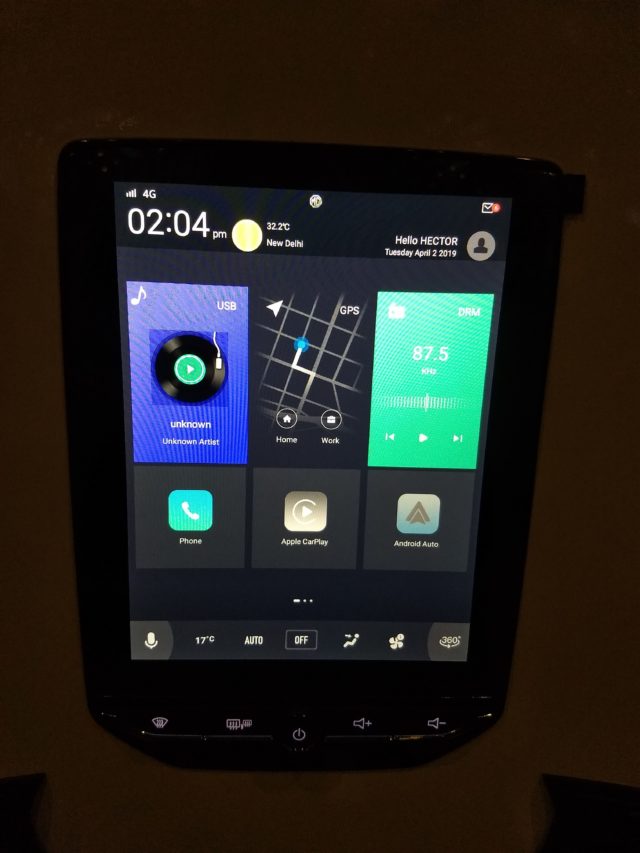 Features such as voice-assistance, navigation, and music were shown to us by the MG representative.

The iSmart app was also shown, which will provide real-time analytics of the car. 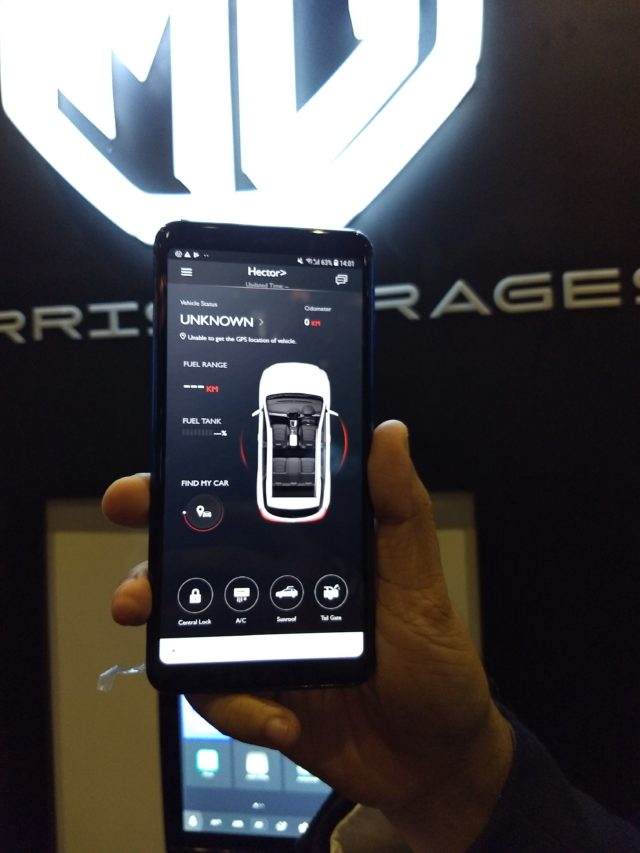 After the wonderful in-hand experience of the ‘Internet of Cars’, we proceeded for lunch and the event was over.

MG also gave their guests this goodie bag to thank them for coming to the event. 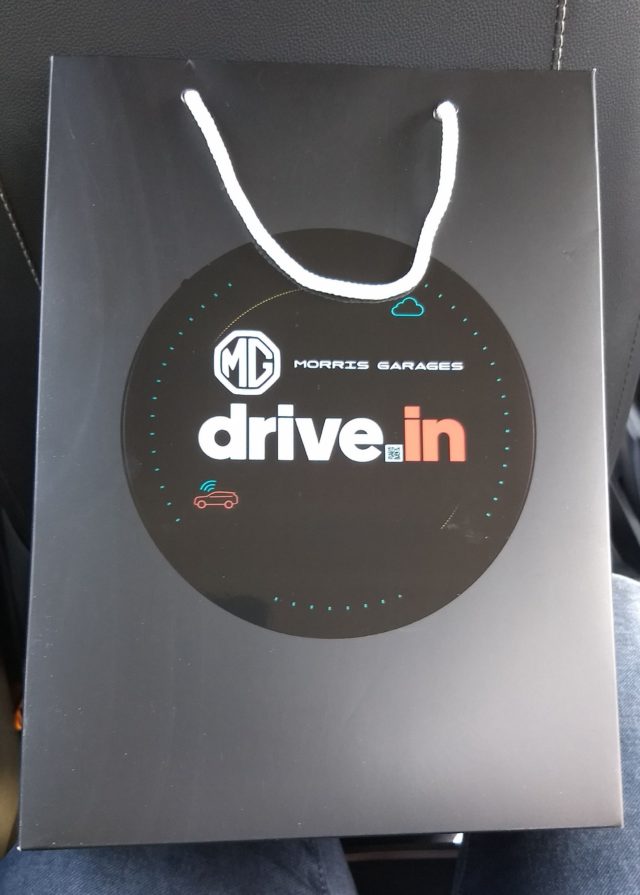 Thus, MG Drive.In event was one that showcased the tech aspect of MG Hector, a car that could potentially change the way India drives in the future. With just over a month to go for its release, the event created a lot of excitement, and now we’re left hoping that the car delivers on the promise.

Note: All images in this article were clicked by the author unless credited otherwise

Here’s How You Can Experience The BTS ‘Love Yourself’ Concert Movie If You Couldn’t Watch The Film: LivED It