BTS ‘Love Yourself’ concert movie finally released in India and the experience of it all was surreal indeed.

For those who are unaware, the BTS World Tour: Love Yourself In Seoul is a concert movie covering the band’s 26th August 2018 performance at the Olympic Stadium in Seoul, South Korea. It was this concert that officially opened up BTS’ ongoing Love Yourself World Tour that covered almost 12 countries including US, Europe, Japan and other parts of Asia.

Just like last time with Burn The Stage movie, the release date was delayed in India once more shifting from 26th January 2019 to 2nd February 2019.

While initially it was just being released by PVR cinemas, once advance booking started, other theatres like INOX (that had released Burn The Stage last year) and a few other theatres too hosted it.

BTS (Bangtan Sonyeondan or Beyond the Scene), a 7 member band of RM, Jin, Suga, J-Hope, Jimin, V and Jungkook is rapidly increasing in their worldwide popularity, gaining accolades from the music industry and other eminent personalities.

However, this movie, a special one-day screening with English subtitles was mostly for ARMYs (BTS fandom’s official name) to experience their concert if they had been unable to attend it at that time or just wanted to reminisce those memories.

This was a big deal especially for Indian fans since it does not seem possible that BTS will be holding an actual concert here anytime soon. So in the meantime, getting to experience it while sitting in comfortable seats and surrounded by fans, was a good way to do so.

However, if by some unfortunate chance you still managed to miss it or were unable to see the film, worry not, for let me take you on a virtual experience through it all. 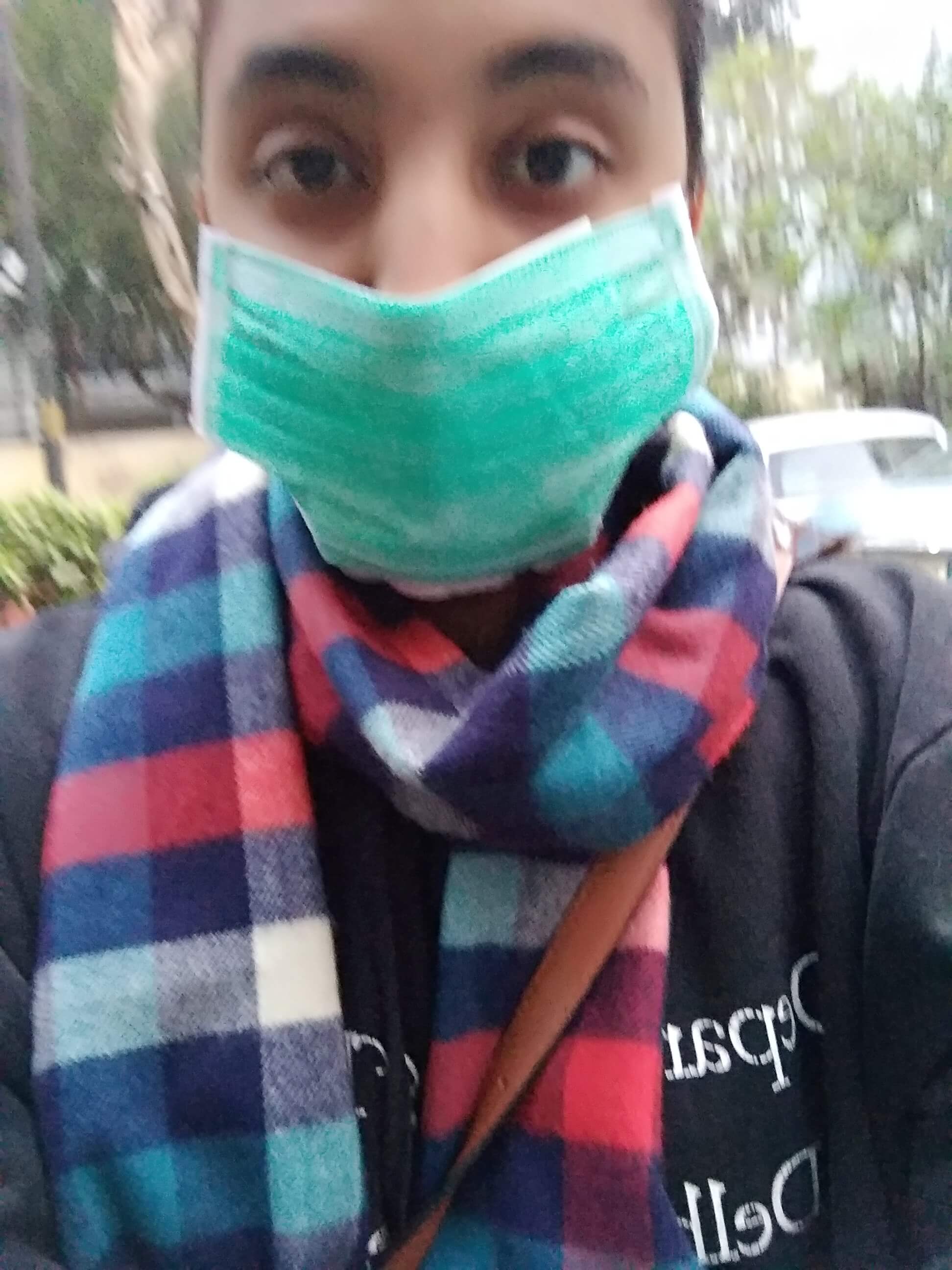 On my way to the theatre. 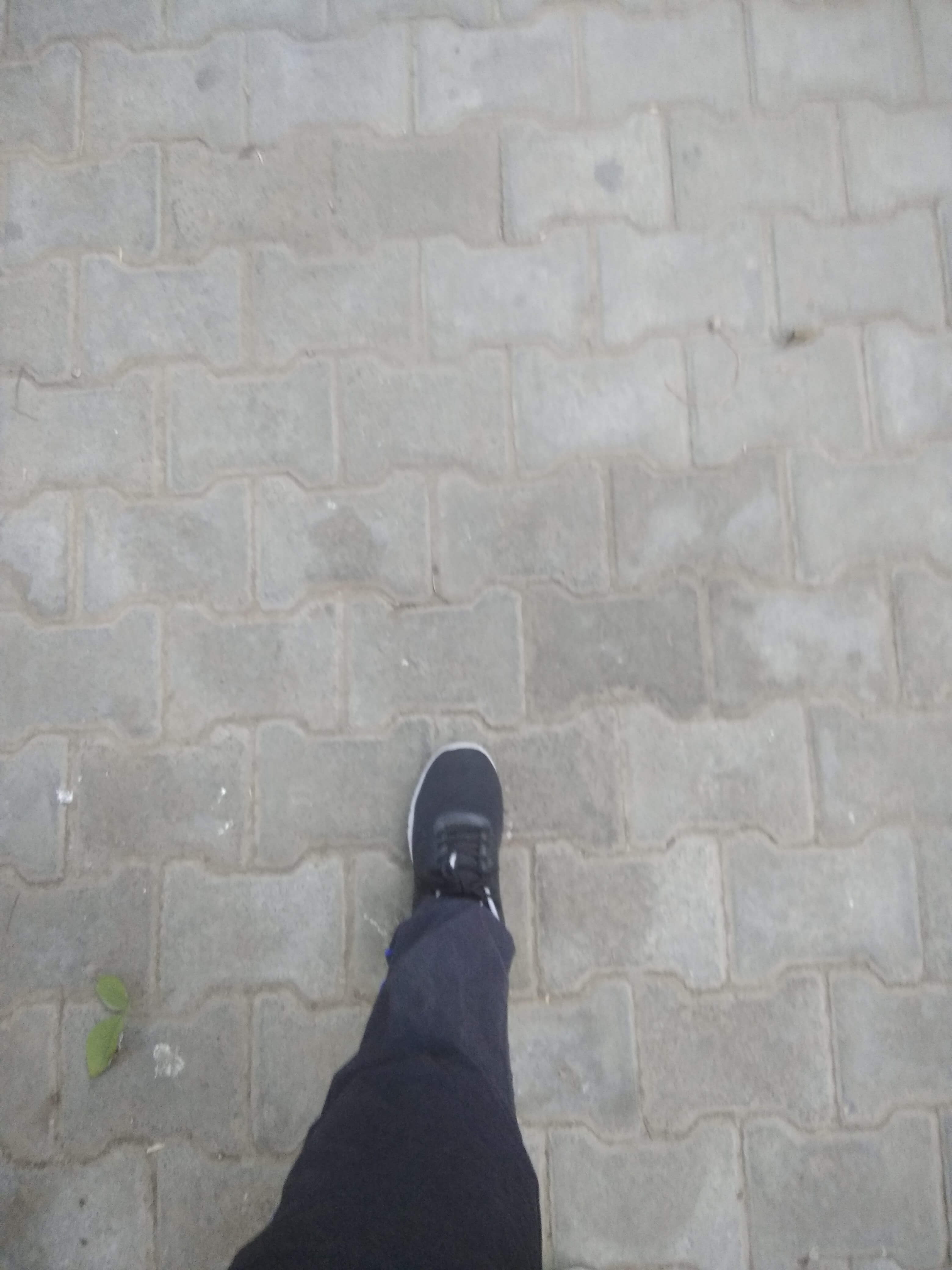 Obligatory ‘foot’ pose to show how cool I am. 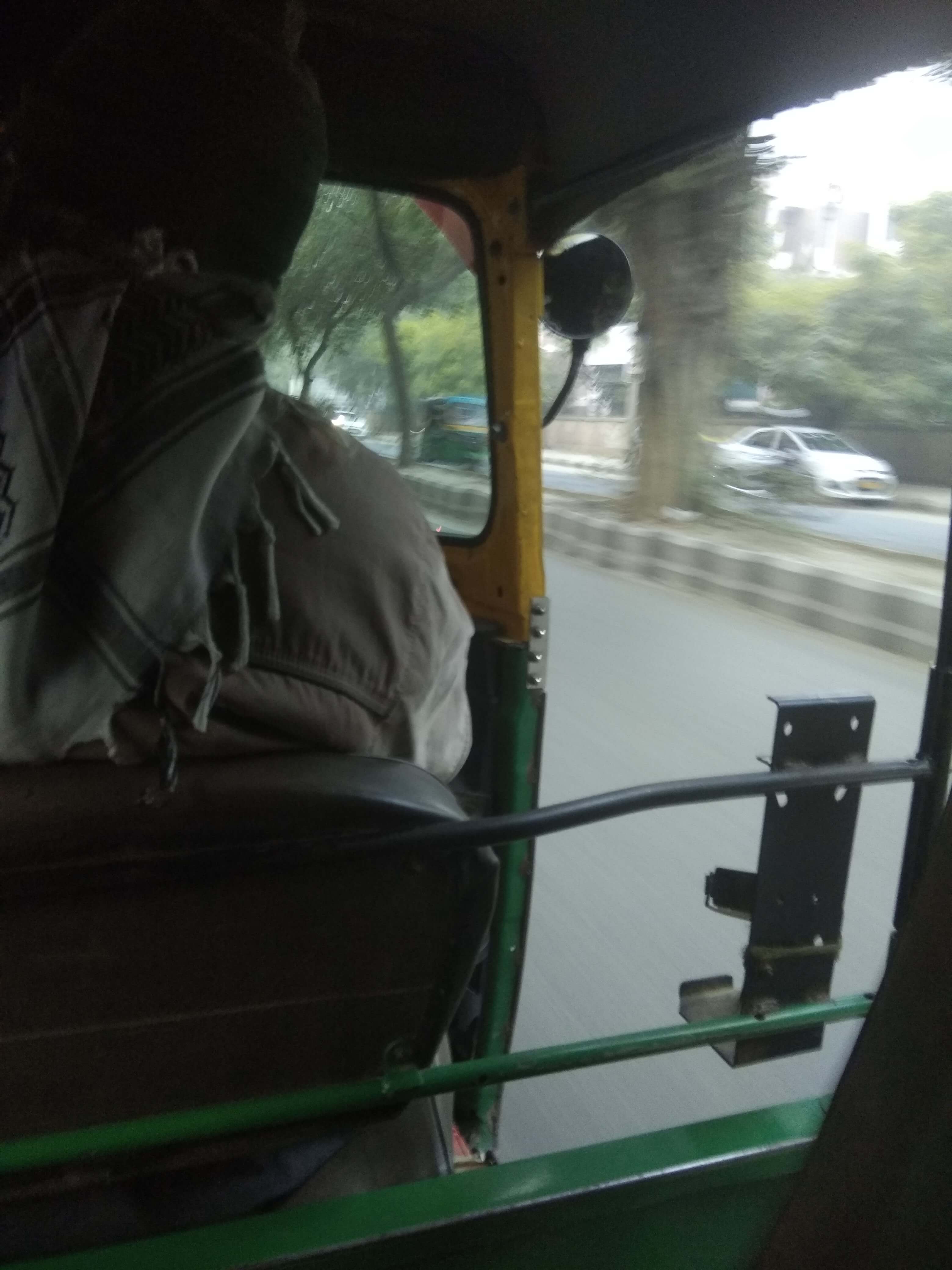 On the way in an auto. 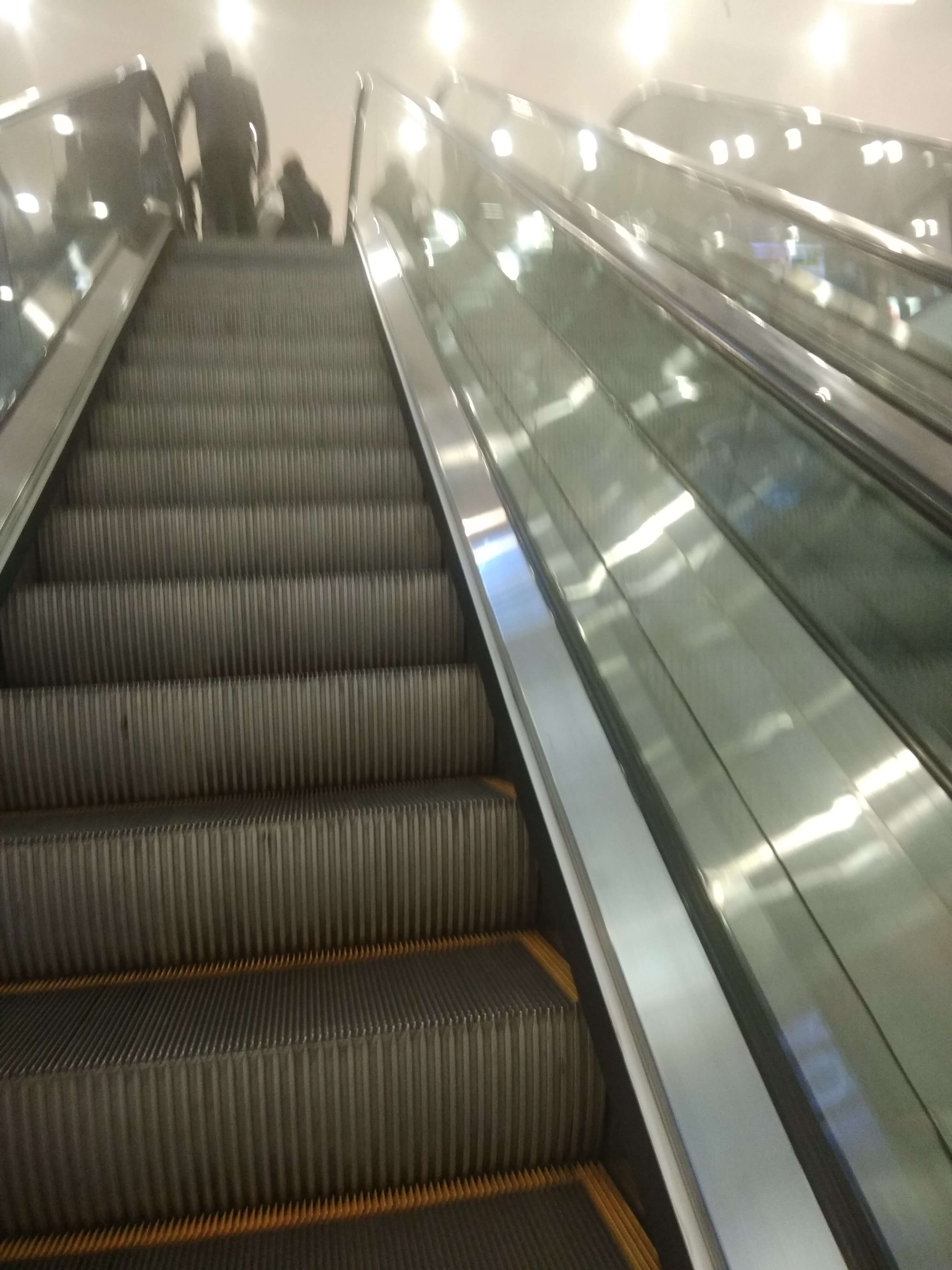 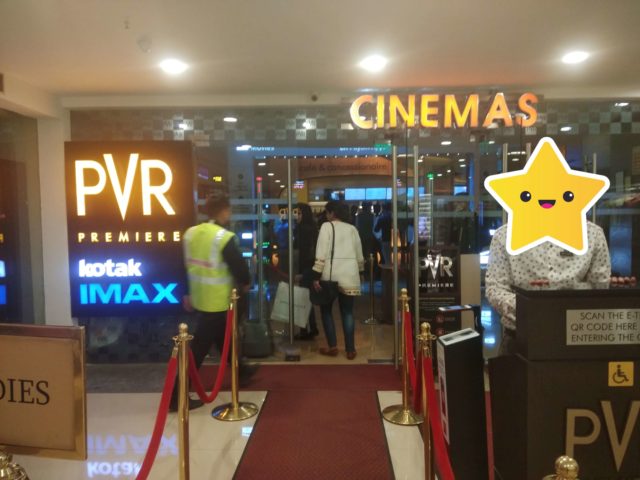 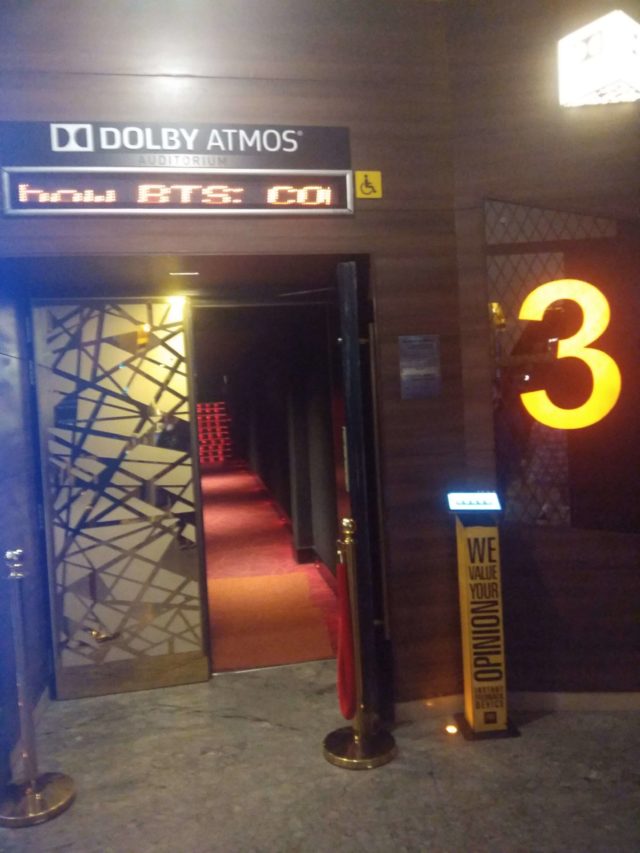 Audi 3! It was finally starting. Half the anticipation was from how different this would be to the Burn The Stage experience. 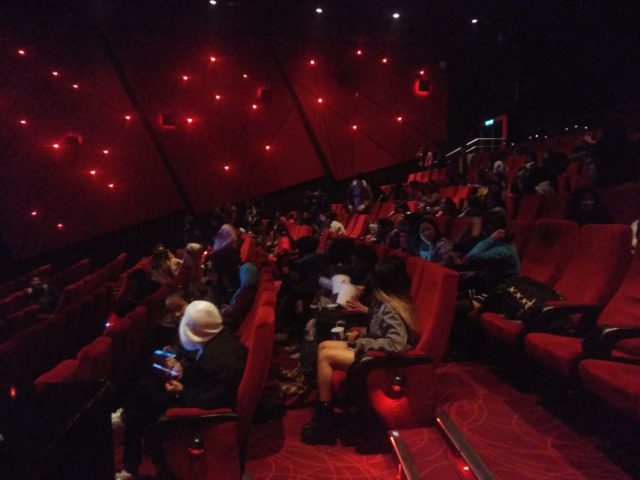 Half the auditorium was already full by the time I entered. The rest were taking their seats and slowly trickling in. Thankfully, I was able to snag a good middle seat that wasn’t too close to the screen. 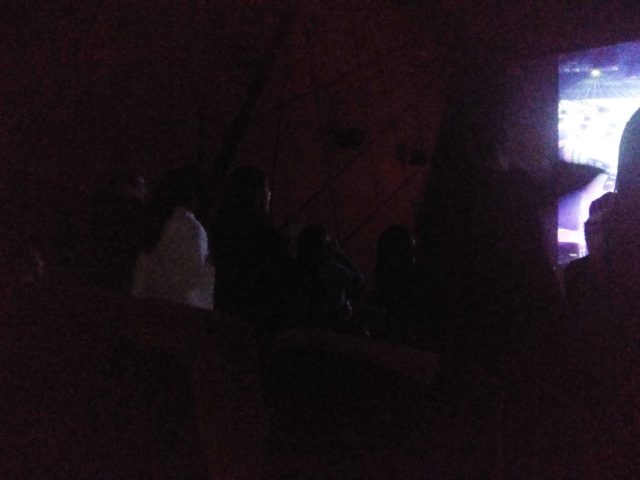 It was a crazy experience right from the beginning but by the time ‘I’m Fine’ song came up everyone was up from their seats and dancing and singing along with the songs. 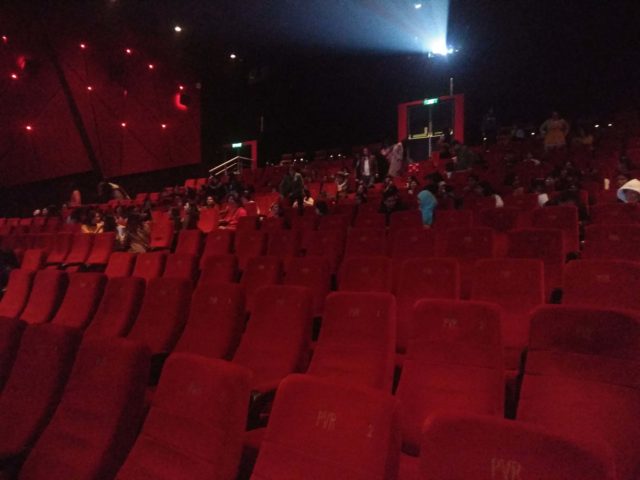 During the interval, the entire hall seemed so big and empty, it was difficult to imagine that not a few minutes ago it was filled with enthusiastic fans singing and cheering along with BTS. 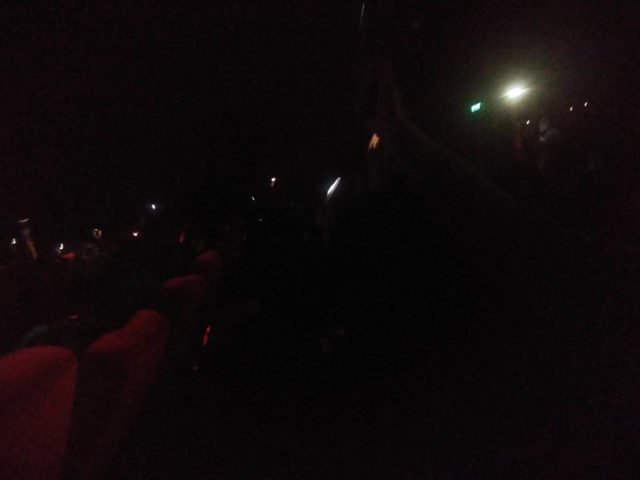 During the slow songs like ‘The Truth Untold’, ‘Singularity’, ‘Serendipity’ and more Indian ARMYs all switched on their smartphone ‘torch’ and held it up as a make-shift ARMY Bomb (BTS’ official lightstick). 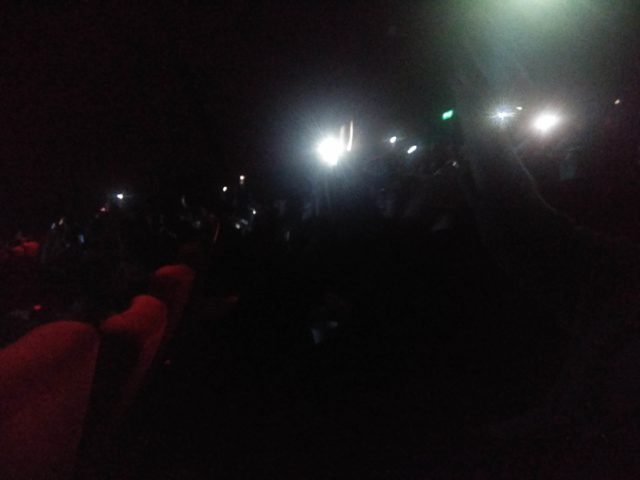 It was such a wonderful thing to see that so many people had come together to sing along with their artists, even if it was just in a movie theatre. All of them knew the song lyrics, fan-chants and their energy knew no bounds. 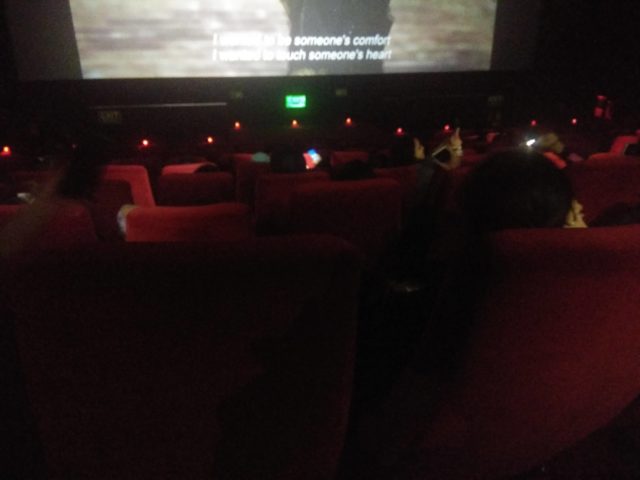 It was also nice to see that none of the people in the front seats were standing, allowing us to watch the performances in peace. The only ones who were standing were those in the back-row or they went to the last row if they wanted to cheer and jump around.

Heartening to see that even in a time of being overwhelmed by their favourite artists, the fans were courteous to the rest of the audience. 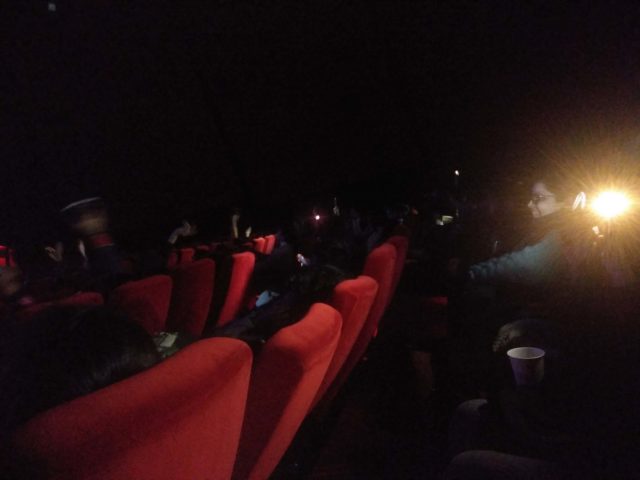 Also, it was good to see that most of the screaming was during fan-chants and certain lines of the songs.

Otherwise, it was a generally very happy atmosphere with the audience just listening and admiring their artists’ performance. 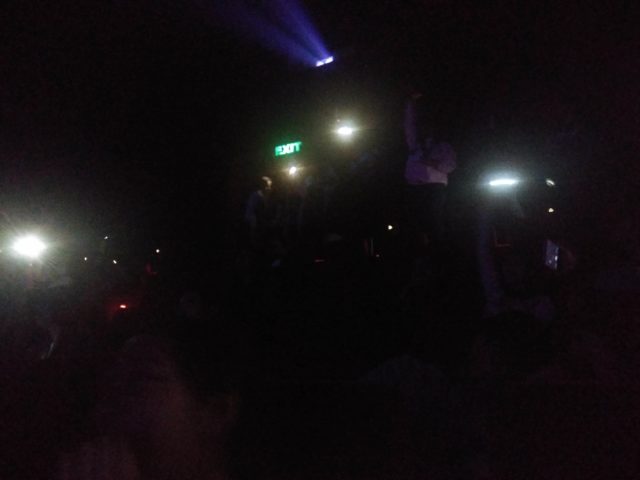 There were even a few PVR staff people who were standing around the exits, but were as immersed into the concert as us. 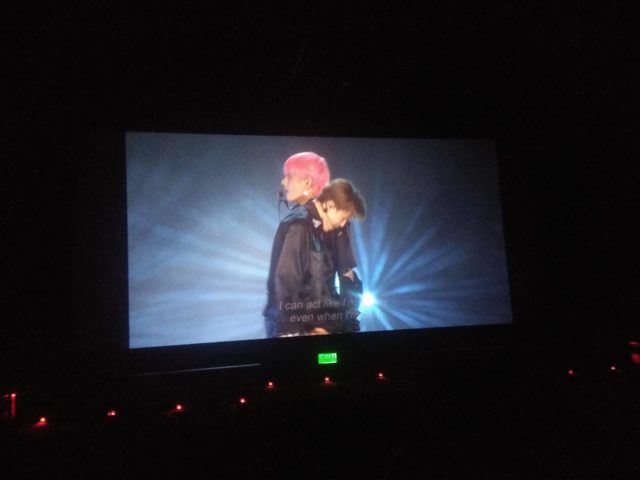 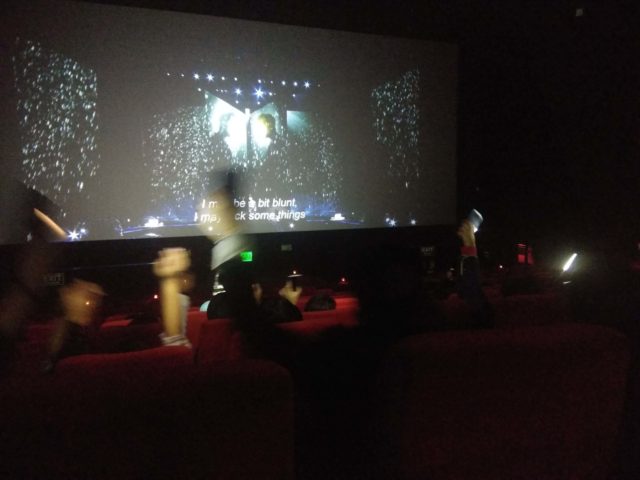 Epiphany got a lot of enthusiastic cheering from the audience, same with ‘Trivia: SeeSaw’ and ‘Trivia: Love’. The audience went absolutely mad when Outro: Tear and Mic Drop. To be honest, practically all songs got an amazing response from the audience. 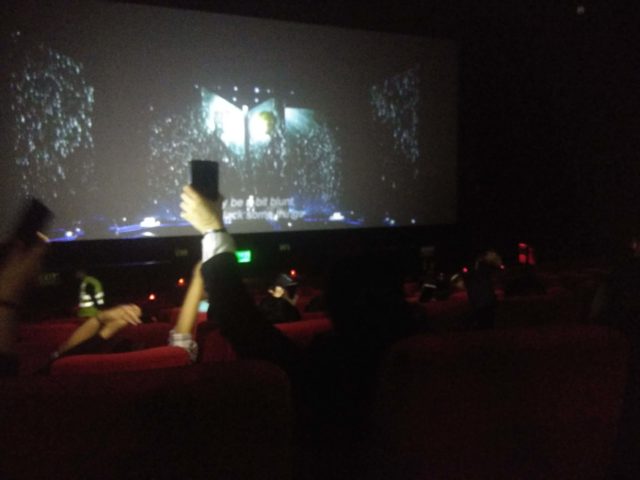 Another big moment was during the medley of some of BTS’ older songs from Boy In Luv, No More Dream, Fire, Baepsae, Dope. When listening to them, it just brought us all out of our seats to cheer and hype them up. 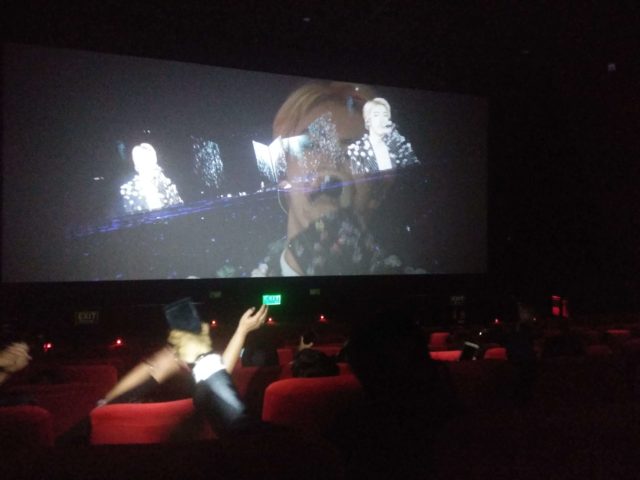 The film stretched over 2.5 hours, but with almost 28 songs in the set list, that was to be expected.

The end credits had little clips of the boys rehearsing for their performances, having fun and more with the last screen having a sweet message for ARMYs. 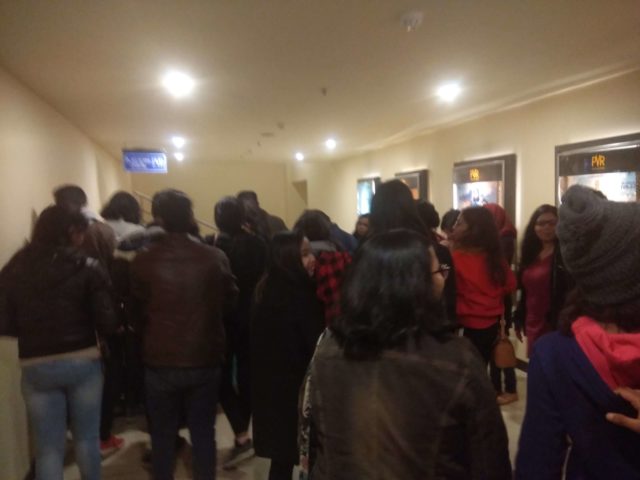 Phew, that was something. While I know an actual concert would be much different from this, like how we weren’t actually able to experience the water shots that happened during certain songs, the artist-fan interaction, the transitional films, etc, it was still a good enough experience.

Also @BangtanINDIA, a Twitter page that keeps Indian ARMYs updated with all the information and news about BTS, conducted another banner project across the country for this movie. We reached out to Oitrika from Bangtan INDIA and she said that,

“We did banner projects all over India where we designed and got banners printed for the movie. We distributed the banners in selected shows, like the main ones.

There were also people who gave away photocards and stuff. So basically our main was the banner project that was done in selected cities. We did a banner project for ‘Burn The Stage’ too but this time the difference was that it was on a larger scale.

The response was amazing. As we collaborated with PVR this time, we have given our videos and pictures to PVR for them to convert it into a montage and post it online. You’ll be able to see it on their SNS (social media) handles soon.”

When I asked them about how was the mood for Delhi, she said that,

“Oh the mood was great. Everyone was so amazing it almost felt like we were in a real concert and not in a theater. Everyone was legit jumping and screaming and it was so much fun.”

To be honest, I completely agree with that last line, even with all the drawbacks of it just being a movie, Indian ARMYs certainly got to see how it would be if or when BTS finally come to India.

Reviews Brand Voice - September 23, 2021
New Delhi, Sep 23:  For every successful business, several hurdles come with it. When we had a conversation with the Founder of Scribbld Social,...