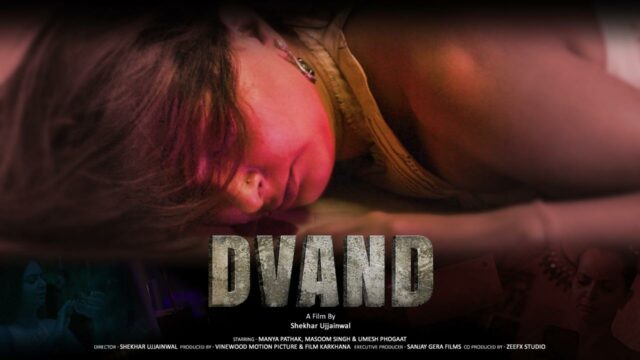 New Delhi, Oct 12: Dvand is a Crime drama, a murder mystery that will mark Manya Pathak‘s OTT Debut and Masoom Singh’s entry in OTT. Manya Pathak was last seen in Zee TV Dilli darling. She is a Theatre Actor and drama voice artist for BBC Hindi and Doordarshan. She has done many music videos with Zee Music, Sonotek and with 9M + views on the T series album Rok Lai. Masoom Singh is a Student of Dr. Sandeep Marwah’s AAFT Institute and a Bollywood Actor, last seen in the Movie Back to Dad. He has also appeared in UTV’s Bindass Dadagiri – Revenge of the Ex’s, Big Magic’s Cheek, Zee TV’s Zindagi ki Mehak and many TV Ads. This Short Movie features Manya Pathak and Masoom Singh in the lead. Dvand revolves around an unhappy couple and how they try to make their marriage work. A chain of events led to a heated argument between the couple and what follows later is drastic measures to survive life and death. The story is written by Ashwin T.K.Gopalasundaram and script has been written by Deepanshu Gupta. Dvand is produced by Adnan Adil and Vinewood Motion Pictures. It is distributed and co-produced by ZeeFx Studios and Sanjay Gera Films.

Song “Chand” produced by Suresh Bhanushali and Photofit Music Company is all over the...