Mumbaikars, if you are looking for some respite from having to drive in jam-packed lanes of the city only to get your favorite alcohol beverage, this news might be a piece of cake for you.

In a first for any Indian state, the Maharashtra government announced on Sunday that they are planning to implement a policy that will legalize the online sale and home delivery of liquor.

As of now, no model shop or third party in India is allowed to directly deliver alcohol to consumers. 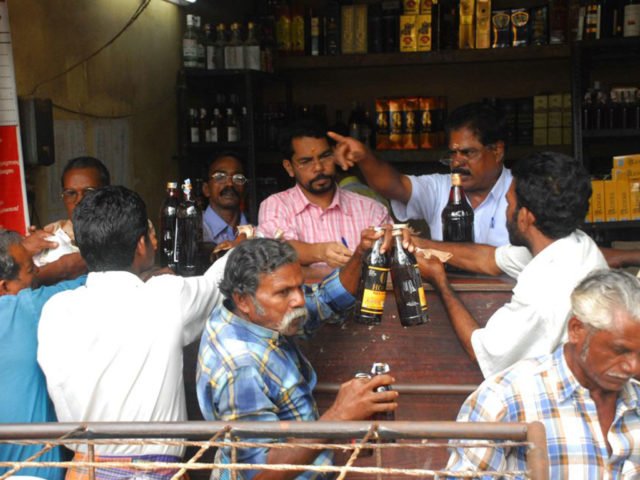 The bold move is said to be proposed in order to reduce the number of accidents that take place due to drunken driving.

”We want to curb the instances of drunken driving. Allowing home delivery of liquor will help in this.”

However, fearing retaliation from opposition parties over the announcement, the BJP minister did not specify as to when the decision would come into effect.

Bawankule was later reported saying,“We have a received an application requesting framing of a policy for purchase of liquor online from home. However, the government has not thought about it, nor there has been any policy (framed).’’

Read More: Mumbai Can Now Book An Ambulance Similar To Booking An Uber Or Ola

A senior official in the excise department said that an increase in revenue was also a major objective behind the proposal of such a policy.

Apparently, the state has been losing a considerable amount of tax owing to the closure of 3,000 liquor stores across the state due to the Supreme Court’s order to impose a ban on the sale of liquor along the national and state highways.

Various international and national E-commerce companies are expected to help the government in this initiative, similar to the sale of grocery that takes place on popular websites like Grofers and Big Basket.

Adhaar would also play an important role if such a policy comes into effect. The consumers would be required to enter complete details of their Adhaar card to make sure that they are of legal drinking age. The legal drinking age for beer in Maharashtra is 21 whereas for other types of liquor it is 25.

The bottles would also be ‘geo-tagged’ to track their route of manufacture and sale. Bawankule told The Times of india, “The tagging would be done on the cap of the bottle. We can track the bottle all the way from the manufacturer to the consumer. It would help curb sale of spurious liquor and also smuggling.’’

Apart from allowing customers to save their precious time, the policy would provide employment to people who deliver the product, whilst also ensuring that the quality of the product is not hampered due to strict monitoring measures by the government.