Home Politics It’s Hilarious How Trump Bashed Obama Over Iran In 2011 But Is... 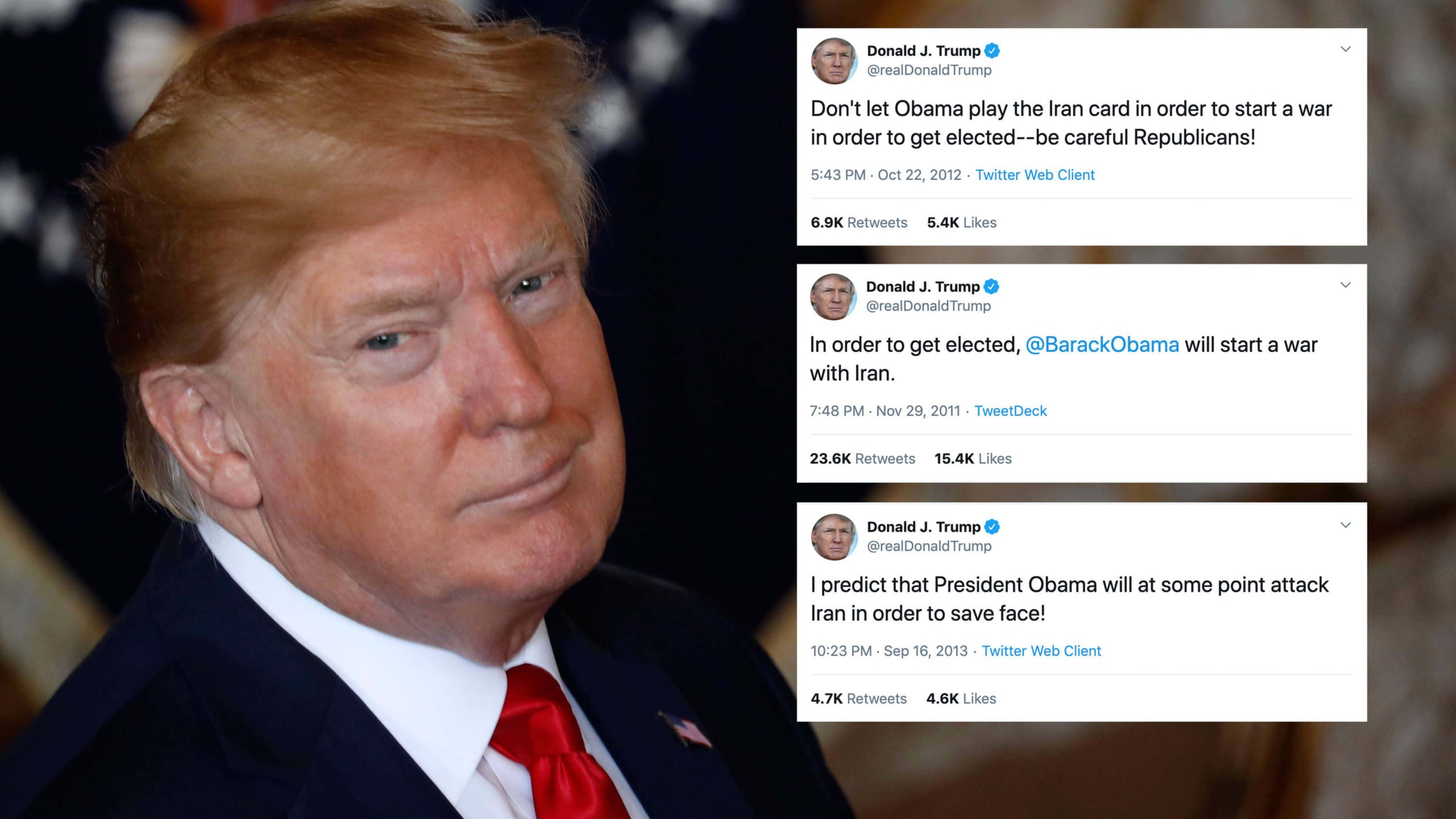 President Trump was probably expecting accolades and awards for his ‘heroic’ step of killing Maj. Gen. Qasem Soleimani when he ordered the air strikes near the Baghdad airport.

He was also possibly dreaming of how Iran would cower in fear and be awed by the ‘mighty US of A’ that he is a President of.

However, none of that really happened, US military carrying out air strikes on 3rd January 2020 in Iraq and Syria believing that militia groups who allegedly caused attacks on joint US-Iraq military bases were hiding there only led to US and Iran being on the brink of war.

Iran vehemently condemned USA’s actions and promised to retaliate with all their might and get justice for the public insult that USA had shown the country.

Till now, there has been no clear communication from Trump or his top officials on why the air strikes were approved in the first place.

Iran on their part has already shown USA their stand by sending missile attacks on US military bases in Iraq and asking for a complete evacuation of US officials and army from the country.

The Disaster That Is Trump

The White House had initially stated that Donald Trump would not be giving a response to this, however, mere hours after this, Trump was putting out a tweet that said:

All is well! Missiles launched from Iran at two military bases located in Iraq. Assessment of casualties & damages taking place now. So far, so good! We have the most powerful and well equipped military anywhere in the world, by far! I will be making a statement tomorrow morning.

This is not the first time that Trump has tweeted out something really strange and aggravating, going against even White House advice in some cases.

On January 4th 2020, he boasted on his Twitter of how the US government had spent over 2 trillion dollars on military equipment.

The United States just spent Two Trillion Dollars on Military Equipment. We are the biggest and by far the BEST in the World! If Iran attacks an American Base, or any American, we will be sending some of that brand new beautiful equipment their way…and without hesitation!

This prompted a lot of rage from common civilians who are angry at how the US government has trillion dollars for military yet no funding for education, health, housing and other social areas.

In another tweet he basically threatened Iran of how the US government has about 52 Iranian sites on target, ready to be blown up if Iran does not step down.

But frankly, this all is coming at a very interesting time, with Trump’s impeachment trial in front of the Senate hardly a few days away.

This tweet of his just proves his panicked stated even more:

The Impeachment Hoax, just a continuation of the Witch Hunt which started even before I won the Election, must end quickly. Read the Transcripts, see the Ukrainian President’s strong statement, NO PRESSURE – get this done. It is a con game by the Dems to help with the Election!

It is ironical that Trump is basically doing the exact thing he had accused Obama of back in 2011. In a video aired by “The Daily Show” host Trevor Noah, he went through a clip where Trump said that then-President Barack Obama would be attacking Iran to secure his spot during the 2012 elections.

In the video, Trump said that,

These tweets only further prove that:

In order to get elected, @BarackObama will start a war with Iran.

I always said @BarackObama will attack Iran, in some form, prior to the election.

Now that Obama’s poll numbers are in tailspin – watch for him to launch a strike in Libya or Iran. He is desperate. 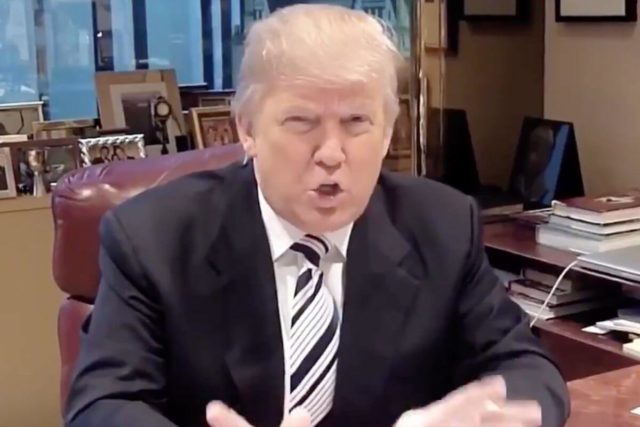 Read More: Any Idea Why #WorldWar3 Is Trending On Twitter?

Polls are starting to look really bad for Obama. Looks like he'll have to start a war or major conflict to win. Don't put it past him!

Don't let Obama play the Iran card in order to start a war in order to get elected–be careful Republicans!

I predict that President Obama will at some point attack Iran in order to save face!

Remember what I previously said–Obama will someday attack Iran in order to show how tough he is.

Remember that I predicted a long time ago that President Obama will attack Iran because of his inability to negotiate properly-not skilled!

Be prepared, there is a small chance that our horrendous leadership could unknowingly lead us into World War III.

He even tweeted in 2013 how the President should get approval from Congress before any attack on another country. Something he himself very conveniently did not feel the need to get.

The President must get Congressional approval before attacking Syria-big mistake if he does not!

To be honest, it just seems like Trump thought of the prophecy he’d given and decided to fulfill it himself.

The Holistic Living is spreading happiness through Online Counselling, Coaching &...