For someone who read novels by Sir Arthur Conan Doyle as a kid in the school library because mystery novels were much more fun than classes, the Sherlock series was a blessing.

Although Watson’s character was strikingly different and the entire setting was in modern days, it was delightful to watch Sherlock’s wit and observation at work. Just when we were rejoicing a series, Robert Downey Jr. dropped a movie called Sherlock Holmes in 2011!

The series continued for four seasons and the makers were rather naughty in giving only three or four episodes per season. Kept us hungry for more all the time, didn’t they? The last season ended as if the series had ended, and everyone anticipated the same. But there is a lot of commotion on the internet about Season 5 of Sherlock.

I cannot picture anyone else playing Sherlock and Watson better than Benedict Cumberbatch and Martin Freeman. I’d rather pay to see them work on cases than to see any couple romance on the big screen. 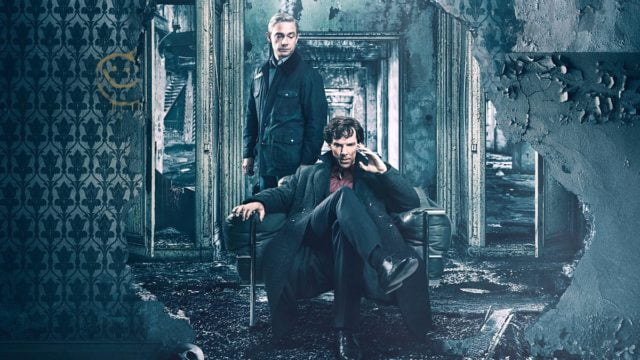 Never did Cumberbatch or any other crew member deny the possibility of a 5th season, but it wasn’t really “on top of the priorities list” as such. Producer Steven Moffat said in an interview with an English newspaper that they never really said goodbye to Sherlock and added that there was a possibility of another season.

There have not been any official announcements by BBC or Netflix but there are a lot of people on the internet talking about it, specially on instagram.

Also Read: Reasons Why Sacred Games Season 2 Didn’t Live Up To My Expectations

Characters Sherlock, Watson and Mycroft will mostly remain the same if another season does come out. Rumours are that several new characters are being recruited and we may also see Eurus Holmes, Sherlock and Mycroft’s sister in the next season, played by Indica Watson.

Personally, I’d like to see Lestrade remain because his confusion in conversations with Holmes was humorous as heck!

All characters will age, specially Watson with his eventful life. But will the humour and fun get old? No. Will Sherlock be a master detective? Yes. Will you watch the 5th season biting your nails? Only if you have Netflix. (If you don’t, you can always beg your friends to share their account.)

One small problem I had with the developing characters and storyline is that the wall that Sherlock had around him slowly fell by the time we reached Season 4. I’d like to see that back up in the next season. Since the 1980’s, we have seen the character pretty guarded in the books and it would spoil the fun if the series changes that completely.

Almost every villain that is introduced has something or the other to do with Sherlock’s past. Introducing one central maniac character, not from Sherlock’s past would be a good one for me, to see competition between the criminal and the detective. Pardon me, consulting detective.

Apart from this, I’m just as excited as all other fans are about another few episodes of mystery and my jaw is ready to drop every time Sherlock makes a remarkable observation. If you have any special news about this, please share it with us in the comments below. I’m sure we all want more of it. 4 seasons were not enough.