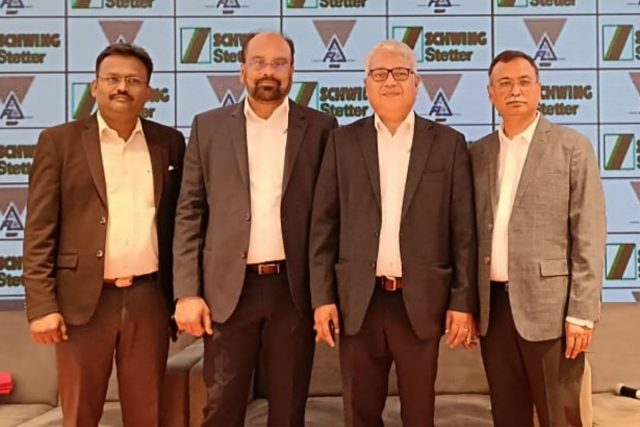 March 30: SCHWING Stetter India, a 100% subsidiary of the Schwing Group of companies GmbH, Germany, was incorporated in 1998. We are the pioneer of Concrete Construction equipment manufacturers in India, catering to the customers with world-class concreting equipment.

To market & support the Construction equipment range, Schwing Stetter is appointing dealers throughout India. As part of the dealer network, SSIPL appointed M/s Shreenathji Infra Equipments, a prominent business house based @ Ahmedabad, to represent the South & North parts of Gujarat State.  This is the first dealership facility in Gujarat State under SSIPL’s 3-S dealership footprint.