Home ED Originals In Pics: The Best Knocks Of IPL 2018 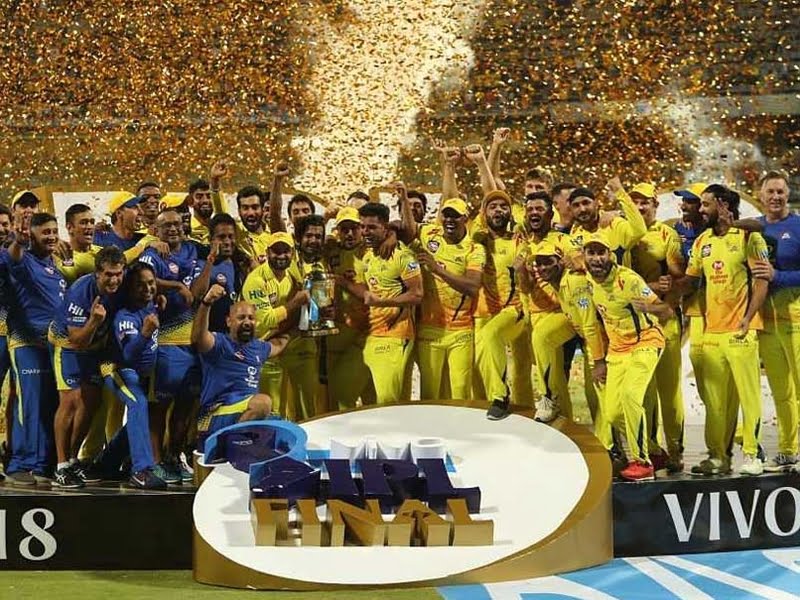 Cricket’s most loved league, the Indian Premier League, just completed its 11th season. In India, it’s a festival of sorts, full of frenzy and action. It’s a celebration of cricket in India and oh dear, that was some celebration!

Despite its existence for more than a decade, IPL 2018 was arguably the best IPL season ever. The IPL is certainly improving every year and shows no sign of fading out.

Records were broken, new fielding standards were set, bowlers shone in a game made for batsmen, shots were played all around the park and the youth promoted themselves on the biggest stage.

There were nail-biting finishes along with some performances that you will remember for years to come. From a young Nepali spinner to an old Australian pro, this IPL saw them all shine.

And so, after yet another scintillating season, we take a look at the best knocks of IPL 2018:

In what was Kings XI Punjab’s first match of the season, KL Rahul unleashed himself on the hapless Delhi Daredevils’ bowlers, going on to score the fastest IPL fifty ever of just 14 balls. Smashing 16 runs off Trent Boult in the first over itself, he set the tone for the chase and won his team the match.

It was a special innings from a special talent as Rajasthan Royal’s Sanju Samson scored a terrific 92 from just 45 balls. The knock saw Samson score 27 runs off Umesh Yadav’s last over, which ultimately proved to be the difference in the end.

It was the first match of the season and Dwayne Bravo showed exactly why the IPL is so popular among the cricket lovers. Chennai Super Kings slipped to 84/6, chasing 166 to win. And then came the man from the Caribbean islands, who made the chase possible for CSK with a 68 from just 30 deliveries.

The highlight of this knock has to be Ishan Kishan smashing 4 consecutive sixes off Kolkata Knight Riders’ chinaman Kuldeep Yadav. Watching the youngster thrash first choice Indian spinner was a delight to watch. His quickfire fifty set the tone for the Mumbai Indians, who went on to win the match by 102 runs.

This IPL will be remembered for the revival of MS Dhoni, the finisher. And although Dhoni 3.0 provided plenty of moments in this IPL, it was this innings that truly stood out. Chasing 206 to win, Dhoni played the role of a finisher to perfection and as you’d expect, finished the game off with a six.

Champions simply find a way to win games. CSK looked all dead and buried, lurking at 62-6, chasing 140. But then, the South African skipper stepped up, scoring 43 off the last 13 balls to take his team to the finals.

After a disastrous start to the campaign, Delhi Daredevils’ skipper Gautam Gambhir stepped down as captain. The responsibility fell on young Shreyas Iyer’s shoulders, and how he took it! In what was a sensational innings, Iyer scored 29 off Shivam Mavi’s last over that mentally damaged Kolkata Knight Riders.

It was a customary ABD special as he made a mockery of the target of 175 set by DD. The carnage from AB didn’t spare any bowler as he smashed every bowler out of the park for fun. It was a one-man show and he absolutely owned it.

If it wasn’t for a hundred in THE FINAL, this innings would’ve easily finished on top as the best knock of the tournament. It won’t be an exaggeration to say that Pant is more 360 than Villiers. Smashing 26 off Bhuvi in the last over, Pant showed why he is considered Dhoni’s successor.

The big man saved his runs for the big occasion. Despite taking 10 balls to score his first run, Watson went on to score a hundred, his second of the season. Chasing 179 to win the trophy, his presence ensured there was never a doubt as he smashed 27 runs off Sandeep Sharma to all but seal the game.

So that’s it for our list of best knocks of IPL 2018. Which of these innings was your favorite? Let us know in the comments.

IPL 2018: CSK Is Back After A Two-Year Hiatus: Why Is There So Much Excitement Around Their Return?