Paris Whitney Hilton is a huge name on the internet and most of us, if not all, know her name. But do we know about the challenges she went through while growing up?

It is so easy to dismiss the trouble and abuse celebrities go through as they are admittedly in a better position than common people. However, that definitely does not give us the right to invalidate their feelings and traumatic experiences.

In her documentary, This Is Paris, which can be found on her YouTube channel, the entrepreneur and reality star revealed for the first time the horrific abuse she endured as a teen while at a boarding school in Utah.

“I buried my truth for so long,” Hilton, 39, told PEOPLE magazine in an interview of the mental, emotional and physical pain she underwent while at Provo Canyon School in the late ’90s.

“But I’m proud of the strong woman I’ve become. People might assume everything in my life came easy to me, but I want to show the world who I truly am.”

Years before she found fame on The Simple Life in 2003, Hilton was a teen living in New York City’s famed Waldorf Astoria Hotel with her parents, Rick and Kathy Hilton, and younger siblings. With their privilege came the temptation to wander into paths that are not typically followed during adolescence. The siblings would sneak out frequently which irked their strict parents.

Eventually, their parents were fed up with them and made the decision to send their then 17-year-old daughter to a series of boarding schools that claimed to focus on behavioral and mental development, the last of which was Provo Canyon School, where Hilton would stay for 11 months.

In her documentary, she opens up about the abuse she went through over there which has led to her being traumatized for the rest of her life.

Finally, when she turned 18 in 1999, Paris left the school and headed back to New York, but was terrified to speak a word of her experience. But more than 20 years later, in filming the documentary and reflecting on her life thus far, she was finally able to open up about the trauma of her past — in the hopes that she can finally move on.

Here are some of the things the documentary brings to light. 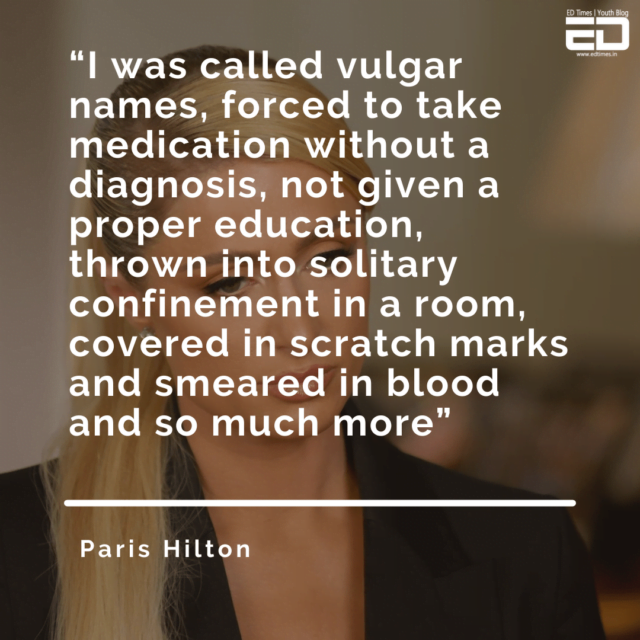 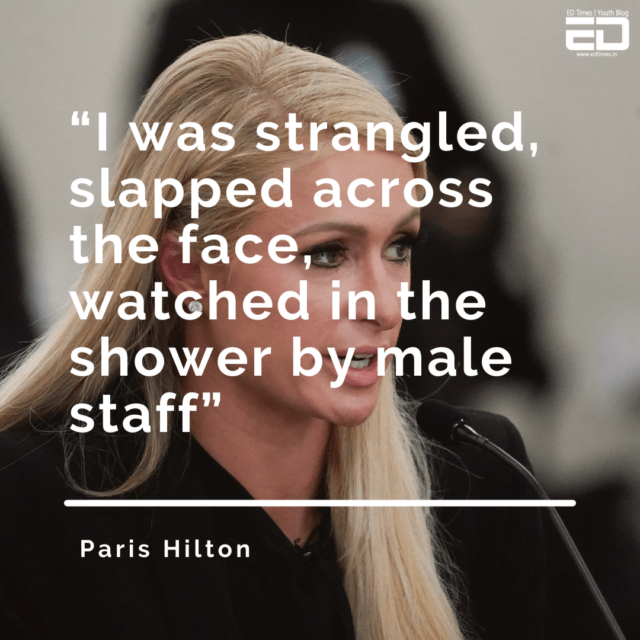 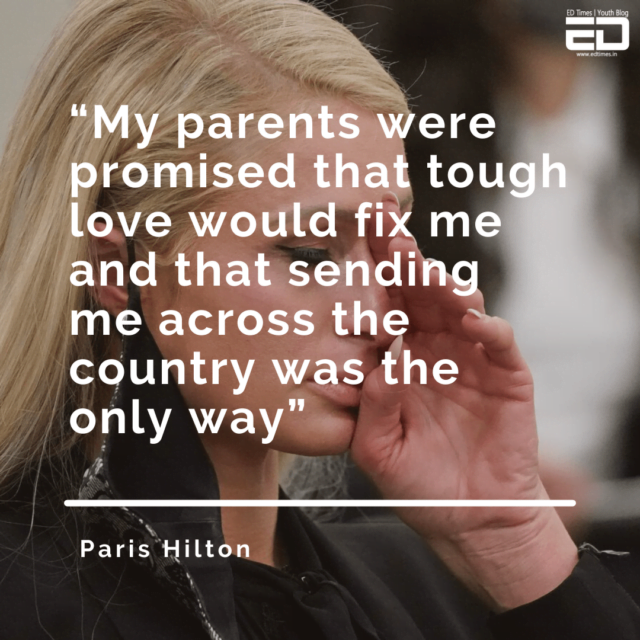 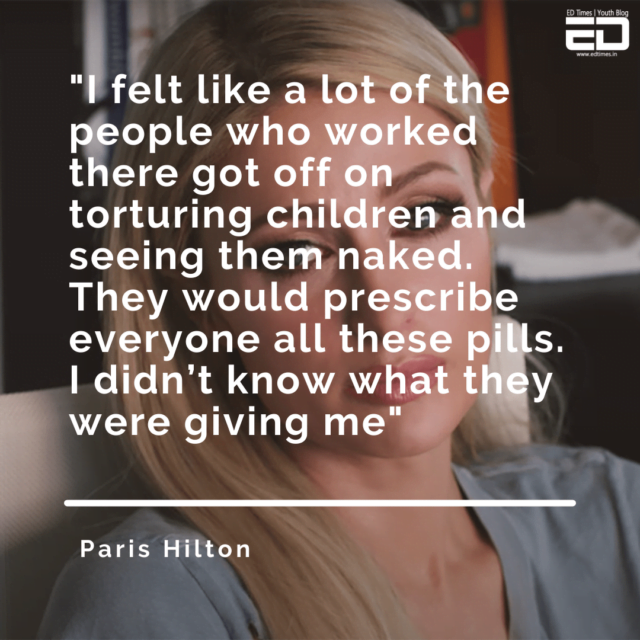 Read More: Here Are Some Reasons Why I Think Kim Kardashian Is A Genius Despite Not Being A Fan Girl 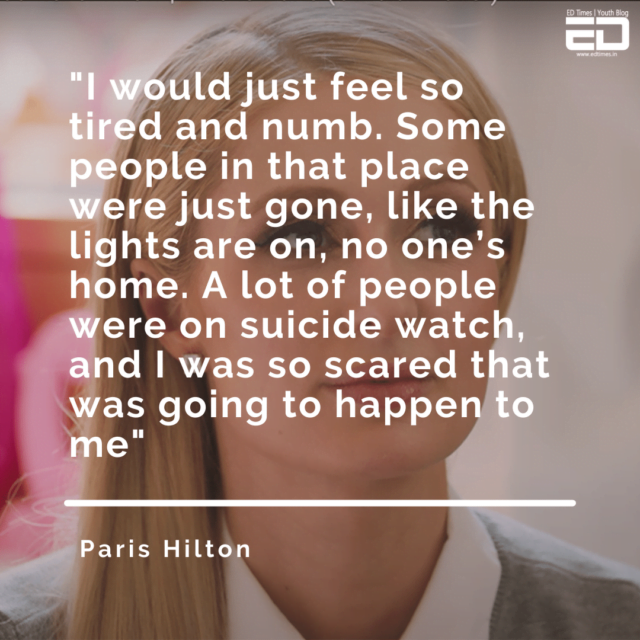 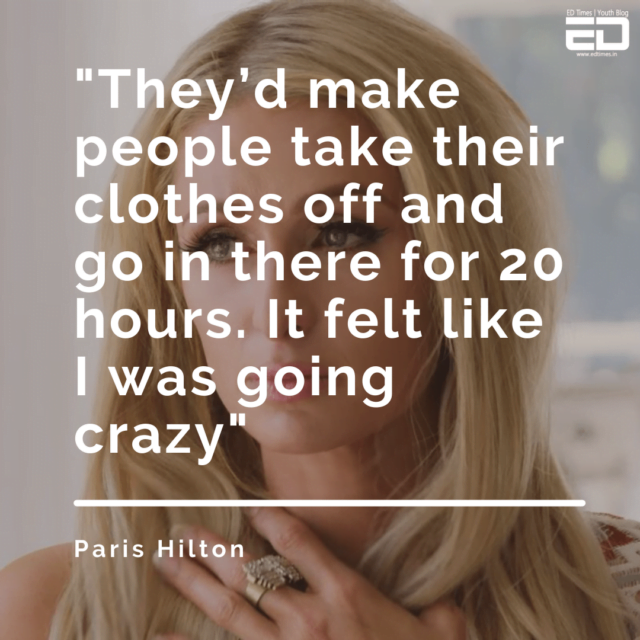 Many of Hilton’s former Provo Canyon School classmates appeared in the film to corroborate her story and share their own tales of abuse.

After the documentary’s release last September, Hilton organized a protest in a park near Provo Canyon School, along with hundreds of others who said they were also abused at the school or at similar schools for troubled youth. Hilton has called for the school to be closed.

However, Paris has said that she is not mad at her parents and does not blame them for her abuse and trauma as she has revealed that her parents were kept in the dark about what was actually going on in the school. Her attempts to communicate with them about the truth were squashed and she was often severely punished for trying to reach out.

Abuse is often normalized as “tough love” and this cycle of abuse comes back to haunt those tormented later in life. We need to take strict disciplinary actions to make sure that no impressionable mind is going through traumatic events that might become the cause of a mental illness as they grow up.

We should find a middle ground to teach and guide children and young teens and adults about the right and wrongs of life instead of leaving them up to the mercy of boarding schools.

Image Sources: This Is Paris

In Pics: When Hollywood Copied From Bollywood Blockbusters