A ten-day celebration that is originally recognised from its sixth day, Durga Puja is itself a hype. Yes, just a few more days and the wait will finally come to an end since the most stirring occasion of the year is about to set foot on the streets of Kolkata.

White October skies, the warm sound of dhaak, puchka stalls at the turn of each lane: the city of joy during Durga Puja is a treat to the eyes. Celebrated with great pomp and pleasure, this soulful festival unites families, lovers, acquaintances, even different religions.

While the narrowest lanes of Kolkata are busy getting draped with all colour lights, so are the people of the city, crowding the plazas and shopping complexes. But what is the chief attraction of this festival?

Durga Puja is definitely incomplete if your soles are not worn out from pandal hopping for hours. Various idols of Durga Maa dressed up in extravagant attires and the wholehearted efforts invested by the artists and Puja planning committees in decorating the pandals, is something you absolutely cannot miss out on. Here are a few Puja pandals in Kolkata that you should definitely check out.

Kashi Bose Lane is one of the most renowned Puja pandals of North Kolkata. Each year they come up with innovative ideas to explore different facets of Durga Puja in Calcutta.

This year the theme of their Puja is “Maa” where they are showcasing metaphorically and literally that soil is the universal mother holding everyone together and how it is related to the recent climatic crisis. Thus their chief objective is to save the soil, save the planet.

Santosh Mitra Square comes up with the most exquisite ideas every year. To honour the 75 years of independence in India, this Puja committee has selected “Azadi ka Amrit Mahotsav” as their theme this year. They have planned to conduct a light and sound show on the Independence of India using a highly advanced 3D object mapping technology.

This is a rather newly established Puja committee in Rajarhat, New Town. They will be celebrating their 7th year and the theme for their puja is “Pot o Putul er Majhe SOE ” where they will exhibit the craft works of several districts like Bankura, Purulia and Birbhum. Besides the canvas painting or “pattachitra,” there will be around thirty kinds of puppetry typifying different districts.

Based on 2015’s Biggest Durga Idol of Deshapriya Park, this year Subhashpalli Cultural Club is building a large-scale figurine of Devi Durga on a similar concept that measures 25 feet in height.

Shree Bhumi Sporting Club is the root of maximum traffic in Kolkata during Durga Puja. People from all corners of the city gather here to catch a glimpse of its breathtaking pandal. They make the greatest big-budget puja every year.

After Burj Khalifa, Sreebhumi Sporting Club is designing the “Vatican City ” this year as their theme. They will also be celebrating their golden jubilee this year.

It is another famous pujo committee in South Kolkata. They have been winning numerous awards for the last few years and the people of Kolkata have great expectations from them this year too. Their theme for 2022 is “Prithibi Abar Shanto Hobe” meaning “The Earth will be calm again.”

Shovabazar Rajbari is one of the oldest Pujos in the city, that does not pertain to any theme but simply retains its traditions. There are two houses in the name of two brothers who started the pujo, exactly opposite one another. Shovabazar Rajbari organises a simple yet royal Pujo and it is a must visit for everyone. 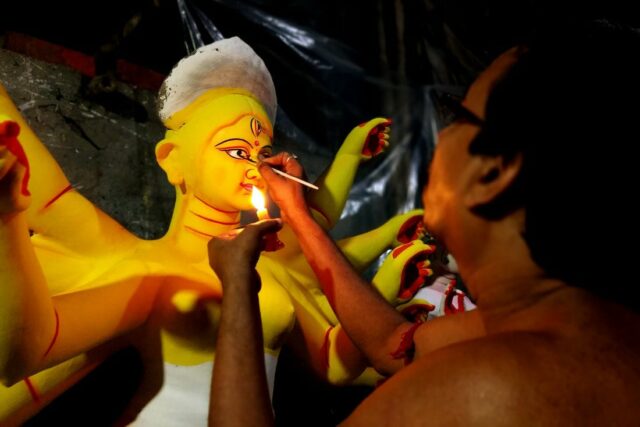 The Kolkata Police Department will be launching the new Utsav App during Durga Puja 2022 to help the people locate puja pandals and have various other details about this auspicious celebration, now just at the tip of their fingers. More than sixty esteemed Puja pandals will be incorporated into this application. 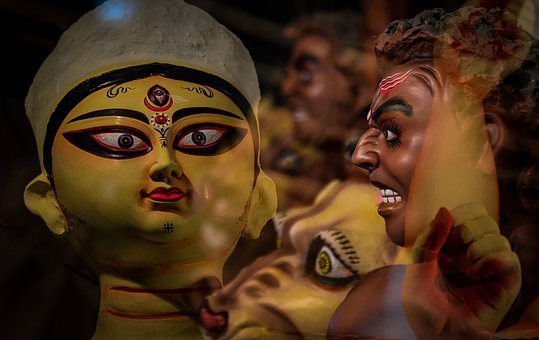 Which pandals are you excited to visit with your friends?

Source: The Holiday Story, The Statesman & The Times Of India