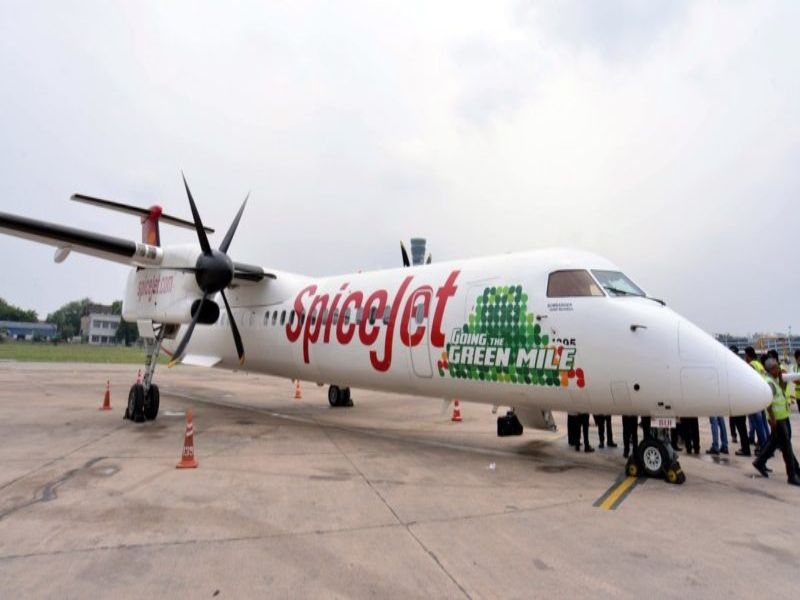 Spicejet flew India’s first biofuel-powered aircraft in a first of its kind experiment for India from Dehradun on 27th this month.

The experiment was conducted on a 72 seater Turboprop Q400 plane that took off from Jolly Grant airport in Dehradun for 20 minutes.

This demonstration proved that biofuel can be, in fact, used to replace the extremely expensive aviation turbine fuel which is used normally in aircraft. 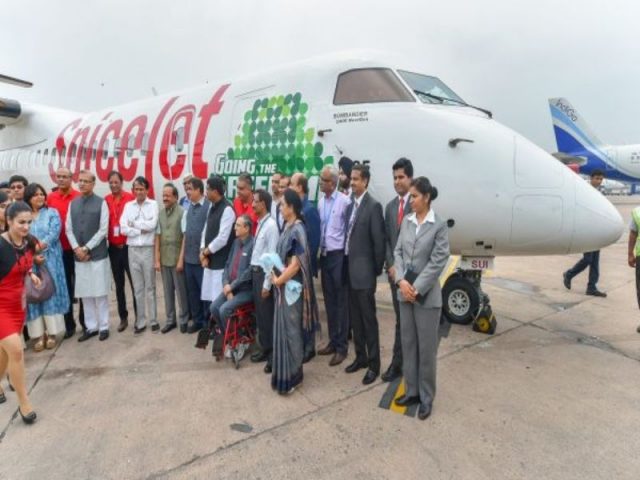 The biofuel used for the experiment was developed by Dehradun based Indian Institute of Petroleum using renewable sources like non-edible oils, bio-degradable industrial waste, and agricultural and municipal waste.

The 72 seater aircraft took off at 6.31am and returned back at 6:53 am with positive results.

According to Spicejet’s chief strategy officer, G P Gupta, in the preliminary studies, biofuel gave even better results than the regular fuel and the power generated was even better.

Back in 2013-14, one of their rivals, IndiGo envisaged the idea of using biofuel to power some of their aircraft but backed out in the end.

Related: In Pics: Here’s What India’s First Bullet Train Has To Offer

If biofuel sees a large scale production it could drastically drive down the cost of flights and could result in cheaper tickets and also air travel will be far cleaner and definitely have a lesser negative impact on the environment. 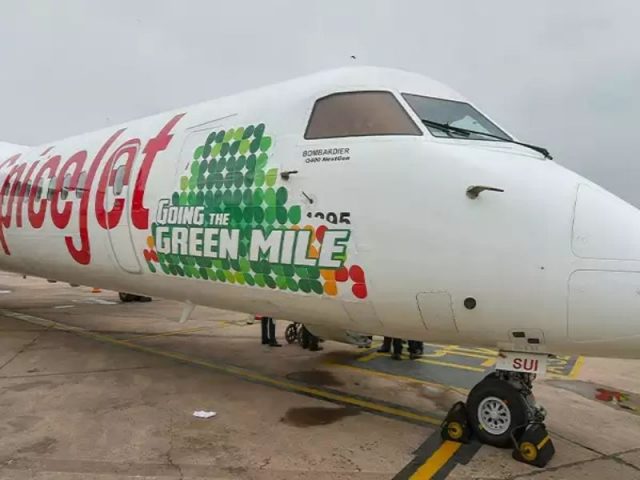 The biofuel developed for Spicejet’s trial flight was made from waste collected by from over 500 farmers in Chhattisgarh.

Not only does this mean a better use of the waste generated by households, it could also mean an additional source of income for the Indian farmers.

It can even prove helpful for the struggling airlines. A change from traditional fuel to bio-fuel can result in much-needed savings and thus more funds.

According to reports, India is set to become the third largest aviation market by 2025, the success of this experiment could not have come at a better time.

This is surely an extremely important step for aviation in India.

Watch: How To Get Your Content To Go Viral Online