The Pune police have launched simultaneous raids on homes of people all over the country, right from activists, writers, lawyers and even priests in relation to the Bhima-Koregaon violence at the start of 2018.

Along with the activists, their families and people related to them were also the subjects of search raids. One such search raid occurred inside a University campus in Hyderabad.

Raids Inside A University Campus:

Locals in Tarnaka, Hyderabad also reported a similar search raid incident but this time it was inside a University!

Prof Satyanarayana, son in law of Varavara Rao is a professor at English and Foreign Languages University (EFLU) in Hyderabad. His residence on campus was raided by Maharashtra police for his father in law’s alleged Maoist ties. 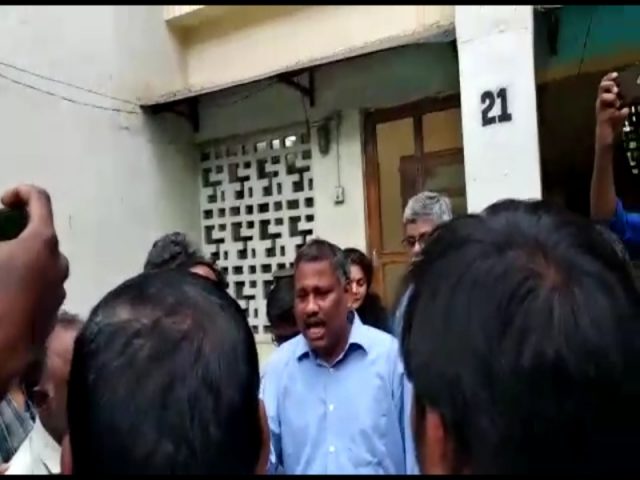 In a video which is doing rounds on social media, Prof Satyanarayana can be seen in tears outside his house on the EFLU campus while speaking about the ill treatment he received from the police who accused him of being a Maoist.

The police had entered his house without any prior intimation and Prof Satyanarayana along with his family was confined in-house since 10 am. Even the press were denied entry inside the EFLU campus.

Students at EFLU along with the teaching and non-teaching staff had come out in support of Prof Satyanarayana by forming a human chain around his house.

However, no student can come out directly in support of their professor as the EFLU maintains a strict cultural and academic environment exclusively and expressing a political opinion could land them in trouble.

Prologue To The Arrest:

On 31st December 2017 and 1st January 2018, Dalit activists and intellectuals had organized a conclave at Shaniwarwada fort in Pune called the Elgar Parishad.

Dalits have traditionally celebrated this day as a commemoration of the battle at Bhima-Koregaon which they fought along with the British against the Peshwas who treated them unjustly and were victorious in the battle.

This year they were asked by some right-wing outfits like Akhil Bhartiya Brahman Mahasabha, Hindu Aghadi, and Rashtriya Ekatmata Rashtra Abhiyan, not to celebrate the day, stating that a celebration like this is anti-national.

Yet, the conclave took place and during the event, reports of stone pelting in Bhima-Koregaon and adjoining villages surfaced. Massive clashes broke out across several parts of Maharashtra in during the 200th anniversary of Bhima-Koregaon Battle which resulted in a riot.

The Arrests Till Now And Their Reasons:

According to the police, the people in question were booked under the Unlawful Activities (Prevention) Act.

The police have said that they found “incriminating documents” but details of no such documents on the basis of which the arrests were made have been revealed.

Police have claimed that they have seized evidence like documents and emails from the arrested activists which ‘clearly states that they were allegedly planning to assassinate PM Modi.’

Human rights advocate, Sudha Bharadwaj was taken into custody and charged with Section 153A for promoting enmity between different groups on the grounds of religion. Section 505 for making statements that led to public violence, Section 117 and 120 of the Indian Penal Code (IPC).

Vernon Gonsalves’s family has claimed that they don’t yet have clarity on why he was taken into custody. 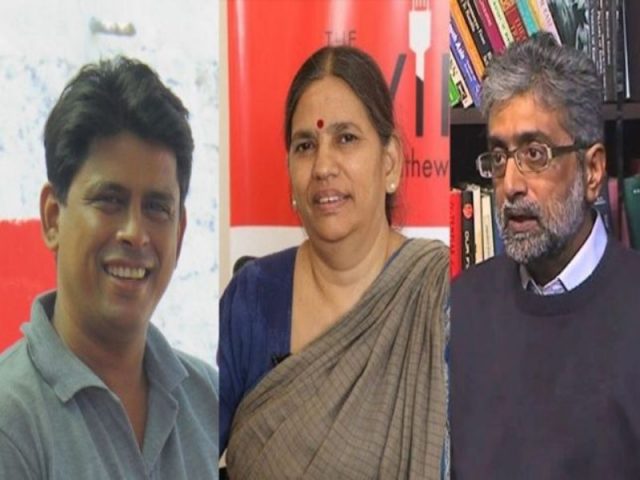 Varvara Rao was arrested from his Hyderabad home and taken to Nampally court yesterday.

Rao’s nephew Venugopal went on air to say that his uncle was arrested because of a cooked up story which connected VV Rao with an assassination attempt on Prime Minister Narendra Modi.

Ferreira’s family spoke to The Wire and said that the police initially claimed that it was a simple search raid. Only at 3 pm did they realize that he was being arrested and is being taken to Pune.

While being arrested, Arun Ferreira said “I am been arrested in the same case as [Sudhir] Dhawale and [Surendra] Gadling. I will be taken to Pune now.”

Sudhir Dhawale and Surendra Gadling were arrested on 6th of June and were charged for inciting violence and communal enmity among locals that lead to Bhima-Koregaon violence.

In Pics: The “Cultural Cleansing” Happening In China Against The Muslim Uyghurs