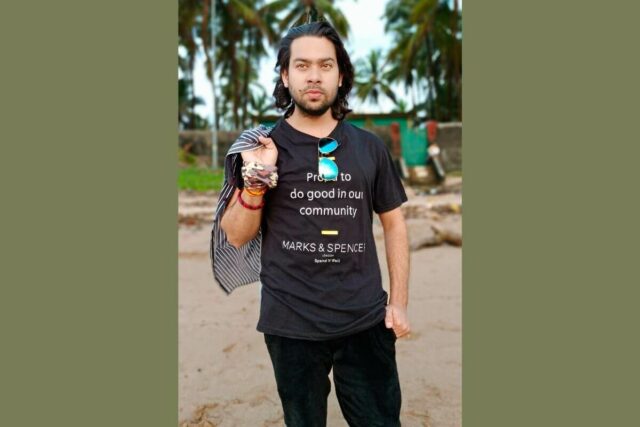 October 16: Shiva Shukla made a mark for himself with a power-packed role in the recently released OTT project ‘Sitapur the city of Gangster’. The film, streaming on MX player, bagged the Iconic Award at the Mid-Day International Showbiz Award 2021, held in Dubai recently.

The actor, a resident of Phaphund, a small town in Auraiya district UP, will soon be seen in some big projects of Bollywood. Shiva recalls that when he expressed his desire to become an actor, everyone made fun of him.

“I didn’t even have a TV at home and would watch the serial on a black and white set at a friend’s house.  I used to tell people that one day they would get to see those on the same screen, people used to laugh at me, including family members. But now, people of my family and area are also supporting after seeing me making a name in the entertainment industry,” he says.

Elaborating more about his journey UPite says, “During my school days, I participated in a few plays.  After passing intermediate, I joined theater.  A year after my father passed away, that incident made me more determined to prove myself.  Initially, I was into mimicry and started going to places within the state to act.  So, from my city, I reached Kanpur, then Lucknow, Delhi and finally I reached Mumbai. Theater was not paying me well, but when I joined event companies.  I was doing commercial plays and stand-up acts, which earned me better money.

Shiva has been a part of a show made for a channel.  And also did quite a few short films, “I tried my hand at acting and producing with the short film Sorry Mom (2018), which was based on de-addiction.  It ran extensively in the De-addiction and Rehabilitation Center.  Then I got an opportunity to work with Govind Namdev Ji on a film project.  But unfortunately, the film got shelved.  Meanwhile, I launched my start-up called Bollytimes, which helped me stay in the city.  Now I believe that extra income is necessary to realize the dream of acting.  It’s a very tough world out there.”

Apart from acting in the film Sitapur, he also played the role of an executive producer.

He was also part of director Sagar Pathak’s critically acclaimed Bollywood movie Cypher Shoonya Se Shikhar Tak as a publicity representative, and his first Hindi web series Vintage Boys, is streaming on MX player. And now he is also working on his upcoming movie and web series.