Home Lifestyle How The Socratic Method Can Help Provide Clarity 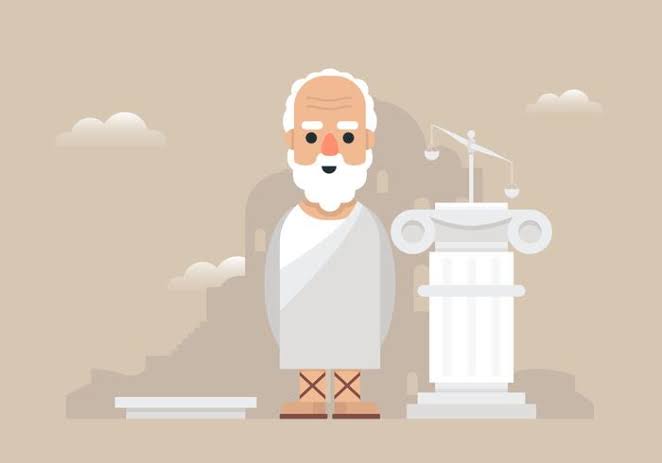 Have you ever felt as if your point is not getting through to the other person? As if s/he does not understand your perspective at all even after all your efforts?

There is a simple solution to this issue – The Socratic Method.

What Is The Socratic Method?

The encyclopedia defines it as “a form of a cooperative argumentative dialogue between individuals, based on asking and answering questions to stimulate critical thinking and to draw out ideas and underlying presuppositions.”

It helps you to put forth your side of the story in a simple manner and also help understand the view of the person you are conversing with.

In simple terms, it is the method of enhancing conversations.

It is particularly used in classrooms for it is the most common place where there is a one-sided conversation and it is also highly recommended for arguments.

How Can We Apply This Method?

The successful use of this method is through five steps.

Step one is to wonder.

We’ve heard of the phrase, “Curiosity is the mother of invention”, it is time we put this to use.

Unless and until you have an urge to know the matter at hand, you won’t be able to grasp anything told/taught to you.

Also Read: Is The Hippie Society Of India All About A Joint And Sutta?

For example, you are sitting in history class learning about the policies of the Quit India Movement. If you aren’t a ‘history geek’ all you want to do is sleep. Believe me, all of us have been there.

But if you think about the reasons our ancestors had for penning down those policies, before you know it you’re in the hunger to know more.

Step two is forming a hypothesis.

When a question comes to your mind, it is very important to think of a possible answer instead of resorting to searching it up on Google.

Yes, it is going to be hard to let go of the phrase – “Just Google it”.

It is the method originally used by Socrates. It has four sub-steps further which briefly include –

It calls for a revision of the previous steps and summarizes it.

It sounds hectic but once you put the method to practice, you will feel no less than Hercule Poirot.

Step four is associated with the third step of Elenchus which puts you to further examination of possibilities. 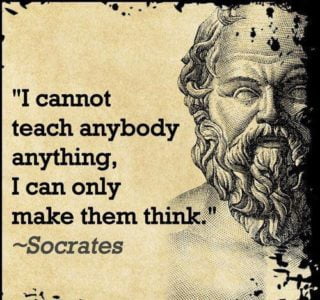 The final step is applying all that you have learned. If done so, no force can hold you back from being proved right in an argument.

In the case of a classroom, these steps would help you be involved in the teachings of class. Questioning the theory being discussed, putting forth different possibilities enhances clarity and makes you look like a genius.

Benefits Of Using The Socratic Method

This method will not only improve critical thinking but will also help instil the habit of problem-solving. You will no longer feel like giving up on a rather complex topic nor will you feel the urge to quit when an argument gets heated.

What do you think about the Socratic method now that you know how to use it? Let us know in the comments below.

Watch: Some Of The Freakiest Death Rituals From Around The World