Home Politics Here’s How You Can Check Whether Your Source Of News Is Legit... 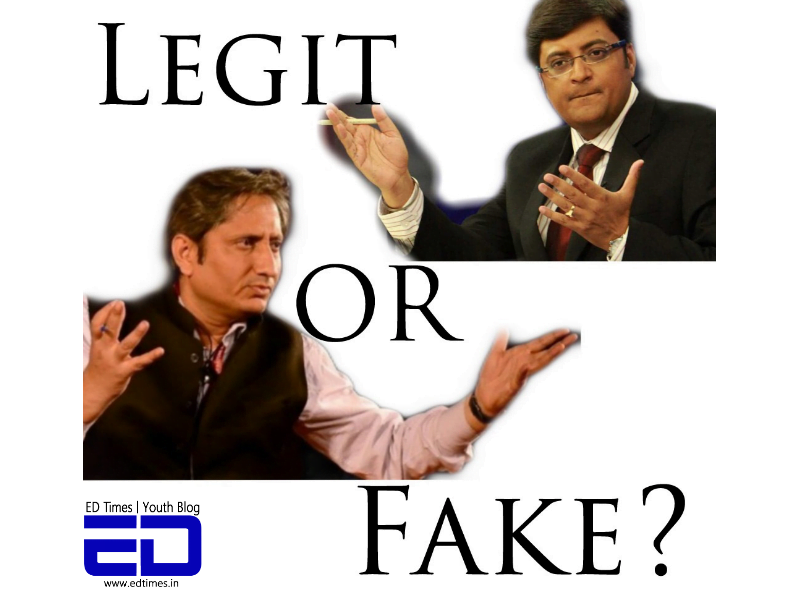 There have been doing rounds, a particular term called ‘fake news’, in our social media circle since past few years.  If you’d ask me, I’m tired of people claiming a legit news to be fake to avoid scrutiny and, a fake news to be legit to play the blame game.

While, there are now fake news buster programs launched by Alt News and Times Now,  there are proper ways to filter the kind of news that reach you.

How Trustworthy Are Your News Channels?

If you’d ask me, I’d say none of them are to be trusted blindly for accuracy and range, except a few.

When I use the term ‘accuracy’, I might be calling out news channels that have broadcasted fake news themselves or shown doctored videos in the garb of breaking news.

Or, news channels that might have covered an issue without going to the depth and without dealing with all aspects of the situations.

When I talk about ‘range’ of news, I am calling out every fricking news channel that presented a detailed “report” on CM Yogi Adityanath’s hair,  PM Narendra Modi’s wardrobe or even the details of his diet.

Switch on your TV to witness a daily report on growing communalism and a constant WWE match between a mullah and a sadhu.

If you plan on receiving real news,  do yourself a favour by switching channels the moment you witness a ‘Hindu vs Muslim’ discussion. Instead, visit a real Hindu or Muslim family in your neighborhood.

Plan on switching to a channel that factually does a full fledged report on the reality of education,  employment, or economic conditions of India.

If you’re a sucker for real news,  then check your favorite news channels and reporters as well. Make them your favourite the moment they don’t fit well in the ‘before vs after’ meme frame.

If your favorite reporter now gives you a detailed report on the accomplishment of the Government, go back in time and see how he talked about the ministers when they were not in power.

Run for your life if your reporter reports news the way you text your girlfriend- all praises and no complaints. We are talking about a nation where people don’t have a two-day meal to eat and a proper house to sleep. Everything cannot be right.

You and I have a power in democracy,  that people in a monarchy don’t have- the power of dissent. When you talk about the Government in KSA, they hang you to death. You and I can take 30 mins out to know the facts about our country before pressing a button on our EVMs.

Related: Indians Are More Prone To Believing Fake News Because We Are Emotional People

If you rely on YouTube or articles, check for proper sources in cases when the reports state facts. Every data and statistics are retrieved from a source that has to be mentioned at the bottom of the picture or article and in case of YouTube, in the description box of the video.

Even when proper sources are mentioned,  you can cross check on visiting those sources yourself. Believe, only when the sources report official data or reliable surveys.

Never,  I repeat,  NEVER, believe a message forwarded to you on WhatsApp specially when it comes in the form of text or even you’d go on believing Motilal Nehru was a Muslim and Nehru died because of AIDS.

Even when you receive a WhatsApp message, with a certain statistical claim, tag Alt News from your Twitter handle, and check whether the news is factual or not.

Democracy demands us to be educated and aware. In times, when media prefers reporting petty news over the crashing revenues of ONGC, it is time to take a step forward and demand for a better media.

I’d leave you, once again, by quoting Raj Kamal Jha,

“Good journalism is not dying; it is getting bigger and better.  It’s just bad journalism that’s making more noise than it used to make five years ago.”

In Pics: Five Incidents Of Breakthrough Investigative Journalism In India