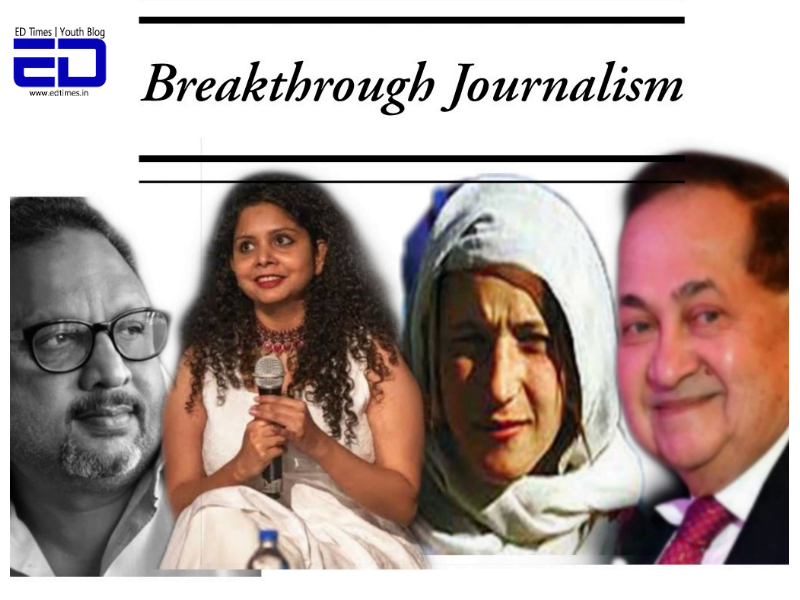 Journalism is known as the fourth pillar of Democracy for a reason that most journalists tend to forget.

In times when Journalism is doomed to count the number of hair on CM Yogi Adiyanath’s head and solve the mystery behind the caste of Hanumanji, it is now more necessary to remember what true journalism stands for.

Journalism in its true valour, has the courage to stand against the establishment and investigate facts concealed beneath the layer of artificially constructed truth.

Journalism bears on its shoulders, the responsibility of saving the democracy, for it questions the unquestionable.

In times, when India ranks 136 out of 138 countries in the rankings of World Free Press, it is now more necessary to revisit the past and recall incidents of breakthrough journalism in India.

Ashwin Sahai took the undercover of a doctor and revisited the market several times to gain the trust of the locals.

N. Ram often known for his investigative journalism has recently published ‘leaked’ Rafale documents, that led to the re-opening of the case in the Supreme Court.

Rana Ayyub received a citation of excellence Award at Global Shinning Light Awards, Johannesburg for ‘Gujarat Files’. She is ranked amongst the top ten global list of ‘Journalists Under Threat’ by Times Magazine.

If you have seen the Indian movie ‘No One killed Jessica’ then you might be aware of the fierce and powerful journalism of Harinder Bawega portrayed by Rani Mukherjee.

‘Operation West End’ was considered as the major reason why the then NDA government lost its next term in general elections.

If you have lost faith in Indian Journalism, I would take your leave by quoting Raj Kamal Jha,

“Good journalism is not dying; it is getting better and bigger. It’s just bad journalism makes lot more noise.. “