They say that a lie repeated several times sounds like the truth very soon. And sometimes, the false narrative bites you, which the common man doesn’t realize.

Although the Indian Army has been a largely apolitical and secular organization, they are affected by false narratives such as that of Kunan Poshpora rapes, burning villages, hoarding money, etc.

We also see that highlights like surgical strikes, airstrikes and other border disputes are very often used as political agendas during elections. The Indian Army works on the orders of the ruling government – which means politics will affect it in some way or the other.

How Does Politics Affect The Indian Army?

A few months ago, after the ban of several Chinese apps and clashes at the border, the Indian Army gave orders to all its serving personnel not to use social media apps – especially Facebook and Instagram.

But, lies are definitely circulating around on WhatsApp and Facebook which penetrate the strong honourable firewall of the army sometimes. Hence, we see soldiers posting videos speaking of ill-treatment in the forces.

Also Read: The Psyche Behind Giving One’s Life For The Country: How Army Men Do It

This is a comparatively new trend. Since FM Sam Manekshaw liberated Bangladesh, all the way to the Kargil war, the military has had the honour without any political involvement.

With the increasing use of social media, all regimental activities like Shastra Pooja, induction of aircrafts and ships are being politicised. And politicising the army is highly dangerous. 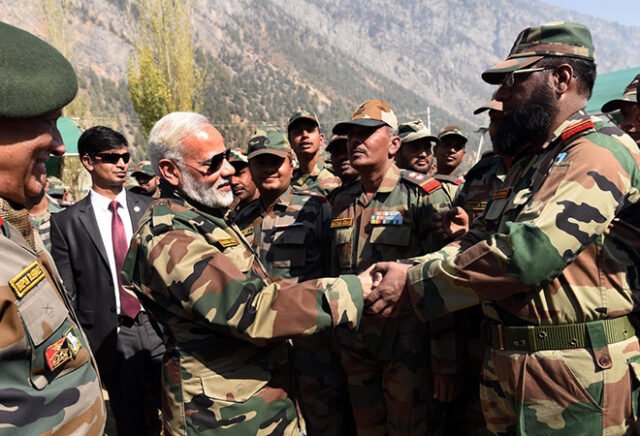 Why Is It So Dangerous?

In the military, there is something called the Sarva Dharma Sthal, which is a place for ranks and files to come together and pray as one. All religions are respected as one there. In fact, officers are trained to be apolitical and not bring any religious sentiments into their decision making.

In a very famous video, Brig. Shekhawat, a highly decorated Special Forces officer described how he was taught to remember that his religion and caste are that of the men he commands.

The biggest danger that the army faces is that it simply cannot be kept apolitical as a whole. An easy way to affect sentiments of a soldier is through religion and we know very well that religion and games for power in this country are almost the same now. 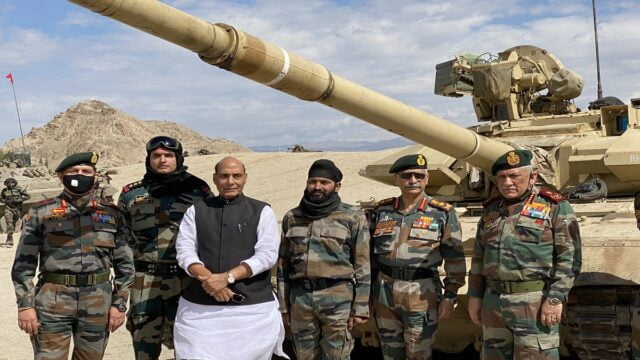 Nevertheless, I am a defence aspirant and a proud Indian, and if there is one thing I know about the Indian Army, it is that it is an honourable army, an army of values. I am faithful that it will emerge stronger than this game of politics and PR that our ministers resort to.