(Disclaimer: This article was originally published in August 2015. As a Flashback Friday (FBF), this interview is being republished.)

This Friendly Fridays we have with us an actor who for his debut movie got the opportunity to walk the Red Carpet at Cannes 2015.

Vicky Kaushal attained critical acclaim in Neeraj Ghaywan’s Masaan and has now become a household name after his brilliant performance in both critical commercial hits like Raazi, Uri, and more.

In this interview, he dictates his journey from being an engineering student to assisting Anurag Kashyap for Gangs of Wasseypur to finally debuting on Silver Screen with Masaan.

Vicky has been an active theatre artist working with groups of Manav Kaul and Naseeruddin Shah among others. Meanwhile, after Gangs of Wasseypur, Vicky also sat for a few auditions for both films and commercials.

He has done short roles in films like Luv Shuv Tey Chicken Khurana and Bombay Velvet besides a short film, Geek Out before getting his first break with Masaan.

Team ED: How did you feel after the huge success of Masaan, in one word? 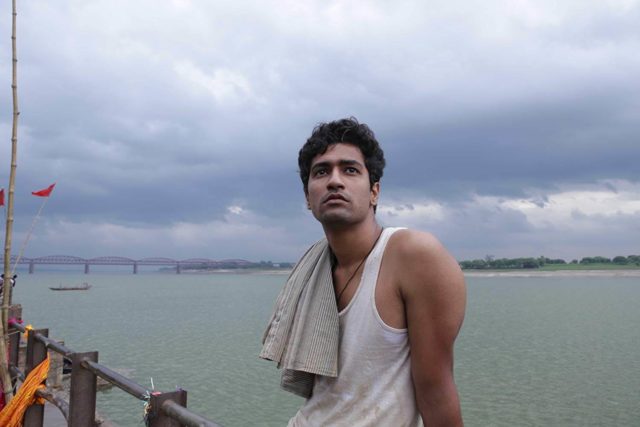 Team ED:  Three words that describe you the best.

Team ED: How have films influenced you as a person?

Vicky Kaushal: I’ve always been a movie buff. I never used to miss films on cable TV, back then in my childhood. I have a different emotional connect with the movies which leave a lasting impact on me as a person and affect me on how I behave.

Like after Lage Raho Munna Bhai I would roam around in Gandhigiri style for a few days. Movies like Lakshya keep me motivated a lot.

Team ED: Your film schedules tend to keep you busy, so are you a morning person or night person?

Vicky Kaushal: This is also driven by the influences the cinema had on me. After I watched Rocky, I got up at 4 AM in the morning, ate 5-6 raw eggs like the actor and ran for a few hours. What happened to me later is something that just I know. So my morning and night schedules keep changing.

Team ED: We do know that you absolutely love acting but what is the most stressful part about being an actor?

Vicky Kaushal: I have realised this recently that the most stressful part about being an actor is promoting a film. You do tend to enjoy it but it becomes exhaustive as one has to move cities each different day for hundreds of interviews and tonnes of camera shots.

Team ED: As a student, we heard that you dropped out of the campus placements. Is that true?

Vicky Kaushal: Yes. The more I used to go for industrial visits in college, the more I felt depressed and realised that I cannot do such 9-5 monotonous jobs. In my interview, they asked me why do I want to be an engineer.

I said, “Aam aadmi, badi buildings ko sirf dekh sakta hai, engineer unko banana jaanta hai.” I got the job even without answering any technical questions but I dropped it. Team ED: If not an actor, what would have you taken up as a career, apart from engineering of course?

Team ED: As a kid, did you ever visit the sets or met the stars with your father, Shri Sham Kaushal who was and continues to be one of the best Action Directors of the country?

Vicky Kaushal: Our family was never film oriented. I never visited the sets, screenings or parties. The first time I visited a set was in my 10th standard to meet Hrithik Roshan. I was told by Dad’s assistants that Hrithik just meets the kids who dance well on ‘Ek Pal Ka Jeena’. I practiced for 3 long days and later realised that they all were pulling my leg.

Team ED: How did you get your first break as an AD with Anurag Kashyap for Gangs of Wasseypur?

Vicky Kaushal: So after dropping out of placements, I started visiting the sets to know the what and how of the industry. I realised that Assistant Directors have a lot of work to do, they are connected with a lot of departments and they are responsible for a major chunk that happens on the set.

That is when I thought of becoming an AD before diving into mainstream cinema and post my engineering; I finally got a chance to assist Anurag Kashyap with GOW.

Team ED: How has working as an AD changed you as an actor?

Vicky Kaushal: Till today, I credit all my acting performances to my experience as an Assistant Director with Anurag Kashyap for 4 months.

It was a film school for me as it taught me a lot being a part of the film industry. You get a ground level experience on how people work and how films are made.

Team ED: Post working as an AD you went back to your routine with the theatre. So which one do you enjoy more – theatre or silver screen? And, why?

Vicky Kaushal: Theatre is a platform for each actor to practice, experiment and go through a training round where you be aware of your body and voice. It is where you get to perform in front of a live audience and get your report card at that very moment.

Films, on the other hand, attract me more because you are really close to the audience, so much so that even a blink of an eye and how to believe or breathe also makes a difference.

Audience can understand your thought process, which for me in really thrilling and exciting. But, I would love to stay connected to theatre because whenever I need to practice, that is the place to be.

Team ED: During all this while, did you try your hand at auditioning for various roles?

Vicky Kaushal: Along with theatre, I used to audition for the role of lead, parallel lead, second lead and even commercials. The audition culture gave you an on the spot script which had to be performed within 10 minutes and this as an exercise was really challenging for me. 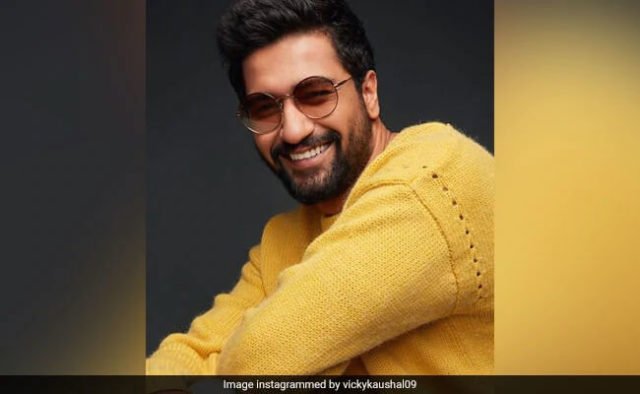 Team ED: Which is one role that you admire of an actor in this industry?

Vicky Kaushal: A lot of actors have various memorable roles to their credit that I admire.There are roles which I always look upto, like Amitabh Bachhan in Deewar, Dilip Sahab’s Ram aur Shyam, Aamir Khan’s Sarfarosh and Ghulam, roles by Shah Rukh Khan, Hrithik Roshan and all other actors for that matter. It’s just cinema that has inspired me!

Team ED: One thing that should be changed about the Bollywood industry?

Vicky Kaushal: I feel the change is coming because the audience is going more content oriented. But I think numbers should not be taken seriously.

Team ED: If you could own one thing, what would it be?

Vicky Kaushal: I want to own a cinema hall where I can run multiple shows of Masaan. Anybody can come and watch the show anytime.

Team ED: Tell me the first thing that comes to your mind when I say this:

High Point of Your Life: Masaan Team ED: Can you share one of the most awkward moments of your life?

Vicky Kaushal: It was in Benaras when we were screening Masaan and in the interval, a guy came up to me and asked, “Sir, film ke vo hero ka naam kya hai?” I said, “Vicky Kausal” and he heard and left. I was baffled by this and I am still confused. That was probably the most awkward moment.

Team ED: One secret that no one knows about you?

Vicky Kaushal: I don’t like to dress up at all.

Team ED: What is the craziest thing you’ve done?

Vicky Kaushal: Quite honestly I am not an adventurous person at all. I like playing safe. However, leaving my already set career options and a well paying job offer in the engineering field and starting afresh with movies was the craziest thing I believe for me.

Team ED: What is your favourite food?

Team ED: What would we find in the browsing history of Vicky Kaushal?

Vicky Kaushal: There would be stories of real life people, who may or may not be related to movies. Randomly, I like to know about journeys of people and also various historical places.

Team ED: What do you think about Friendly Fridays?

Vicky Kaushal: It’s a brilliant initiative. Mujhe both mazza aaya. Apart from the work-related questions, I was made to answer the ones which I had just read in the papers till date. Today, when I had to answer all these myself, I had to think a little but it was a lot of fun!

Team ED: Thank you for chatting with us Vicky! We wish you all the best for the future projects!