Shibani Bedi is a powerhouse of the online sphere. Her talented renditions of the typical “West Delhi Girl” have left all of us in splits. Recently, she starred in the bollywood blockbuster “Why Cheat India” (ED was its blog partner) and gave a fabulous performance.

We sat down with her one fine afternoon and asked her a ton of questions, everything from how she found the West Delhi girl inside her to how boost is the secret to her energy (well, maybe not the last one)

ED: Hi Shibani, ki haal? Let’s start with an easy one. What was your first ever Bollywood role?

Shibani: Does a Gujjar film count? So, I did this Gijjar film called “Tau Jhagdu”. I played a character called ‘Moti’. They’d told me the character’s name was ‘Chidiya’ but since I was fat, they kept my name as ‘Moti.

ED: Wow! We also heard that before films and online videos, you also had a brief stint in the Hindi TV serial industry. What was that like?

Shibani: Terrible, no one should do that without adult supervision. I was homesick, there was no money and a very binding contract. I was away from home and not very happy.

ED: Kudos to you for surviving that experience and making it all the way to the big leagues in Bollywood. How did you bag your role in Why Cheat India?

Shibani: Soumik Sen, the director of the film and I have been social media acquaintances for a while now. We’ve been following each other’s work and when my online videos started rolling out, he was always very generous with his compliments.

One day, he just called me up one day when I was on the toilet saying ‘So there is this role, can you come to Lucknow?” I was like whaaat?

Basically, he thought I would fit the role of Emraan’s wife in the movie and I gave the audition and I got the role.

ED: That’s some story! But how is Emraan as a co-star?

Shibani: I actually met him before Cheat Indian when I interviewed him for the company I was working for as a journalist. My first thought when I mt him was “He is really different from the kind of roles he does”. I found him to be really sophisticated, really stoic, really well-spoken.

That is exactly what I also felt on the sets of Cheat India. He was extremely encouraging, no starry tantrums, really accommodating.

ED: That’s what we felt as well when we interviewed him for the Cheat India promotions. (subtle plug: here is the interview). Did something interesting happen on the sets though?

Shibani: I wasn’t there for a long time. But one day we were supposed to shoot this wedding scene but it started raining really hard. The generators which were supposed to be backing up the unreliable electricity supply also stopped working, so everything had to be called off.

ED: Whatever the hindrance, the movie turned out to be great. So, since this is the beginning of your career in Bollywood, how do you think it treats outsiders?

Shibani: Not very warmly, I mean they have no reason to when they have their hands full of outsiders.

ED: Moving on to other things. How did you get the West Delhi Girl impression?

Shibani: See, I’ve lived in West Delhi for almost 17 years and I’ve picked up a lot of things. My character is based on multiple sources of influence.

ED: Hahaha, amazing! The last question gets a bit personal. Do you have any creepy fans?

Shibani: Yeah, totally! Some people guilt trip me about not answering their DMs if I even like their comment on my posts. I never said slide in my DMs, b*tch.

ED: Seems like you have a lot of super-fans. Thank you for chatting with us today, Shibani.

Shibani: Thank you, it was really fun!

Watch the video at: 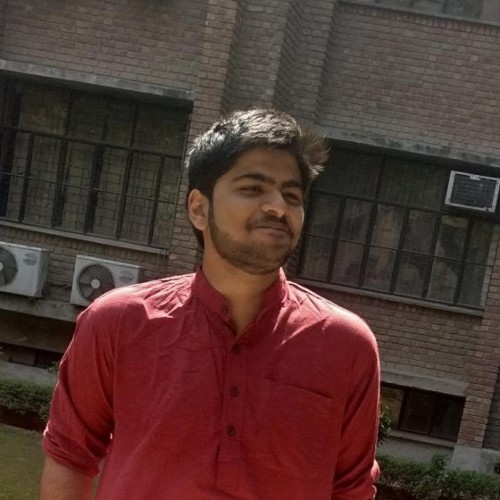