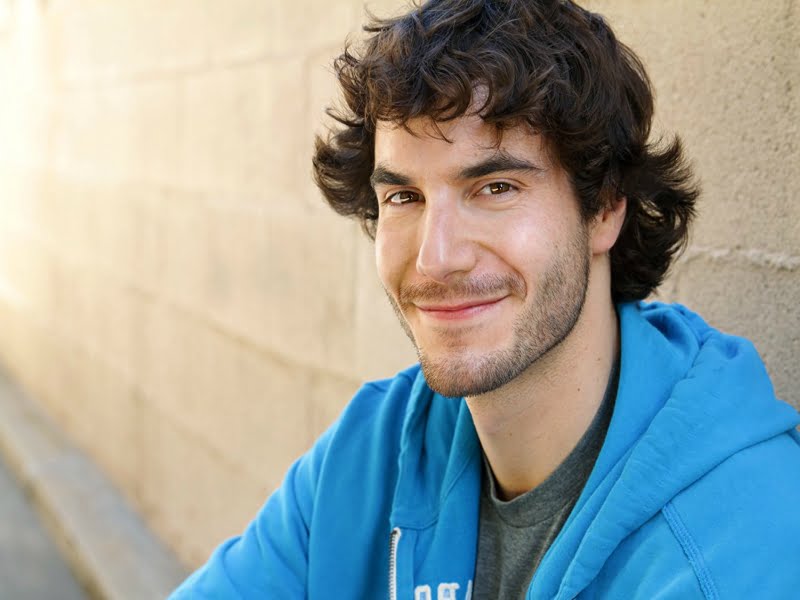 In the immortal words of Ryan O’Flanagan himself, “GET. OUT OF. MY ASS. BUT LEAVE THE LIGHTS ON.”, is what I said to my friends when Ryan agreed to do this interview with me.

The man who is well-known for his brilliant comic timing and gags as the “Overly Excited Tourist” in his videos, Ryan O’Flanagan has been a sensation on the internet and we got a chance to interview him.

So, without further ado, here’s presenting the totally uncut and unedited interview with Ryan O’Flanagan!

#1. What was your first ever act as a comedian, stand up and Internet both?

RF: I first did stand up when I was 18 in a casino in Providence, RI. I was terrible, but a bunch of my friends came and laughed, so I thought I was good. As far as internet stuff, the first thing I ever did that got any recognition was my sketch group Dead Kevin. We would put out a new sketch every week, and we got our first taste of minor success in LA.

#2. What were the obstacles you initially faced while making it big as an internet and real life celebrity?

RF: I am definitely not a celebrity, but I appreciate that. The biggest obstacle with these tourist videos is not letting it control my life or my career. I’ve been doing stand up and acting for several years, and done a lot of stuff that I’m proud of. These tourist videos have been around for a couple months, and they’ve blown up a little, so I’ve gotten recognition and fans from that. But I’m still trying to keep them separate from my other work – the work that I’m really trying to do long term. #3. Tell us more about your background, how you were as a kid while growing up and when you got the idea of becoming a comedian.

RF: I grew up in Massachusetts, and started making little comedy videos with my friends in high school. It was just an easy way to get credit for an assignment while also just messing around with friends. Making those videos is when I decided that I wanted to be an actor. I tried stand up in college, not knowing if that would stick or not, but it ended up becoming my long term goal along with acting. Now the two go hand in hand – my acting work has gotten me comedy shows, and my stand up has gotten me acting roles.

#4. Who came up with the idea of the “Overly Excited Tourist” videos and what was the concept used for them? Did you choose to follow a script or just go with the flow?

RF: I made the first one on Hollywood Boulevard, and just put it out on my Facebook page for my friends. It ended up getting way more views than I expected. I decided to reach out to Funny Or Die to see if they’d like to work together to put out more videos, and here we are. There’s never been a script for any of the videos.

RF: My favorite tourist video is probably Reno. The city has really taken me in as their adopted child since that video. I get to throw out a first pitch at a Reno Aces game next year. My favorite catchphrase would probably be all the variations on “Get out of my ass”!

Also Read: One Of India’s Best Rappers, Brodha V Features In An Exclusive Interview In Our Friendly Fridays Segment!

RF: I just try to be silly. The dumbness will always be a part of my act, because it’s a part of me in real life. I enjoy dumb humor. I enjoy lowering myself and talking about what an idiot I can be. I guess the overly excited tourist character is a very very exaggerated version of that.

#7. Who’s your inspiration in the world of comedy and in real life?

RF: I think my biggest comedic inspiration would be Norm Macdonald. I won’t compare myself to a legend like him, but I think we have similar styles. In real life, my inspiration is getting interviewed by websites like ED Times. You guys keep me going. Haha!

#8. We see what you did there, haha! Who’d be your favorite comic act(s), comedian(s) or certain trademark videos which you like?

RF: My favorites comics are Norm Macdonald, Louis CK, Brian Regan, and Sebastian Maniscalco. Those are my big four. But there’s a lot of up and coming comics that I think are going to blow up any day now: Christian Duguay, Langston Kernan, Byron Bowers.

#9. Your future plans in your profession?

RF: I’d like to keep hitting the road and doing stand up, and hopefully get more acting work as well. Whether it be comedic or not, acting work is the real goal. But I’ll always love doing stand up and sketch comedy as well.

#10. A message to your fans and the readers of ED Times.

RF: Check out “American Vandal” on Netflix September 15th! (Which I think might be the day this interview is released?) I play a really fun role in a few episodes. And thank you for all your support!

So there you have it, folks! That was Ryan O’Flanagan for you as he shared his journey to being a comic and now you know where to find him next!

We hope you liked this interview, folks! Make sure you share some feedback in the comments and let us know who you’d like us to interview next!

For Those Who Don’t Know: Ryan O’Flanagan is an American stand-up comedian, who has become an internet sensation for his trademark videos where plays an “Overly Excited Tourist” as he roams different cities and simultaneously goofs around with the people and places there. Do check out his videos on YouTube here.