Almost a hundred years ago, on 5th December 1921, the English Football Association (FA) decided to ban women from playing football on the pitches owned by their associated clubs.

The game ‘football’, as the men dominated game we know today, might have been different if not for this ban that changed the course of women’s participation and influence in the game.

Women were never new to this game, in fact, data evidence has shown that women have played football since its very inception.

A similar game called ‘cuju’ was played by women in 25-220 CE during the Han Dynasty in China. The earliest proof and data proving women’s participation in the game even goes back to 5000 BCE. 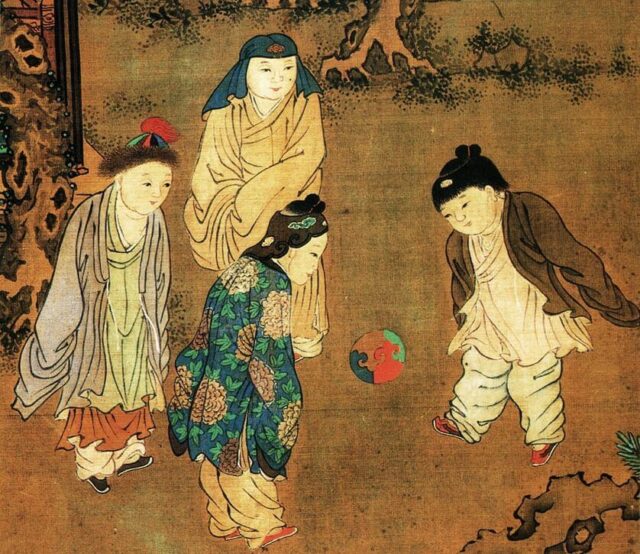 When in 1863, the standard rules of football were updated to prohibit violence on the pitch, it finally made the game more ‘socially acceptable’ for women to play officially at that time. Even though they used to play the game before that, it was only as a leisure activity.

The first recorded women’s football match took place in London, England in March 1895. Before that, the Scottish Football Association held its first recorded match in Glasgow in 1892. According to reports, annual matches were played in Scotland during the late 1700s also. 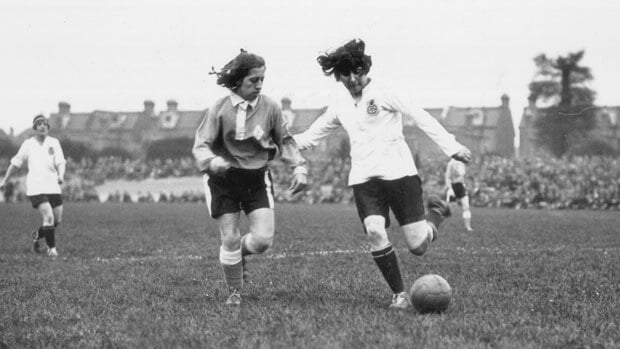 During the first World War, when men were deployed to fight wars, women had to take over the factories and manage home and work in order to sustain the country and themselves.

During the factory work hours, they decided to play football in their lunch breaks.

But soon, this minor distraction from the dooms of the war and fun escape from the monotonous day jobs became a serious game that led to the formation of multiple teams and organizations of tournaments.

Team names were formed on the basis of the factories they worked in and by the 1920s there were 150 teams of women who worked in factories.

The best team and the most popular one, in 1894, was founded by an activist who was known by her alias, Nettie Honeyball.

The team was known as the British Ladies’ Football Club. It was the members of this team that inspired other women and opened doors for more female participation. 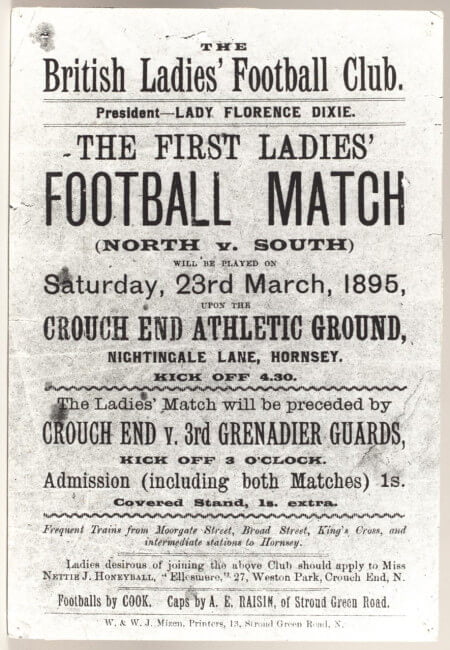 Women who played football were always frowned upon by society, especially men. The members of British football associations did not like women’s participation and never supported them. According to them, the game was very ‘masculine’ and women were not supposed to indulge in it.

However, despite the barriers, women managed to grow their skills and create opportunities for themselves.

Initially, these games were organized for charity, to help out people during the war but soon the games were attended by the audience not only out of philanthropic intentions but in order to watch women play with sheer dedication, skills, and technique.

People started developing a general interest in the game, in a nutshell.

In the 1920s, women’s football reached its peak popularity. Each of their games used to attract more than 50,000 viewers.

With approximately 150 teams playing across England, football as a game was ruled by women.

On boxing day, the team ‘Dick, Kerr’s Ladies FC’ generated a crowd of fifty-three thousand people in the stadium and thousands waiting outside. 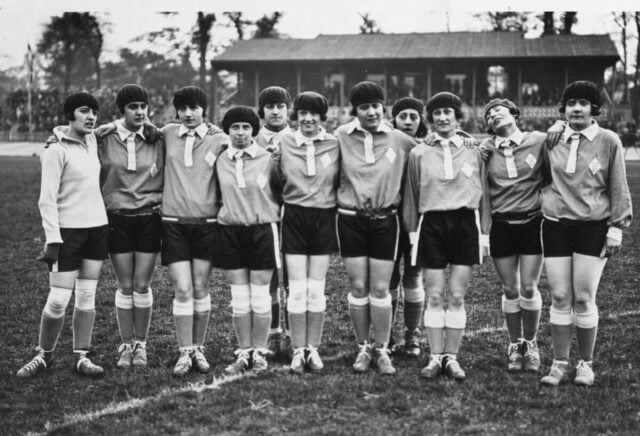 Women were finally gaining appreciation and recognition for their skills and hard work.

Also Read: Why Women’s Sports Will Never Be As Popular As Men’s Sports

Women who worked their way up to create a space for themselves in football were crushed when in 1921, the Football Association decided to put a ban on women’s participation in football.

Despite being more popular than men’s football, the authorities decided that the game was “quite unsuitable for females and ought not to be encouraged.“

In fact, women’s popularity was seen as a threat to the men’s matches, when Dick, Kerr’s players attracted a wide crowd, the Football Association lost it.

Envious of the attention women’s football was gaining and annoyed because of their conservative beliefs, they decided to reserve the resources needed to play the game professionally, for men.

They Did Not Give Up

Despite the ban, women were still eager to play and they refused to stop just because the grounds were taken away from them. Those who still played formed ‘The English Ladies Football Association’ and moved to rugby grounds for practice and matches.

This ban was maintained for fifty years. Those fifty years were enough to ruin women’s influence in the game at a greater level.

Women’s football was organized nationally and internationally after the ban was lifted, but they weren’t as popular as the men. The ban had halted their growth for five decades, the damage seemed irreversible.

Women continued to play, creating a space for themselves all over again.

The first-ever Women’s World Cup (originally called the FIFA Women’s World Championship) was held in 1991 in China and, in 1993, women’s football was brought under the Football Association umbrella.

It was in 1997 when the FA took a complete u-turn and announced plans to grow women’s football to the elite level.

In 2002, Lily Parr from Dick, Kerr’s Ladies FC finally gained official recognition when she was inducted into the National Football Museum Hall of Fame, where she was honoured with a statue. 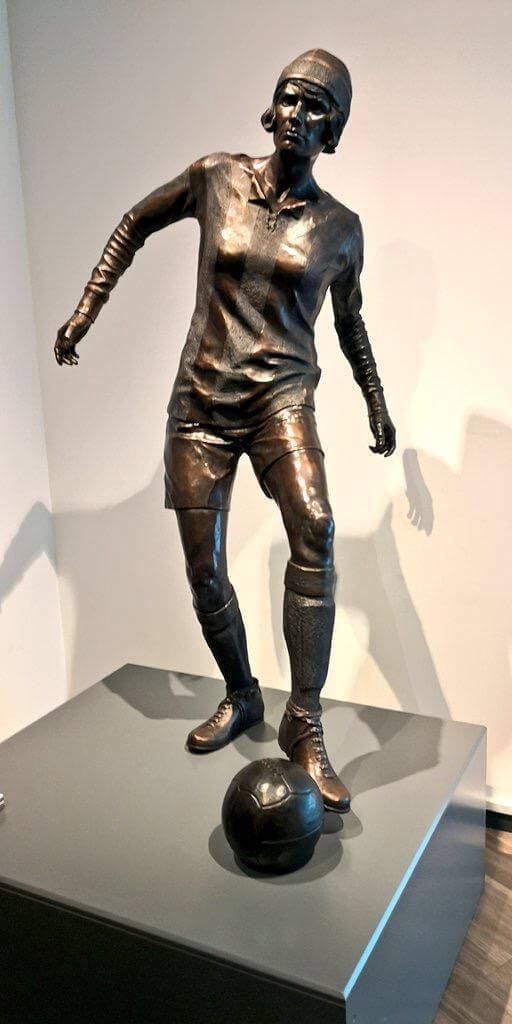 Then in 2012, during the London Olympics when GB’s female team reached the quarter-finals, women’s football rose in popularity once again.

The popularity has been fleeting but time and again women have proved themselves, like in the 2019 World Cup.

But this historical fact shines the light on the much-discussed and debated topic, the gender roles, and stereotypes in sports.

Women have always faced resistance and a sometimes outward hindrance in following the same course as men, who get easy access to fame, wealth, and resources in these sports.

We still have a long way to go when it comes to the representation of women in sports but hopefully now, a hundred years later, they won’t be stopped by the authorities themselves.