A recent tweet made by a Pakistani diplomat has given rise to the question, can a relatively new country claim historical items and things as being ancient to that country even though it is a part of another country’s history?

This discourse actually started with a tweet made by Pakistan’s Ambassador to Vietnam Qamar Abbas Khokar.

On 13th December, he tweeted out an ‘aerial, reconstructed view’ of the Takshashila or Taxila University, considered to be one of the oldest and first major universities of the world.

In the tweet though, he wrote that that the university existed in ancient Pakistan some 2,700 years ago.

As per the tweet he wrote, “An aerial, reconstructed view of Taxila (Takshashila) University, which existed in ancient #Pakistan Flag of Pakistan 2700 years ago near today’s #Islamabad. Over 10,500 students from 16 countries studied 64 different disciplines of higher studies taught by scholars like Panini.” 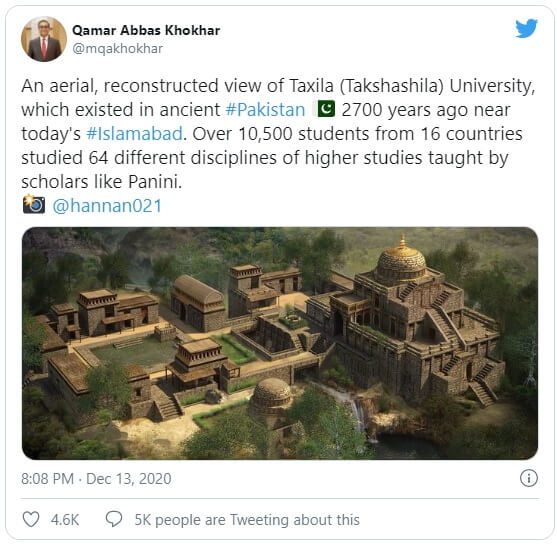 Now, in many credible reports and sources, the Takshashila University is said to be a part of ancient India.

The first known mention of this university is from Valmiki Ramayana. As per sources, it is said that Bharata, the younger brother of King Ramachandra of Ayodhya won the country of Gandhara or Gandharvo.

Eventually, his two sons Taksha and Pushkal were appointed as its rulers and both set up the capitals called Taxila and Pushkaravati respectively.

Some famous students of this university are said to be Charaka who is called the Indian ‘father of medicine’ along with Panini, the great 5th century BCE Indian grammarian, Kautilya or Chanakya and founder of the Mauryan Empire, Chandragupta Maurya.

Read More: ED Voxpop: We Asked Millennials If They Will Take The COVID-19 Vaccine Shot

It did not take people long to catch on to this tweet and either joke about it or call out the historical inaccuracy of it.

To the point that ‘Ancient Pakistan’ even started to trend on Twitter with over 9,000 tweets to it. 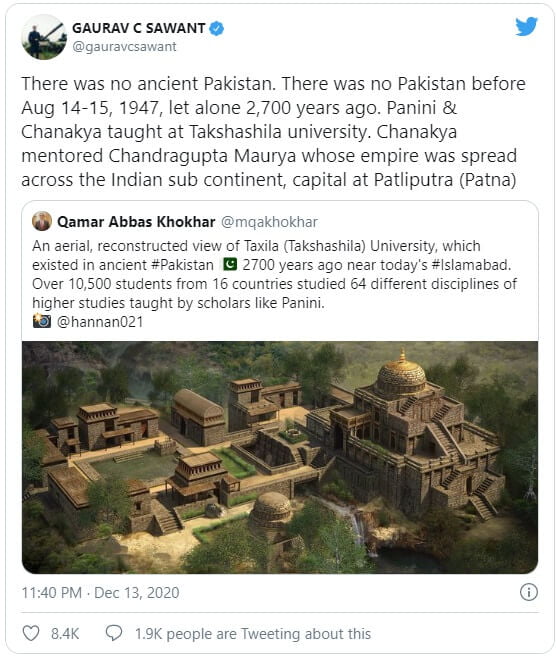 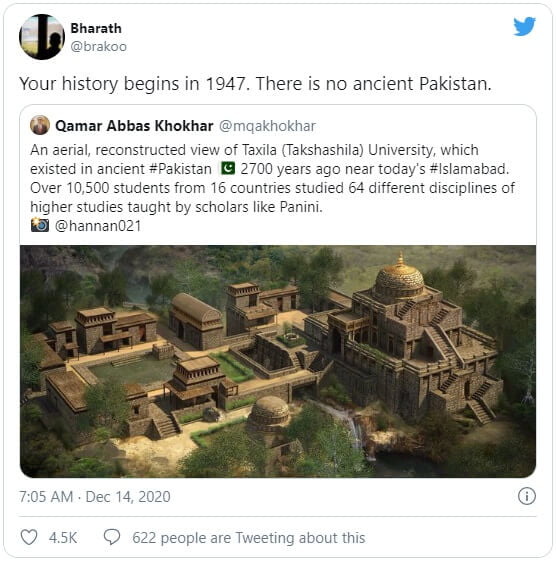 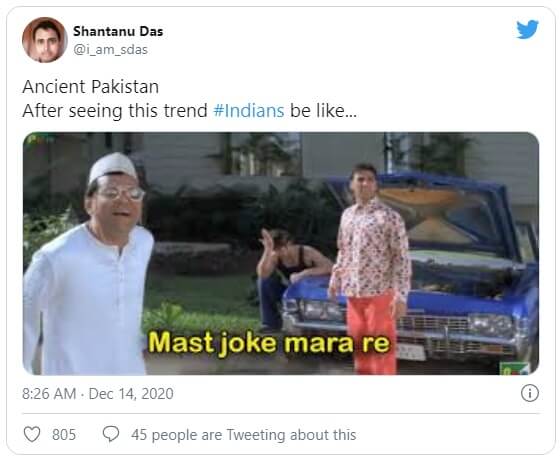 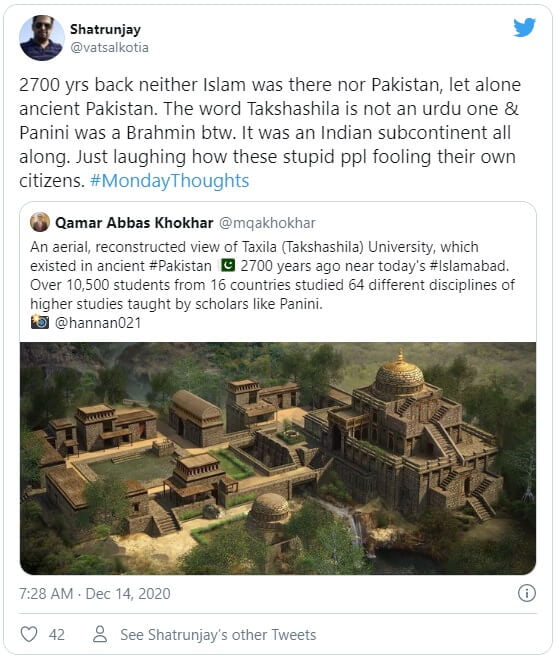 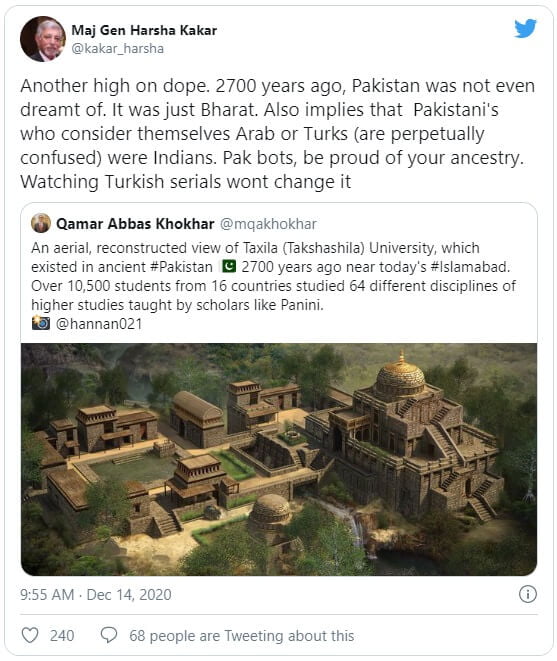 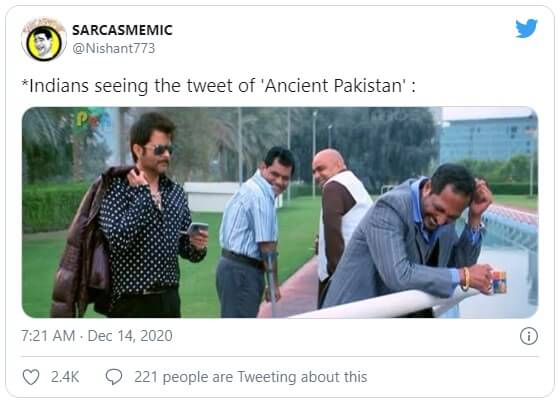 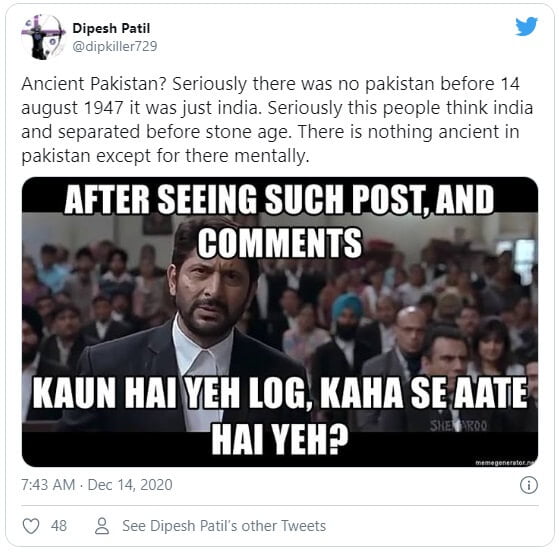 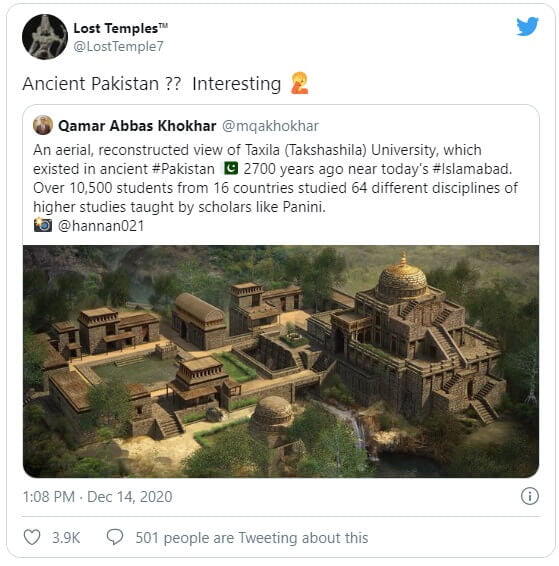 One has to wonder about this concept of ‘ancient Pakistan’ and how valid is it really. What all would constitute as part of ‘ancient’ for Pakistan when the country itself came into existence some 70 years ago only.

Would things that are geographically located there be considered a part of ancient Pakistan, even if as per ancient times they were a part of another country out which eventually Pakistan was carved out of?

Swadesi Girls Are Living The Brown Princess Fairytale On Instagram