Disney Pixar’s ‘Inside Out’: The ED Review

Childhood is worth reminiscing over. We all have been through that phase when lives were simpler than they are now, when our happiness revolved only around the people that mattered, our parents and friends. And that was the simplicity of early life on Earth. However, as memorable and exciting childhood once was, it is even harder to let it all go. And that is one truth we cannot forsake, the reality of growing older and probably, wiser. And that is exactly what Disney Pixar’s first feature in the last two years, ‘Inside Out’ is all about. A truly insightful, hilarious and poignant meditation of a film. And to think, it all happens inside a little girl’s head.

The little girl is Riley, whose picture-perfect world is turned topsy-turvy when her family relocates to San Francisco from Minnesota (The ice-hockey state, as we’re told repeatedly). Understandably, adjustment issues arise as a new home, a new school and a new pizza place fail to excite her. However, all this while the real struggle goes on behind the curtains of her eyelids, inside her head in the Enterprise-like Mission Control Headquarters where emotions of Joy, Sadness, Anger, Fear and Disgust work together, and even quarrel occasionally to give shape to her personality by taking care of her core memories.

WOOS: After a string of underwhelming outings (Monsters University) and unnecessary sequels (Cars 2) over the past few years, it would seem that Disney Pixar, one of the most consistently ingenious production companies has finally found lost form. The best thing about Inside Out is the creativity and originality involved in the project, at par with Pixar’s Wall-E. To literally visualize a person’s mind is an impossible task, but by making the anthropomorphized emotions the subject of the film, the producers have done it with aplomb. It is gorgeously realized and done complete justice to by the amazing voice cast which includes Amy Poehler, Bill Hader and Mindy Kaling.

Inside Out is also surprisingly poignant and emotionally resonant, its message perceptive and profound. The film may be about the childhood one may never see again, but it is also equally about how Joy, Sadness and every other human emotion is not just healthy, but necessary, their importance as significant as the next or preceding emotion. It is in that small sense, an accompany piece to Boyhood.

It’s pretty funny and amusing too, even flat-out hilarious sometimes. Watch out for the scene when Joy and Sadness find themselves in a Dream-studio. It will have you in splits, and so will a delightful scene across a dinner table.

MEHS: As gorgeous as Inside out looks however, I was left slightly underwhelmed by the animation work here. True, the scope of Inside Out’s ambition, originality and ingenuity was always a tall mountain to climb but, it did still leave a lot to be desired. In purely visual sense, I would honestly prefer a Wreck-It Ralph over Inside Out. And this is an issue more noticeable when viewed in 3-D. The 3-D honestly said, was unnecessary.

VERDICT (*Drumroll please*): Disney Pixar finds its form after underwhelming production ventures with ‘Inside Out,’ a truly inventive, funny, and emotionally resonant feature. It is undoubtedly, the best film to come out of the Pixar stables after Toy Story 3. Go watch ‘Inside Out’ as soon as you possibly can. And take your parents too, because it is that rare film that will work equally with kids and their parents. But hey, if anyone can, it is Disney Pixar. 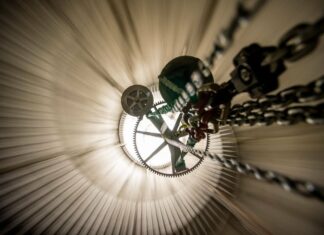