Disha Patani, on 5th October 2018, on the auspicious festival of Dhanteras, posted a picture on her Instagram account wishing everyone a happy Diwali.

Now, for all intents and purposes, there shouldn’t really have been anything unusual about it, except Disha while wearing traditional Indian lehenga, decided to forego the blouse and just wore a Calvin Klein sports-bra.

Even that could have been passed over, had it not been for an over-eager Filmfare who wanted to post it on their Instagram without wasting any time.

What resulted was a change of mind, accusations of photoshop and incessant bashing of Filmfare for trying to sexualize Disha Patani.

What Disha Patani Did?

Disha Patani posted an image of herself in traditional Indian wear, but instead of a typical blouse, replaced it with the Calvin Klein sports-bra.

But then it seems that Disha had a change of mind and decided to delete the original image, edit it, make it a bit modest and re-upload it. 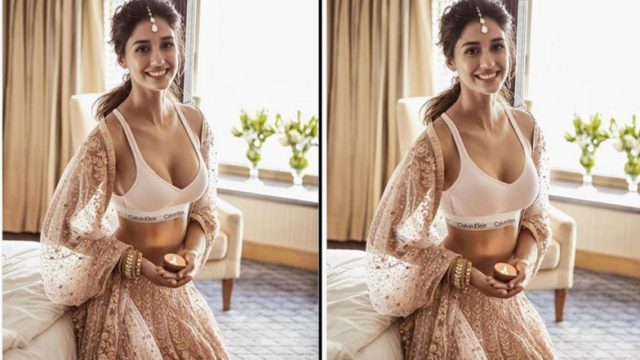 Filmfare, an Indian magazine that reports and talks about the going-ons in Bollywood industry, often uploads posts and images of different Bollywood celebrities on their Instagram page to keep their readers updated on what is going on in the Tinseltown.

They did the same here and uploaded Disha’s image from her Instagram with the caption, “Hot damn”.

The mistake that happened here was that in the meantime, Disha had already deleted, edited and uploaded the new and slightly modest looking image.

It seems that a lot of people took offence to Filmfare for trying to sexualise and objectify Disha by alleging them of editing and photoshopping her image to make her top be more revealing.

Filmfare was called sexist and other names by netizens and fans of Disha alike for trying to edit her picture so that her chest was revealing more than the original poster’s image.

Leave it to @filmfare to fake a woman's boobs digitally to sell itself . Very progressive. Was @dishapatani aware? 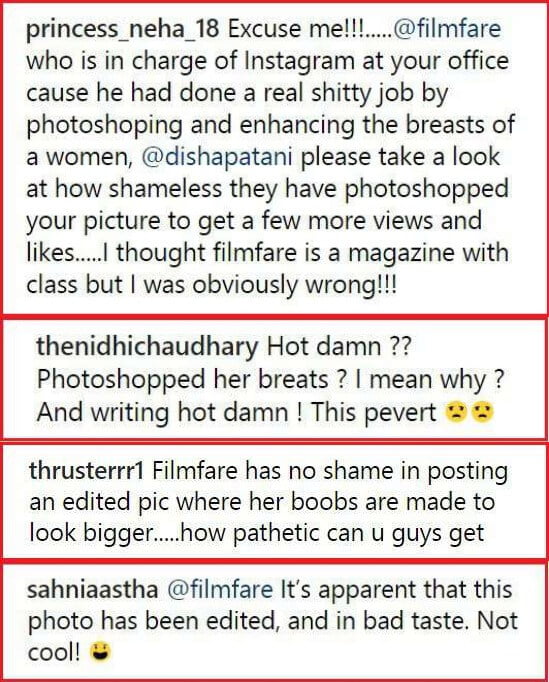 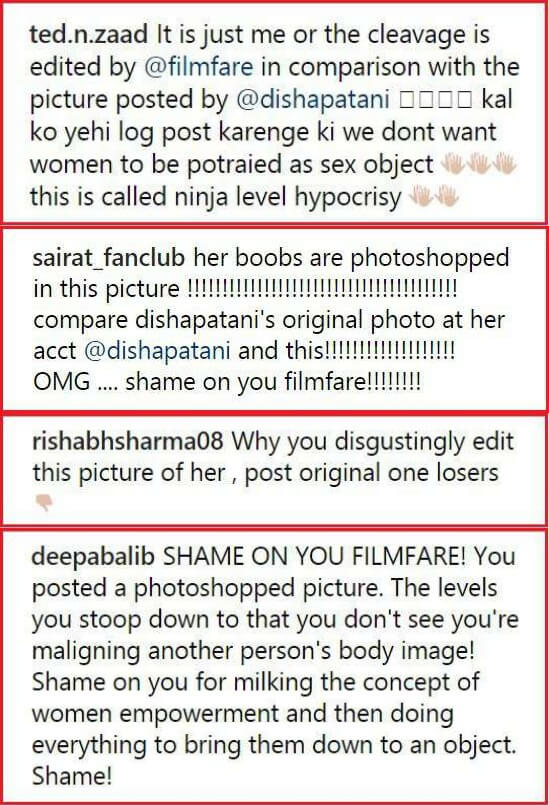 Truly classy of .@filmfare for having photoshopped Disha Patani's breasts to make them appear bigger than they actually are. How sick were you to have your editors work on this assignment? How cheap? And we wonder why young girls constantly feel bad about their own bodies. Shame. pic.twitter.com/Ai50vi4pfV

Read More: Who Are These People With Such Indecent Tweets On Malaika And Arjun Kapoor’s Marriage News?

Being Indian Came Out With The Truth

It seems that the mistake was caught by someone because soon enough, various publications started to upload the real incident that happened.

The first it seems was Being Indian, who took down their original piece bashing Filmfare and apologised for posting something that was not true. They even confirmed with the team at Filmfare who denied having photoshopped or edited the image in any way.

After that, it was slowly revealed that the image posted was not photoshopped or tampered by Filmfare at all and it was instead the original picture that Disha posted.

But then she took down that one and re-uploaded an edited image where she had edited the sports bra to look less revealing and that is how the entire fiasco happened.

Disha Was Also Trolled For The Image

While there were some people who found nothing wrong with Disha’s attire in the image, it was only a matter of time before the trolls found it and had a field day with it.

Comments like, “Who observes Diwali by wearing such clothes?”, “What kind of nonsense is this. At least don’t wear such clothes in Diwali,” and “Don’t advertise your bra at least in Diwali,” were seen on her post.

A lot of people were angry over her trying to disrupt the religious festival and going against religious sentiments and Indian mentality by wearing such “vulgar clothes”.

Some of the comments on her Instagram picture were: 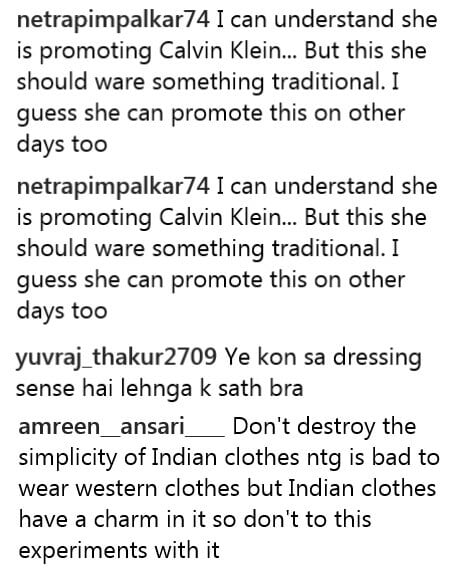 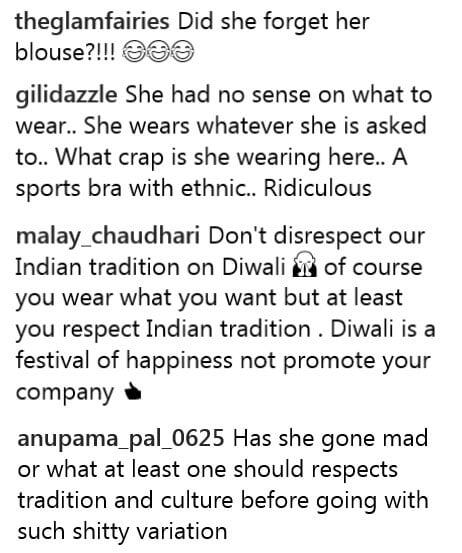 Eventually, after almost 7,000 such comments, Disha decided to disable comments on her post which would not allow anyone to post further responses to her image.

Women’s Fashion: Here Have A Look At The Most Impractical and Uncomfortable Ones