“…And the award for “Most Inspiring Indian Actor” goes to Sanjay Kapoor  for his exceptional performance in various Hindi films and web series..”

Surprisingly so, a similar kind of roar was heard at the House of Common Parliament of the United Kingdom on 28th September, 2019. 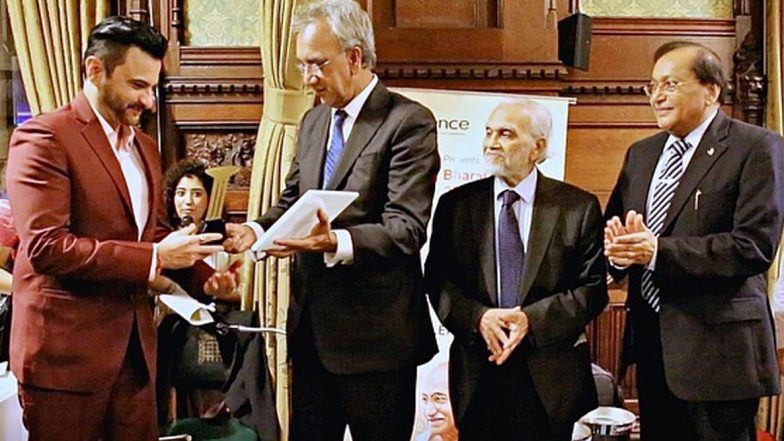 Seen in 1990s blockbuster hits like “Raja”; “Auzaar”; “Mohabbat” he was last spotted in the Indian rom-com The Zoya Factor.

While, Sanjay Kapoor feels humbled to have received such an honor and mentions in his speech that-

“Every actor feels great while getting an award and when you receive awards after 25 years of being around, it’s reassuring that people still love you and like your work. It particularly recognizes my work in the last two years, starting from ‘Dil Sambhal Ja Zara’, to the web series and my recent Bollywood release Mission Mangal. I’ve always believed that sometimes, a 30-minute short film can do wonders to your career. The kind of platform the series gave me was heartwarming.”

Indian millennials seemed confused about his “25 years of being around” and his “inspiring” contribution towards the industry.

As a reaction, Twitter was flooded with hilarious tweets trolling our newbie awardee.

Also Read: Body Shame This Bengali Actress At Your Own Risk, Trollers

While the Kapoor family was busy celebrating the fame, #SanjayKapoor was trending on Twitter and witnessed netizens hilariously mocking the formerly mentioned actor.

Most of the internet users were seen criticizing the act and declaring it as a PR stunt whereas others made sure to have a good laugh at it.

How can we have left our dear Rahul Gandhi out of the whole fiasco when some serious trolling was taking place?

Contribution of Sanjay Kapoor to Bollywood is same as that Rahul Gandhi to Politics! ;)

Whereas, we saw some famous ‘Modi-ji reactions’ on the issue as well!

Pic1: The value of award received by Sanjay Kapoor

This one took it to the next level, by sarcastically highlighting our negligence towards such an important event!!

— proud to be followed by Piyush Goyal (@BakchodSamurai) September 30, 2019

Pointing towards a serious issue in a comic way, we saw a tinge of nepotism being targeted as well.

Whatever be the reason for his win, such news has all of us surprised (and confused?!).

But as long as we can as we presume that Sanjay is enjoying all the attention, we wish him luck and hope he proves himself to be worthy of this honor in the coming future.

“Once I Had Sex In Central Park And Was Chased By A Police Helicopter”: Jim Sarbh Is Unreserved In ED’s Friendly Fridays