At the UN Summit, Greta charged world leaders and politicians of being indifferent towards climate change, releasing the anger felt by millions of her peers by asking: “How dare you?”

Even though her speech was brave and powerful, it received mixed reactions.

Some found her speech to be an inspiring wake-up call, while others thought that Thunberg was exaggerating the issue.

Now, Mr. Putin Has Also Given His Two Cents On Thunberg’s Speech

“I may disappoint you but I don’t share the common excitement about the speech by Greta Thunberg,” Putin said.

Mr. Putin called her a “kind and sincere girl” but asserted, “It’s deplorable when someone is using children and teenagers in their interests.” 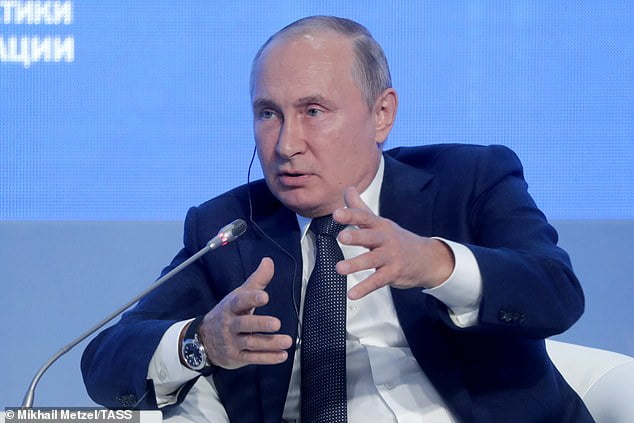 He added, “No one has explained to Greta that the modern world is complex and different and … people in Africa or in many Asian countries want to live at the same wealth level as in Sweden.”

“Go and explain to developing countries why they should continue living in poverty and not be like Sweden.”

Does He Have A Point?

Climate change is one of the greatest challenges facing humanity today.

But, fossil fuels are still the most inexpensive and the most dependable energy resources available. When a developing country wants to construct a practical economic system and end widespread poverty, it relies on fossil fuels.

India, for example, is home to one-third of the world’s 1.2 billion citizens living in poverty. That is 400 million people living without enough food or shelter in just one country.

Developing countries, like India, are usually the most affected by climate change and the least able to afford its repercussions.

Thus, unless something seriously changes, developing countries in Africa and Asia cannot fight climate change and provide for their citizens at the same time.

In fact, a 2018 report by United Nations Climate Change suggested that climate change is driving debt for developing countries.

“The study finds that borrowing for climate finance becomes more expensive over time if action is not taken quickly because the increased risk of investments from climate vulnerability causes debt repayments to increase over time.”

While developing countries may not be able to switch to renewable sources of energy at once, they should still fight climate change in their own right.

According to the World Health Organization, by the year 2030 “climate change is expected to contribute to approximately 250,000 additional deaths per year, from malnutrition, malaria, diarrhea and heat stress.” 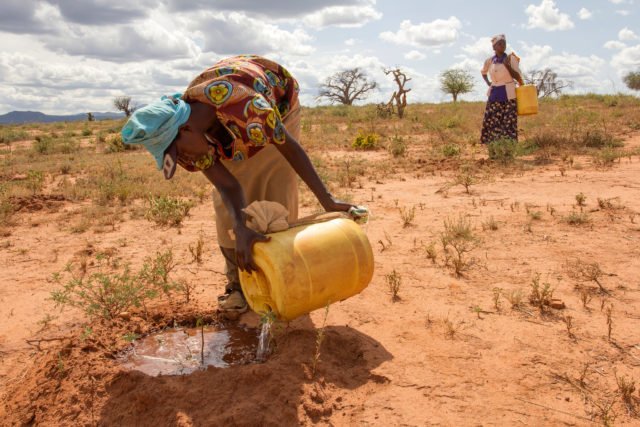 In developing countries like India, women and girls are excessively impacted by the negative effects of climate change.

Gender inequalities and gaps in development surge the effects of climate change for women, especially for those that rely on natural resources for their livelihoods.

If developing countries want to one day finally be “developed”, then they have to make sure that people from all genders are growing and contributing to the economy.

In fact, actions taken to fight environment deterioration and climate change are most effective when women and girls play an active role.

As she did after Mr. Trump mocked her speech last month, the 16-year-old activist has responded by changing her Twitter bio to mock Putin’s glib remarks. 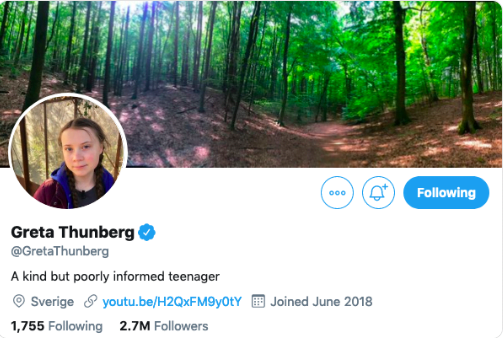 There’s no denying that Thunberg, who has now been nominated for a Nobel Prize for her years of work raising awareness about the impacts of climate change, has become an inspirational figure for fellow teens, like me.

Kids Suing Governments Is a Global Trend: Are the Indian Children Doing Anything About It?