Global crude oil prices have fallen by nearly 10% in the past couple of months with the outbreak of the pandemic.

Yet India witnessed rising petrol and diesel prices. By January 2021, Delhi saw petrol prices at Rs 84.2 per litre. This comes at a time when global crude oil prices have plummeted.

How Are Oil Prices Decided?

Oil prices are decided by a range of factors including deliberations done by the Organization of Petroleum Exporting Countries (OPEC) which is a group of 13 countries that together make up for nearly 80% of the world’s oil reserves and contribute to nearly 45% of the global oil production. So it’s safe to say they have a lot of power over oil prices. 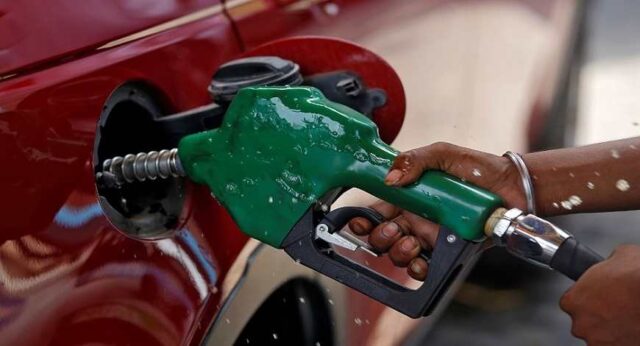 OPEC’s mission is “to coordinate and unify the petroleum policies of its Member Countries and ensure the stabilization of oil markets in order to secure an efficient, economic and regular supply of petroleum to consumers, a steady income to producers and a fair return on capital for those investing in the petroleum industry.”

In addition to OPEC, oil prices are also influenced by oil-producing states like Russia and private companies.

And Then Came The Pandemic…

Trouble began when Russia, which is not a member of OPEC, began a price war in March 2020 with Saudi Arabia, which essentially leads the OPEC.

Add to this the fact that the pandemic had put the world at a standstill by that point. With no planes in the air, no cars on the road, the oil demand collapsed as the planet went into lockdown.

Also Read: Meet The Hyderabad Based Engineer Who Creates Petrol From Plastics

A classic case of low demand and high supply resulted in the fall in crude oil prices. Even as oil-exporting countries tried to correct course by reducing production, the pandemic ensured that the oil industry was ravaged.

Storage capacity was quickly decreasing, with even the ships used to transport oil being used as storage units.

In fact, in April 2020, the price of West Texas Intermediate (WTI), crude oil from the US, fell below zero! 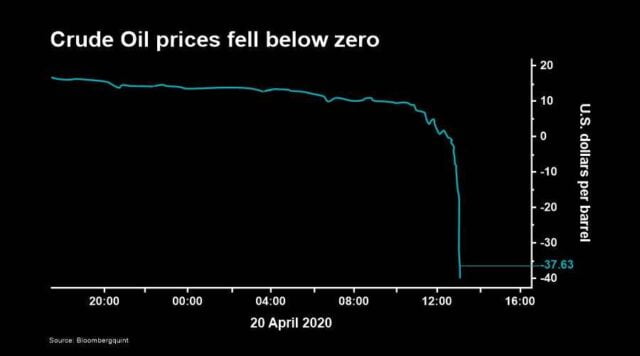 Crude oil prices all around the world went down.

Yet Fuel Prices In India Keep On Rising – Taxes To Blame

A quick look at the newspaper over the past few months or even past few years would tell you that India is witnessing record high petrol and diesel prices.

India imports nearly 82% of its oil, in fact, by 2018, India became the third-largest importer of oil in the world. So, you’d think that if global oil prices are so low, consumers in India can rejoice.

Alas, high taxes imposed by the central and state governments won’t let Indian consumers off the hook so easily. 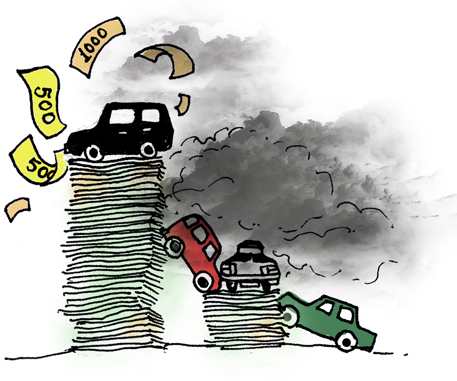 Since the lockdown put a chokehold on economic activity, revenue raised by the government was bound to fall. With not many ways to earn revenue and a worryingly increasing fiscal deficit, the government turned to increase taxes on petrol and diesel.

India is now one of the highest fuel-taxed countries at nearly 70%.

In December 2020, when one litre of petrol was priced at Rs 83.71, the base price of the oil was just Rs 26.34 per litre. The rest of the price can be attributed to taxes and dealer’s commission.

Increased excise duties, hiked VAT rate, road and infrastructure cess have all added up to strain the pockets of those looking to buy petrol and diesel in India.

“The revenue generated from these duties shall be used for infrastructure and other developmental items of expenditure,” said a government official.

India’s fiscal deficit has shot through the roof in the past year, so, to earn revenue, the government will have to hike fuel prices the brunt of which will have to be paid by the citizens. Hopefully, widespread vaccinations and a gradual return to normalcy will bring the prices down.

India’s Fiscal Deficit Goes Beyond 135% Of Target Budget; What Does It Mean?