The imminent Russian invasion of Ukraine is palpable sharply amongst the public. Aerial bombings and devastation of Ukraine terrain are possible at any moment. What are Russia’s intentions?

What Is Happening In Ukraine? 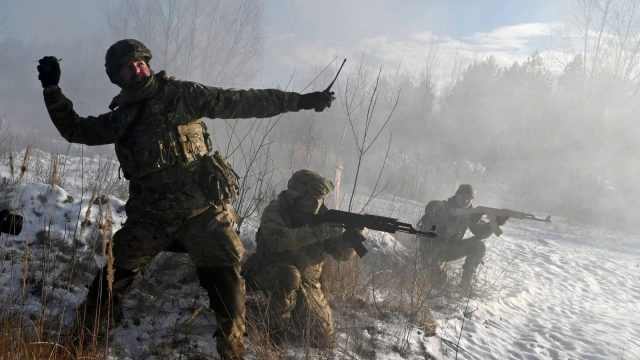 There is currently a buildup of 100,000 Russian soldiers with military tanks around the Ukraine borders. Besides Crimea, according to reports, 30,000 more troops are being deployed in Belarus. The Russian authorities are denying any form of invasion. Can it be a false-flag operation?

As tensions are escalating, Ukraine has requested a meeting in the next forty-eight hours to know transparently about Russia’s plans via Organisation for Security and Cooperation in Europe (OSCE).

The Foreign Minister Dmytro Kuleba said, “If Russia is serious when it talks about the indivisibility of security in the OSCE space, it must fulfil its commitment to military transparency in order to de-escalate tensions and enhance security for all.”

President Biden has stated about giving direct US support to Ukraine. He was in conversation with Russian president Vladamir Putin about the withdrawal of troops. His national security advisor Jake Sullivan has commented that there will be a full-scale Russian invasion of Ukraine.

There are also opinions that unnecessary panic is generated. Ukraine senior Foreign policy official Yuri Ushakov called the US warnings as “hysteria has reached its peak”. Ukraine President Volodymyr Zelensky is glad by the support of the US but has still opposed the west from creating panic.

But the threat can come true, as, in 2014, Russia had invaded Ukraine to annex the Crimea peninsula. Many countries have warned their citizens to shift from Ukraine immediately as a war can reside.

History Of Conflict Between Russia And Ukraine 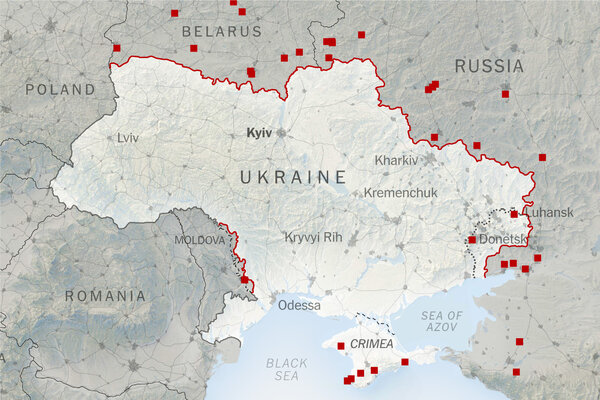 Ukraine, since its independence from the Soviet Union 30 years ago, has been leaning towards integration with western Europe, especially the western region. The eastern part is more inclined towards the biopolitics of pro-Russia.

During the Revolution of Dignity in 2014, pro-Russian president Viktor Yanukovych was ousted from office. The government was unstable and military preparedness was very low. As the tension between Russia and Ukraine incremented, Russia annexed Crimea.

Also, in 2014, the Donbas region of eastern Ukraine was engaged in military conflict as part of the broader Russian-Ukrainian war. Around 14,000 casualties were reported from the battle between the Ukrainian government and Russia-backed anti-government separatist groups.

Vladimir Putin negated any involvement in the Donbas region conflict. It is no wonder that today when thousands of Russian troops are deployed by the border, people are scared.

Also Read: In Pics: Visuals Out Of Ukraine’s Frontlines As They Prepare For Russian Aggression Into The Country

Why Does Russia Want To Invade Ukraine?

The living memory of armed conflict in the Donbas and Crimea region has shifted many Ukrainians towards European institutions. Ukraine borders both the EU and Russia. It has shared opinions to join NATO, the intergovernmental defensive alliance between 30 countries. In 2024, Ukraine will apply for European Union membership.

Russia has been resisting the inclination of Ukraine both towards NATO and the EU. As Deputy Foreign Minister of Russia, Sergei Ryabkov said, “For us, it’s absolutely mandatory to ensure Ukraine never, ever becomes a member of Nato.”

Russia does not want NATO expansion in Eastern Europe. The authorities are opposing the distribution of military weapons in Ukraine.

President Putin of Russia stated even previously that NATO betrayed the former Soviet Union. NATO broke the promise taken at the end of the cold-war in 1989-1990, to not move an inch towards the east.

But actually, the promise was made to former Soviet President Mikhail Gorbachev in the context of East Germany. That too even before the disintegration of the Soviet Union. Later, Mikhail Gorbachev even added, “the topic of Nato expansion was never discussed”

Russia demands that their military activity in Eastern Europe is stopped. The Putin government wants Nato to go back to the way it was in pre-1977 borders. This alludes to the withdrawal of combat units and missiles in countries like Estonia, Latvia, Lithuania, Romania and Poland. 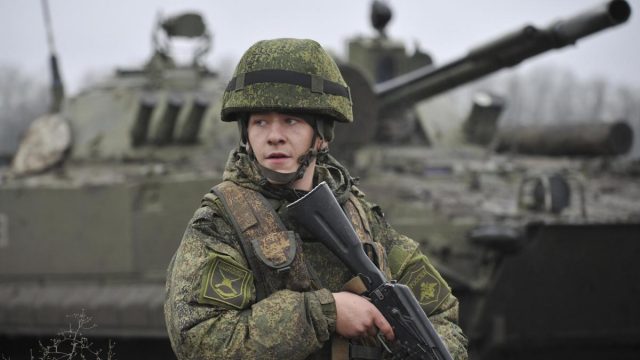 President Putin believes Ukrainians and Russians are part of one nation. The current leaders are part of the “anti-Russian project”, they are leaning towards the west.

France’s President Emmanuel Macron believes if the 2015 Minsk Agreement between Moscow and Kyiv was completed, the invasion of Russia could have been avoided. He is propounding that the agreement is the only way to end the war in East Ukraine.

The Minsk agreement brokered by Germany and France aimed towards stability after the annexation of the Crimean peninsula. It was a political settlement between the separatists and the Ukrainian government.

Both the Minsk I agreement in 2014 and the Minsk II agreement in 2015 dealt with the withdrawal of military deployments, prisoner exchanges and humanitarian aid delivery alongside other criteria. The agreement was not completed to this day, the crisis between rebels and the Ukrainian government still exists.

As days approach, the apprehension in the Ukraine terrain and the world is palpable. Do you think Russia will invade Ukraine?