Home Lifestyle Dance Performed By Dangling From Hooks That Pierce The Skin And Other... 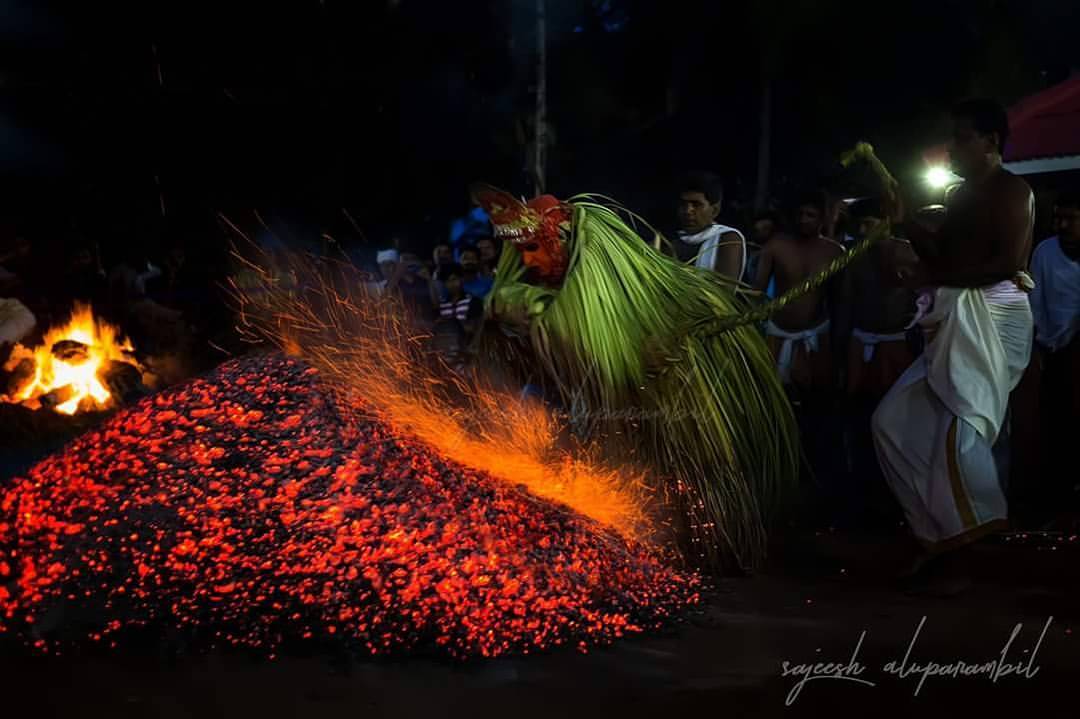 In India, the festive season never ends. Our diverse cultures ensure it and we wholeheartedly embrace it.

Along with each festival comes a package of exclusive art forms and traditions that are unique to it. Being celebrated (as well as stereotyped) as the land of fire-walkers and snake-charmers, it is no secret that we do not shy away from extreme feats on the body. It is a ceremonial art form performed in goddess Kali temples in Southern Kerala. The ritual begins with a dance by the participants who, in some regions, are dressed up like Garuda (the eagle-vehicle of Lord Vishnu). The performers are then pierced with hooks in the back, dangled from a shaft like eagles and taken around the temple as a procession.

According to Hindu mythology, Garuda was sent by Lord Vishnu to goddess Kali to quench her thirst for blood and this ritual is performed based on this belief. Theechamundi Theyyam is a variant of Theyyam, an awe-inspiring ritualistic dance form of Northern Kerala, which involves the element of fire. The Theyyam artist repeatedly jumps onto a huge pile of red-hot live coals and is pulled up on to his feet by a group of helpers.

The ritual is an offering to Narasimha – Lord Vishnu’s avatar – who saved Prahlada from being burnt alive by Hiranyakashipu (the king of Asuras). The number of times the theyyam jumps into the pile of coals represents the number of times Prahlada was thrown into the fire.

Theyyam is considered as a divine dance and the artist is raised to the status of a deity while performing. The artist’s costume is made of fresh coconut fronds and he is believed to be resistant to burns because of the spiritual elevation he has attained.

Read More: That So Called “Scary Thing”; Is A Popular Deity From Kerala: Theyyam: Demystified

Shoolam kuthu is a ritual which involves skewering through the cheeks or tongue of the devotee with a spear. It is practiced in the Subramanian/Murugan temples in Kerala.

It is observed to commemorate the event when goddess Parvati, Lord Murugan’s mother, gifted him a vel or a spear to vanquish a demon (hence, he was also called Velayudha).

It is believed that the devotee who performs this ritual is purged of evil thoughts and deeds through this painful act of self-punishment, just like Murugan eliminated the demon. The spear piercing through the devotee’s tongue or cheeks constantly reminds him of Lord Murugan. 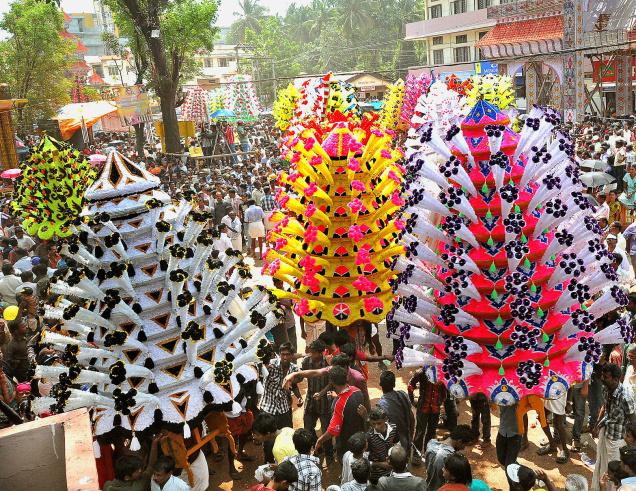 Kavadiaatam is a ritual dance that is a spectacular sight to behold. It is performed during the Thaipooyam festival in the worship of Murugan, the God of War.

The ‘kavadi’ is a semi-circular structure of wood or steel on a cross-shaped construction, which can be balanced on the shoulders of the devotees. It is usually decorated in the structure of a temple (ambalakavadi) or with flowers, leaves, and coloured papers (pookavadi), and can weigh up to 30 kgs. 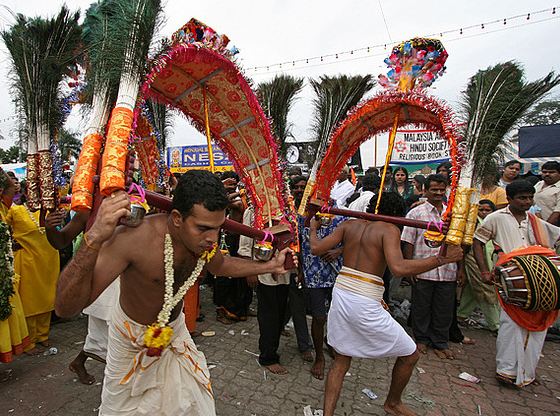 The vel kavadi is supposed to be the most stunning kavadi of all. It is a 2-meter-high, peacock feather-decked kavadi which is fastened onto the devotee’s back and chest using 108 hooks to pierce the skin.

48 days of physical and mental preparation are the foundation of the ritual. The devotees abstain from food 24 hours before the festival so that their weak bodies will have to depend on Lord Murugan for strength to bear the kavadi. Some devotees even perform the shoolam kuthu ritual before bearing the kavadi.

This ritual has its origins in Tamil Nadu but is also prevalent in the Thaipooyam festivals of Kerala in Koorkanchery and Harippad.

Let us know in the comments section below about some incredible rituals practiced in your state!

Facebook Manipulates Its Users By Telling Them What To Think, Read & Watch

An exciting new clothing brand based in Surat is making its way to your...