Start-ups have become the rage in the past decade in India. The biggest companies we know today have been start-ups and are extremely successful. Shark Tank is a show where established and successful business tycoons provide basic funding to budding entrepreneurs.

As per the show’s format, entrepreneurs present their ideas to the panel of judges based upon which they are granted a specific amount. The show has been established in India for the first time and unfortunately, has already run into multiple controversies owing to its judges’ rude comments. 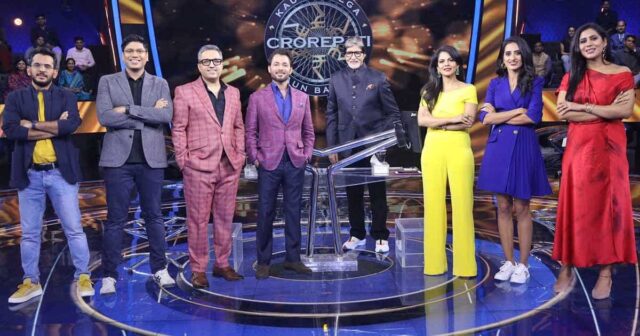 Who Are The Judges On Shark Tank?

The panel has a team of seven judges who are the people behind some of the most well-known companies in the country. The first one is Ghazal Alagh who is the co-founder and Chief of the skincare product brand, MamaEarth.

The second person on the list is Ashneer Grover who is the MD and co-founder of the BharatPe app which allows users to transfer money via UPI transactions. The co-founder and CEO of the matrimonial site Shaadi.com, Anupam Mittal sits alongside the other two.

Next, we have Vineeta Singh, the CEO and co-founder of the cosmetics brand SUGAR and Namisha Thapar, the executive director of the multinational pharmaceutical company, Emcure Pharma.

Read More: Why Do Online Brands Like Lenskart Need An Offline Presence To Succeed?

What Have Their Comments Been?

Shark Tank has been on air for a couple weeks now and the reviews pouring in have been a mix between good and horrific. People have been appreciative of the intention of the show however, most cannot let go of the rude comments the judges have been engaging in.

The episode broadcast on January 8th, 2022 saw one of the many controversies that the show is steeped in. Peyush Bansal, the CEO and co’-founder of Lenskart made an off-handed comment that led to an uproar by netizens online. 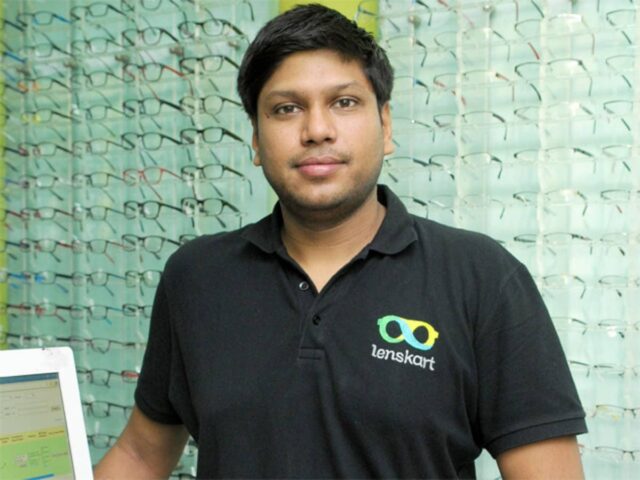 Bansal has been recorded saying,”Ek advice hai, CA se durr raho.” This comment of his led to offended viewers expressing their views and “Say No To LensKart” trending on Twitter by netizens many of which were CA and CA aspirants.

Netizens have declared the comment to be unwarranted and unnecessary. A petition has also been started on change.org demanding the removal of Peyush Bansal from the panel of judges on Shark tank India.

The petition currently has over 20 thousand signatures and says, “No one can make a mockery of professionals on National Television just for the sake of looking cool! Such people with loose talk should correct his generic comments for CAs / be banned from Shark Tank India.”

Bansal was quick to come online with a formal apology which stated, “My choice of words and the way it came out was wrong. My intent was not what came out in the show. It was a light-hearted comment made in jest, that has been taken completely out of context.”

Ashneer Grover, the co-founder and CEO of BharatPe has found himself in a serious controversy which has led him into suffering legal actions and backlash from netizens in the country. `An unverified audio clip has surfaced on social media that has him and a family member allegedly hurling abuses at a Kotak employee. 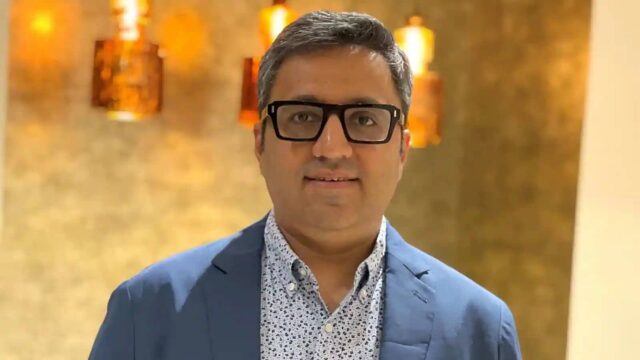 Citizens have also repeatedly called out Grover for his “disgusting and rude” behavior on the show which has led to more controversial views about the show itself.

Here Is What Netizens Have To Say

Owing to the various offensive comments, there has been a heavy backlash against both men on Twitter. Here are some things netizens have expressed: 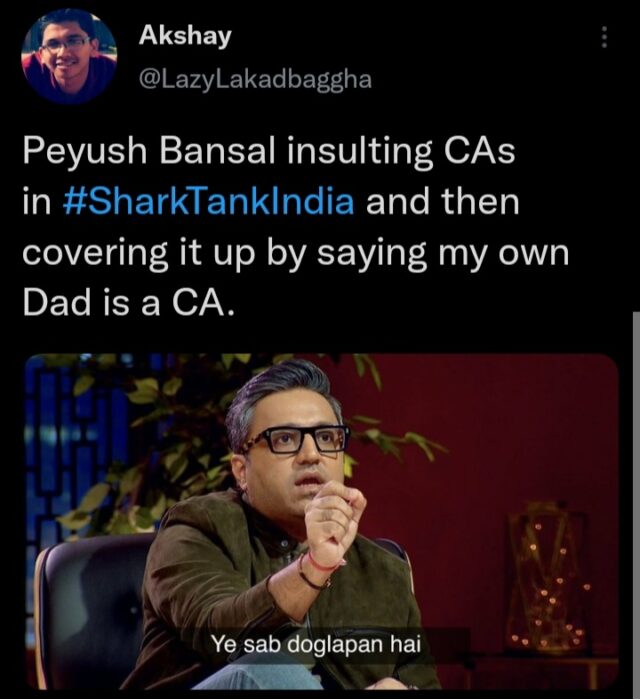 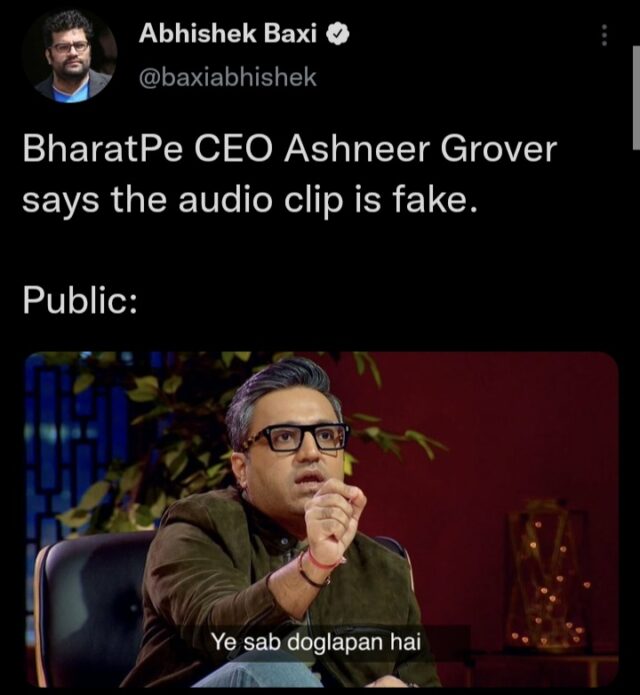 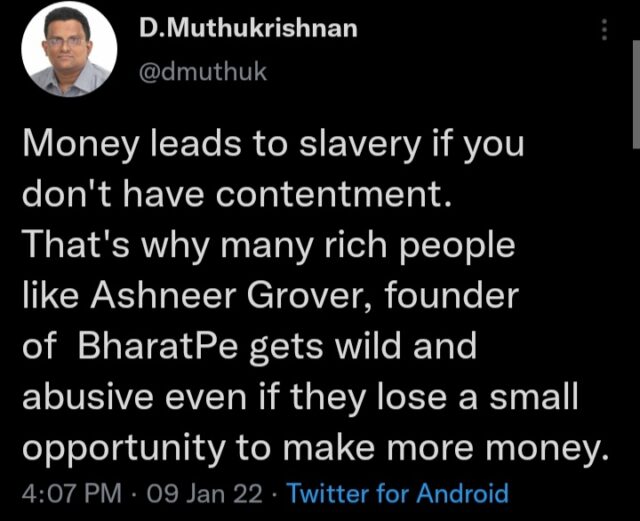 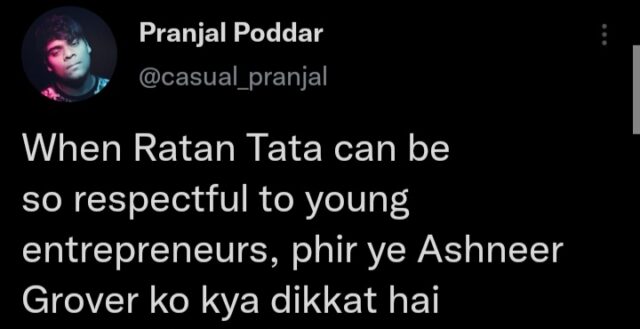 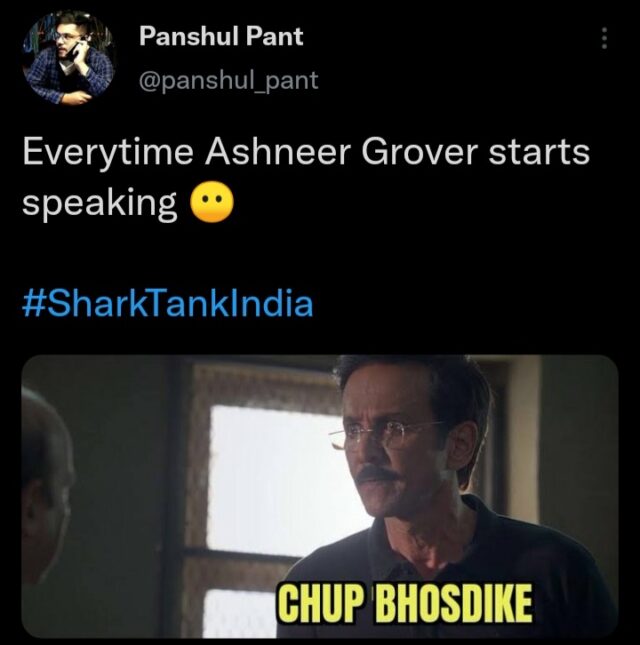 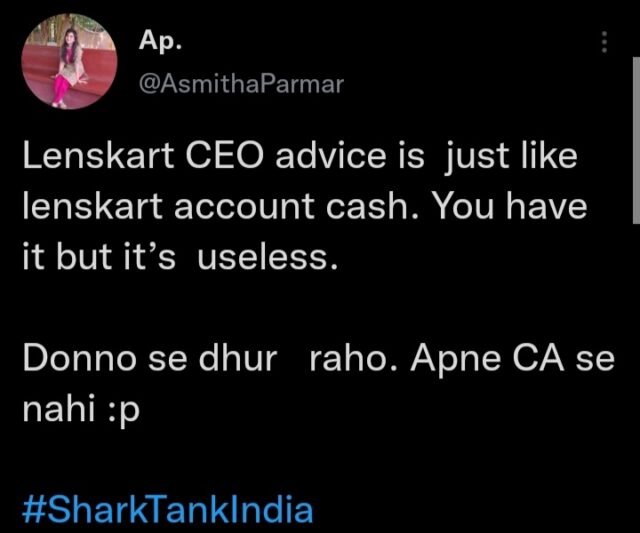 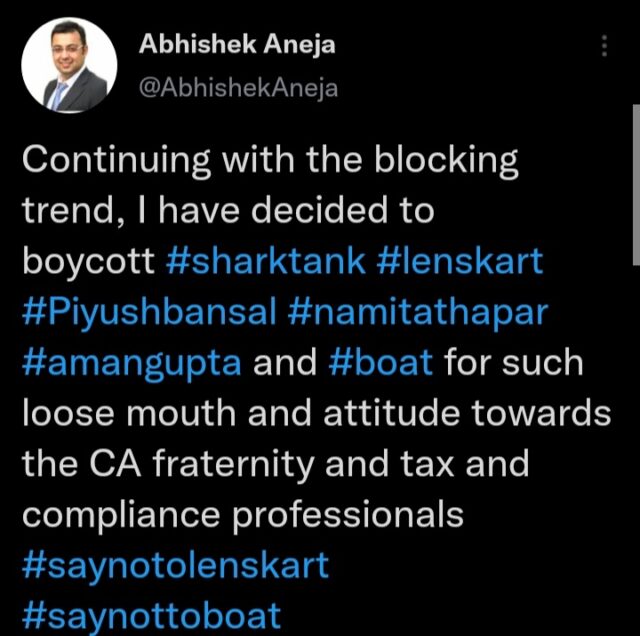 It might be a wise decision for the judges to take care of their future comments so as not to hurt the sentiments of different professions and people.